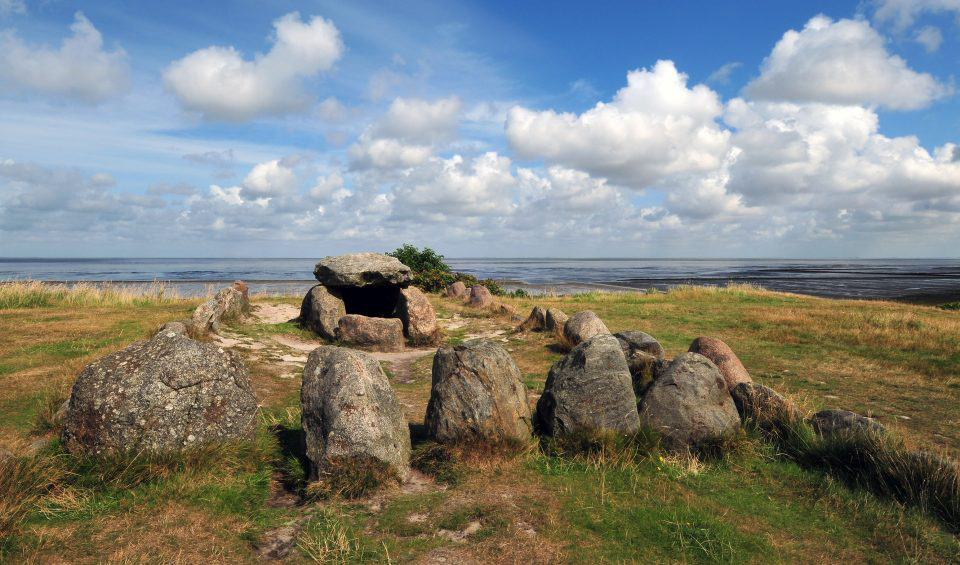 How did European megalith graves arise and spread? Using radiocarbon dates from a large quantity of material, an archaeologist at the University of Gothenburg has been able to show that people in the younger Stone Age were far more mobile than previously thought, had quite advanced seafaring skills, and that there were exchanges between different parts of Europe.

Bettina Schulz Paulsson’s study has been published in the prestigious scientific journal PNAS. With the aid of modern technology, she has been able to answer a question which has occupied researchers for over a hundred years: How and where did megalith graves arise?

Today, there are approximately 35,000 megaliths – ancient monuments constructed from one or more blocks of stone – that remain all across Europe. Most of them come from the Neolithic period (the final part of the Stone Age) and the Copper Age (the transition period between the Neolithic period and the Bronze Age) and are concentrated in coastal areas.

The question scientists have long been asking is whether the tradition of constructing megalith graves spread across Europe from a single point of origin, or if this tradition arose at different locations, independent of each other.

Bettina Schulz Paulsson, who is an archaeologist at the University of Gothenburg, has analysed more than 2,400 radiocarbon dates from megalithic, pre-megalithic and contemporaneous non-megalithic sites throughout Europe, which she collected over a 10-year period in the research literature and on field trips.

The earliest megalith graves arose 6,500 years ago over a period of 200-300 years in Northwest France, along the Atlantic coast of the Iberian Peninsula, and in the Mediterranean region.

Pre-megalithic structures were found only in Northwest France. Megalith graves emerge on the Iberian Peninsula, in the British Isles and in France in the first half of the 5th millennium BCE, and in Scandinavia during the second half of the same millennium.

In the early 20th century, researchers such as Oscar Montelius and Gordon Childe assumed that the megaliths had developed in one region (although they disagreed on where) and then spread from there. But apart from these two, until now the scientific community had thought and assumed that the construction of megalith monuments developed independently in five separate regions.

For the first time, Bettina Schulz Paulsson’s study establishes that this practice was not developed in and then spread from different places independently of each other – and also where the first ones were constructed.

“My results show that Northwest France was where Europe’s first megalith graves arose and that the megalith tradition then gradually diffused in largely three phases. All in all, the results indicate that there was great mobility via sea routes,” says Bettina Schulz Paulsson.

“This is the first time that this has actually been shown. The distribution of these graves suggests that the megalith tradition was diffused via sea routes. The maritime skills and technologies of megalithic societies appear to have been more advanced than previously thought,” says Bettina Schulz Paulsson.