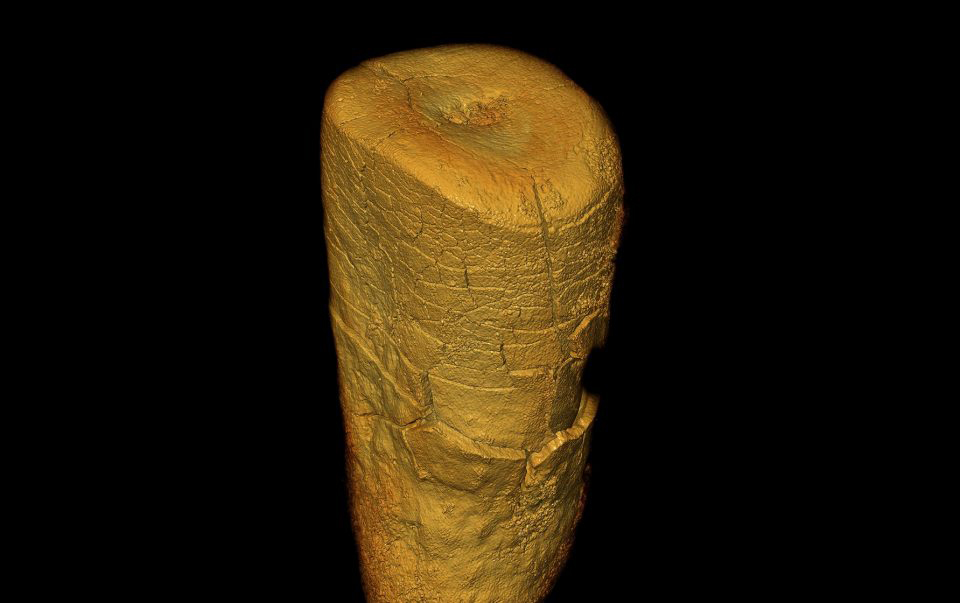 Neandertals’ diets are highly debated: they are traditionally considered carnivores and hunters of large mammals, but this hypothesis has recently been challenged by numerous pieces of evidence of plant consumption.

Ancient diets are often reconstructed using nitrogen isotope ratios, a tracer of the trophic level, the position an organism occupies in a food chain. Neandertals are apparently occupying a high position in terrestrial food chains, exhibiting slightly higher ratios than carnivores (like hyenas, wolves or foxes) found at the same sites. It has been suggested that these slightly higher values were due to the consumption of mammoth or putrid meat. And we also know some examples of cannibalism for different Neandertal sites.

Paleolithic modern humans, who arrived in France shortly after the Neandertals had disappeared, exhibit even higher nitrogen isotope ratios than Neandertals. This is classically interpreted as the signature of freshwater fish consumption. Fishing is supposed to be a typical modern human activity, but again, a debate exists whether or not Neandertals were eating aquatic resources. When Klervia Jaouen, a researcher at the Max Planck Institute for Evolutionary Anthropology and first author of the study, and collaborators discovered high nitrogen isotope ratios in the collagen of two Neandertals falling in the range of modern humans, they wondered whether this could a signature of regular fish consumption.

The Neandertals come from Les Cottés and Grotte du Renne, in France, two sites where no fish remains have been found. However, the measurements were performed on a tooth root, which recorded the diet between four to eight years of the individual’s life, and on a bone of a one-year-old baby. These high nitrogen isotope ratios could also indicate that the Neandertals were not weaned at this age, contradicting in the case of the Les Cottés Neandertal (the one whose tooth root was analyzed) former pieces of evidence of early weaning around one year of age. In other words, many explanations (e.g. freshwater fish consumption, putrid meat, late weaning or even cannibalism) could account for such high values, and identifying the factor involved could change our understanding of Neandertals’ lifestyles.

“Using this technique, we discovered that the Neandertal of Les Cottés had a purely terrestrial carnivore diet: she was not a late weaned child or a regular fish eater, and her people seem to have mostly hunted reindeers and horses”, says Jaouen. “We also confirmed that the Grotte du Renne Neandertal was a breastfeeding baby whose mother was a meat eater”. Interestingly, this conclusion matches with the observations of the zooarcheologists.

The study also illustrates the importance of this new isotope technique for future investigations into ancient human and Neandertal diets. Using compound-specific isotope analysis allowed the researchers not to misinterpret the global nitrogen isotope ratio which was exceptionally high. Michael P. Richards of the Simon Fraser University in Canada comments: “Previous isotope results indicated a primarily carnivorous diet for Neandertals, which matches the extensive archaeological record of animal remains found and deposited by Neandertals. There has recently been some frankly bizarre interpretations of the bulk isotope data ranging from Neandertals primarily subsisting on aquatic plants to eating each other, both in direct contrast to the archaeological evidence. These new compound-specific isotope measurements confirm earlier interpretations of Neandertal diets as being composed of mainly large herbivores, although of course they also consumed other foods such as plants.”

In addition to confirming the Neandertals as terrestrial carnivores, this work seems to indicate that these hominins had a very monotonous diet over time, even once they had started to change their material industry, possibly under the influence of modern humans. The baby Neandertal of Grotte du Renne was indeed found associated to the Châtelperronian, a lithic technology similar to that of modern humans. Late Neandertals were therefore very humanlike, painting caves and wearing necklaces, but unlike their sister species, did not seem to enjoy fishing.

Jean-Jacques Hublin, director of the Department of Human Evolution at the Max Planck Institute for Evolutionary Anthropology, comments: “This study confirms that when Homo sapiens arrived in Europe and met Neandertals, they were in direct competition for the exploitation of large mammals”. “The systematic use of the combination of CSIA and radiocarbon dating will help to understand if the two species really had the same subsistence strategies during those crucial times”, concludes Sahra Talamo, a researcher at the Leipzig Max Planck Institute.