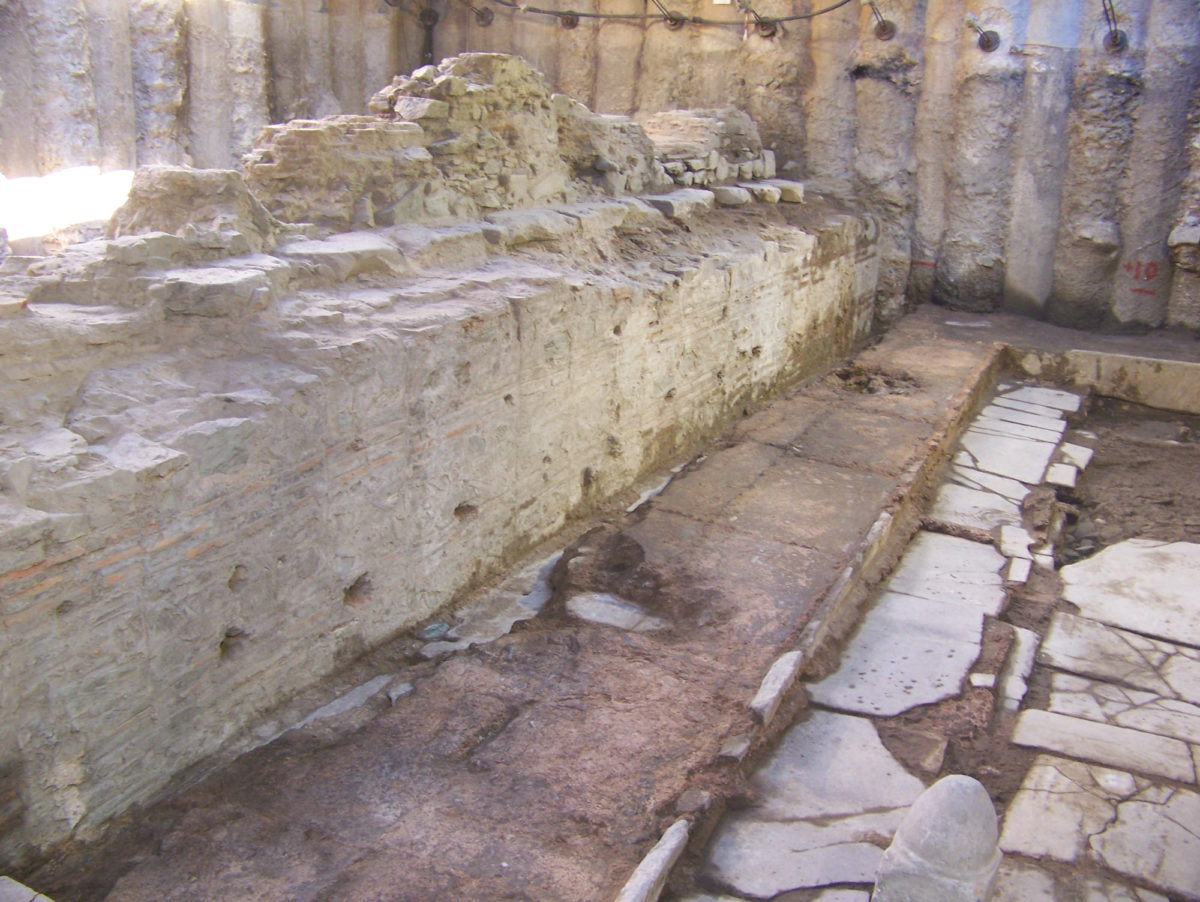 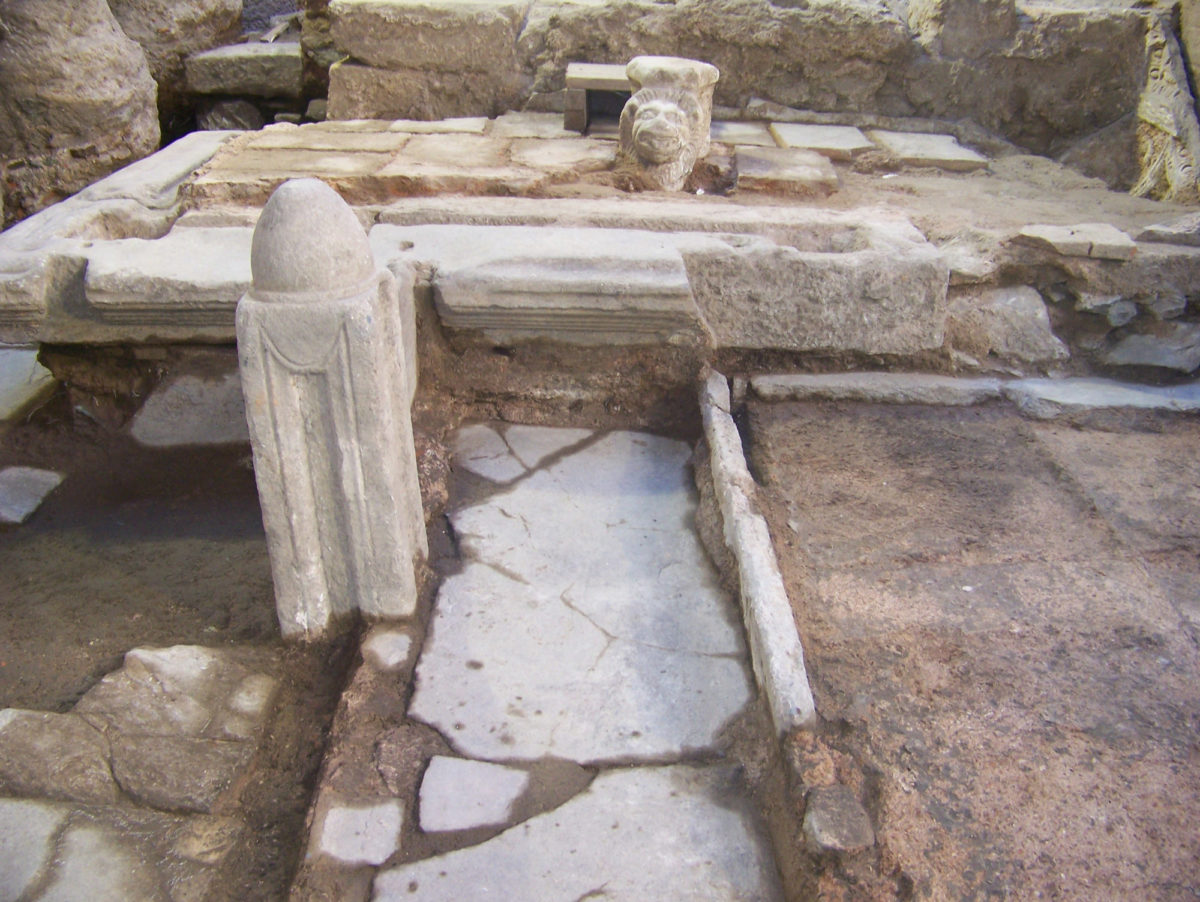 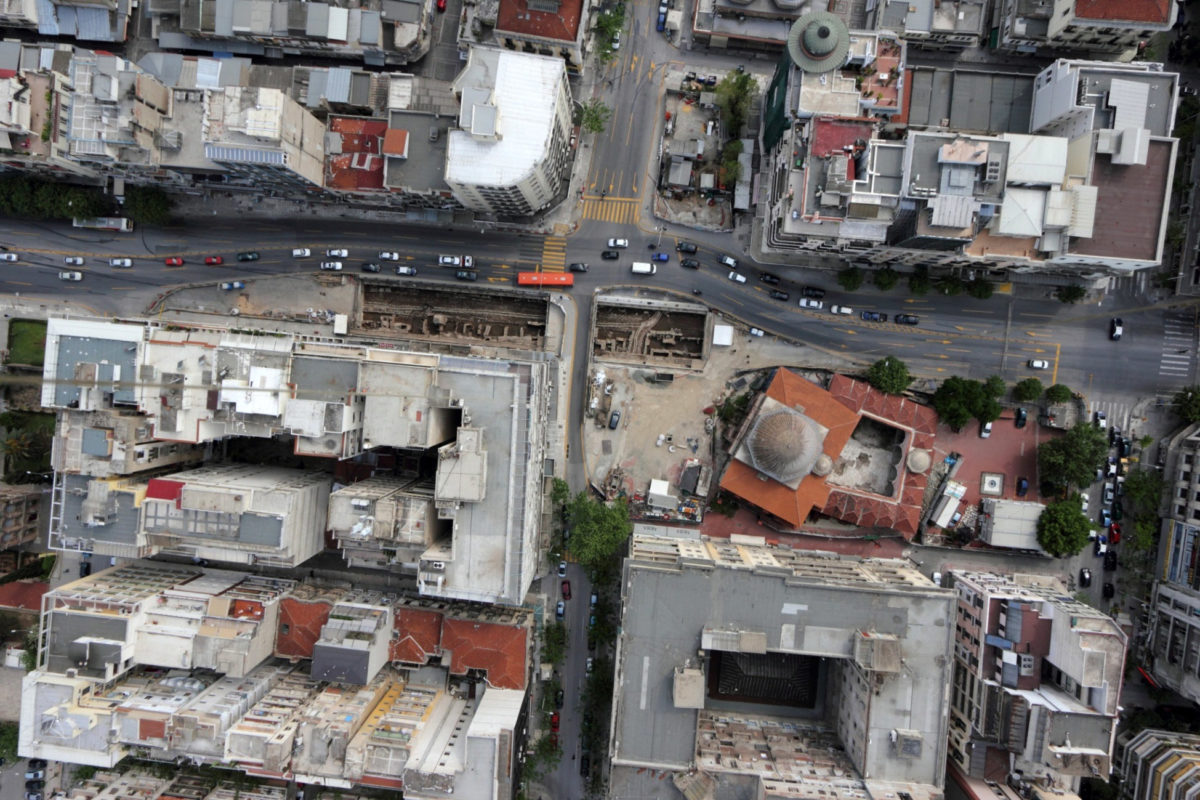 ‟New facts about Hellenistic Thessaloniki resulting from excavations in the Metro” were presented by Polyxeni Veleni, Director of the General Ephorate of Antiquities, in her report at the 32nd meeting on the Archaeological Work in Macedonia and Thrace.

In Hellenistic times, had Thessaloniki originally been a long and narrow city with hills and plains, starting from the Upper Town and reaching the sea?

Questions have already been raised by an early construction of a wall, built of green slate and stones transversely positioned, 60 to 90 centimeters wide, located during extensive excavations at Agia Sophia Station while constructing the Metro and whose use as yet cannot be interpreted.

“Could it be the city’s first wall? A fact supporting this hypothesis is the location of a long section of a wall on the same axis and with a southward direction in the western courtyard of the Vlatades Monastery. If that is the case, then we are probably looking at an originally long narrow city built on hills and plains, starting from the Upper Town and reaching the sea”, said Mrs Veleni, noting that “on the occasion of this important work of infrastructure for the city, the opportunity was given to satisfactorily investigate and study Thessaloniki’s stratigraphy from its founding up to its recent history, arriving at more certain results and formulating new theories and interpretations”.

Thessaloniki and its urban development has been the subject of research since the 1960s. At the end of the 1990s, M. Witti’s doctoral thesis had collected all archaeological and excavation data available at the time, while the matter occasionally resurfaced when smaller excavations were conducted on plots in the city’s historic center about to be built on. Data of the Hellenistic city was poor and insufficient to build up an image of early Hellenistic Thessaloniki. The most indisputable historical fact of the existence of a Hellenistic city is its founding by Kassandros in 315 BC, with a settlement around the Thermaic Gulf made up of 26 neighbouring villages. The city, which evolved into a major urban center of the Macedonian kingdom during Hellenistic times, seems to have taken advantage of the fortified northern slopes of the region during the early years of its establishment, while also spreading out towards the plains, exploiting its closeness to the sea. Many interesting discussions and theories, whether compatible or contradictory are constantly reemerging about the city’s boundaries, the area it covered and its organization, in an attempt to recreate its founding phase.

Mrs Veleni also mentioned the Hellenistic remains that resulted from excavations while working on the Metro at the Venizelos Station (where at its south entrance that coincides with Kapnergates Square and in an area of 0.24 acres, new excavations are starting this coming autumn which will last for about a year).

As Mrs Veleni also announced in her report, more detailed facts about more accurate dating of the excavations’ Hellenistic strata will be presented at an upcoming two day conference organized in Thessaloniki by the Ministry of Culture and the Ephorate of Antiquities of the City of Thessaloniki.

The two-day event called “Excavations on track” will be held on April 11 and 12 and will present archaeological finds from excavations  conducted while roads are being opened for installing fixed-track vehicles throughout the country (from the Athens Metro, the tram of Piraeus and others).