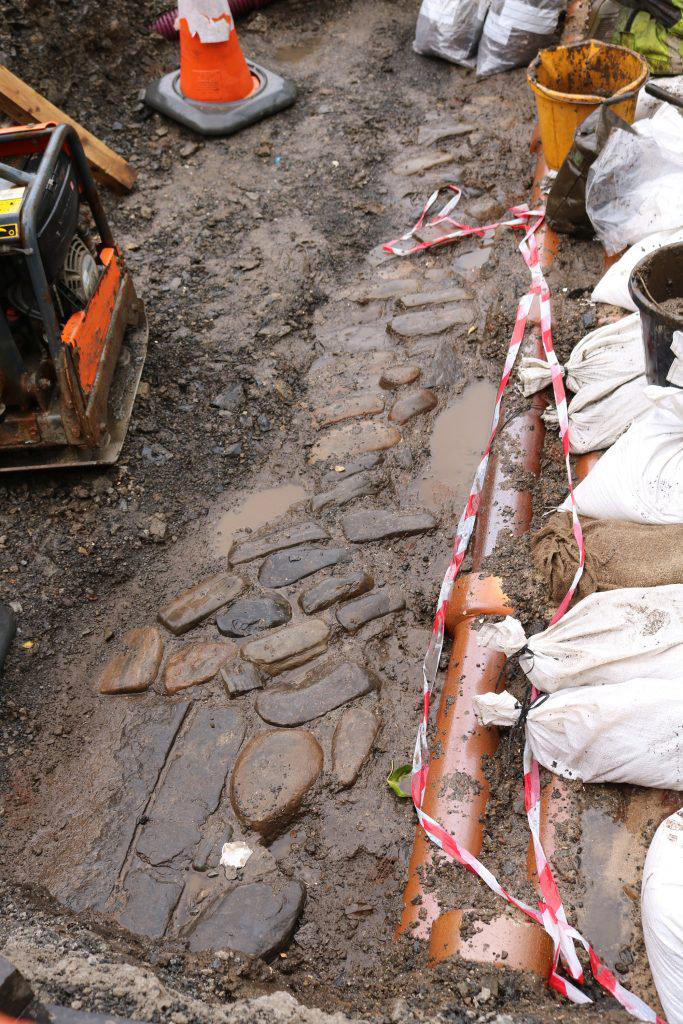 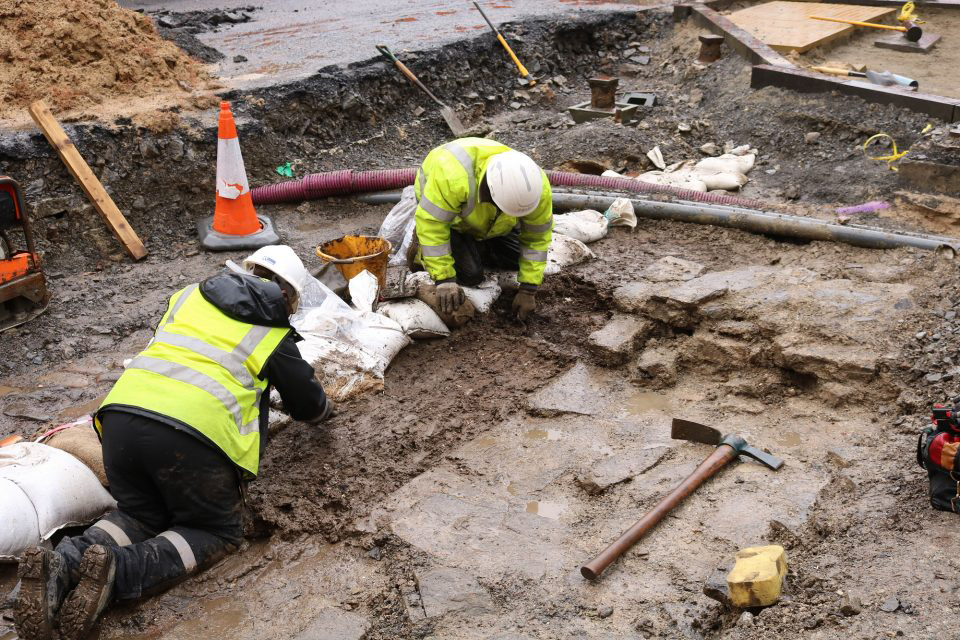 A team from ORCA Archaeology unearthed sections of wall and cobbled surface this week while undertaking a watching brief for an Orkney Islands Council infrastructure project in the centre of Kirkwall.

To date, three walls in total have been uncovered during the works. One substantial wall set back from the road junction is built using immense stone blocks and lime mortar indicating that it is part of the now demolished fourteenth-century Kirkwall Castle.

The castle itself was built without royal consent in the late fourteenth century by Earl Henry Sinclair while Orkney was still ruled by Scandinavian kings and was said to be one of the strongest castles in the realm. In the early seventeenth century the castle saw action when it was defended by the rebellious Stewart Earls against the Scottish King’s forces under the Earl of Caithness. The structure was so strong that cannon balls were said to “split like wooden golf balls against the walls”.

Following the siege, an order was given by the Scottish King James VI to dismantle the castle in 1615 so that it could not be used again as a centre of rebellion. This process of destruction was completed in 1865 when the remaining structure was demolished to make way for Castle Street. There are now no visible signs of this immense fortification to be seen above ground, although previous building works in the 1980s revealed massive stone walls close to the present site which most likely were the foundations of the castle.

While the ORCA Archaeology team continues to dig the fascinating and substantial finds, the road project continues.

Pete Higgins, Senior Project Manager ORCA Archaeology commented, “This is an area of the city that we know was the site of the castle and it is exciting to see the remains of the possible curtain wall and part of the fourteenth-century Kirkwall Castle in situ.”

The whole site will be recorded, added to the historical archive and covered over again so that the infrastructure works can progress without delay.