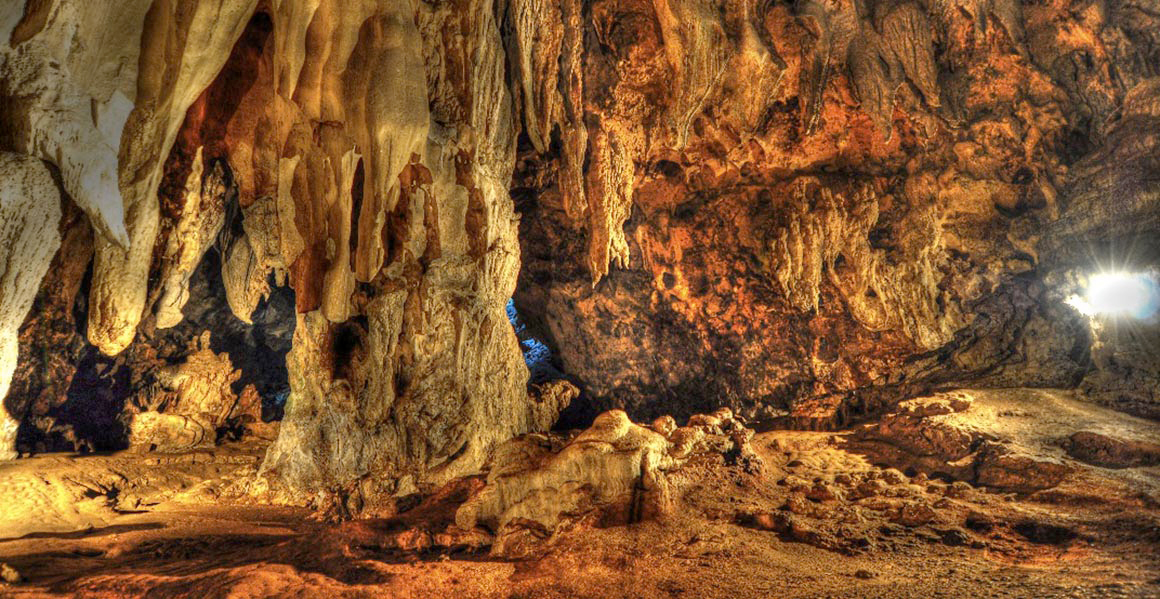 New species of ancient human discovered in the Philippines

A new branch has been added to the human evolutionary tree after a species of small, ancient human, Homo luzonensis, was described from the Philippines.

The discovery of the fossils has been made in Callao Cave on the island of Luzon, Philippines, and echoes those made in 2004 when the diminutive human species Homo floresiensis was revealed.

At the time, H. floresiensis sent shockwaves through the archaeological world as many questioned the likelihood of a small human species living on the island of Flores in Southeast Asia, but this latest find appears to feed into that narrative.

The researchers have found 13 bones dating to about 67,000 years ago from at least three separate individuals in the sediment of a cave. These have been attributed to a new species of human called Homo luzonensis.

The size of these remains suggests that the humans to whom they once belonged were also short of stature, not unlike those identified from H. floresiensis.

Prof Chris Stringer, a merit researcher at the Museum and expert on human evolution, says, ‘Given the small sample of fossils, some scientists will question the wisdom of creating a new species based on such limited material.

‘Others such as me wonder whether the Luzon finds might eventually turn out to be a variant of the already known Homo floresiensis. We know that island isolation can be a catalyst for some odd evolutionary changes, including reversions to apparently primitive states.

‘Nevertheless, for the moment it is probably reasonable to accept the new species while awaiting more finds.’

In recent years, the timeline of human evolution has shifted from being that of a simple tree as new species evolved and branched off, to something of a thicket.

More and more ancient human species have been found to survive to within the last 100,000 years, suggesting that in some places, at least, there may have been significant overlap between our own ancestors and these ancient species.

Southeast Asia, in particular, was once home to numerous species of human.

In an early migration out of Africa, the incredibly successful Homo erectus made it to China and Indonesia, while it is thought that the more enigmatic Denisovans (a relative of the Neanderthals) may even have reached the vicinity of Papua New Guinea.

The seafaring ability of these early humans was often called into question, until H. floresiensis was found on of the island of Flores.

When the small humans were alive, there would have been a deep channel isolating the island, raising the question of whether the species’ ancestors rafted across accidently or were actively exploring the region.

The presence of H. luzonensis in the Philippines only adds to this, as the island of Luzon has never been attached to the Asian mainland, meaning that their ancestors must have crossed the ocean somehow.

The cave in which H. luzonensis was found was first explored in 2003. When the researchers uncovered nothing of note after excavating a few metres of the sediment they abandoned the site. With no reason to assume that ancient humans had once made it over to Luzon, there was no reason to explore further.

That was until the human remains found on Flores hit the headlines. Suddenly, it was shown that ancient humans could reach these seemingly inaccessible islands, so the researchers went back to Callao Cave in 2007 to dig a little deeper.

In a layer of animal bones that dated to 67,000 years ago, they made the discovery of a nearly complete human foot bone. Further excavations revealed more human material.

Prof Philip Piper from the Australian National University, and co-author of the paper published in Nature, says, ‘The fossil remains included adult finger and toe bones, as well as teeth. We also recovered a child’s femur. There are some really interesting features — for example, the teeth are really small.

‘The size of the teeth generally — though not always — reflect the overall body-size of a mammal, so we think Homo luzonensis was probably relatively small too.

‘Exactly how small we don’t know yet. We would need to find some skeletal elements from which we could measure body-size more precisely.’

The features of the remains show an intriguing mix of both modern and ancient aspects. For example, while the teeth look more like those of modern humans, the hands and feet seem to match more closely with the australopithecines, who last walked the earth some two million years ago in Africa.

The finding of the remains of another short human on a different Southeast Asian island, coupled with the primitive features, raises intriguing questions. Are the ancient humans on Flores and those on Luzon closely related? Or are they separate species that have both succumbed to island dwarfism?

‘Some will argue that the primitive features of H. luzonensis are evidence of a pre-Homo erectus dispersal out of Africa, perhaps more than two million years ago,’ says Chris. ‘H. floresiensis and H.luzonensis would represent some of the last survivors of that primitive early wave, lingering on at the fringes of the inhabited world.

‘Others would prefer to regard these island forms as descendants of Homo erectus, subject to isolation and island dwarfing over a considerable period of time.’

Only with the discovery of more ancient human remains on both Luzon and other Southeast Asian islands will the answers to some of these questions begin to be unravelled.