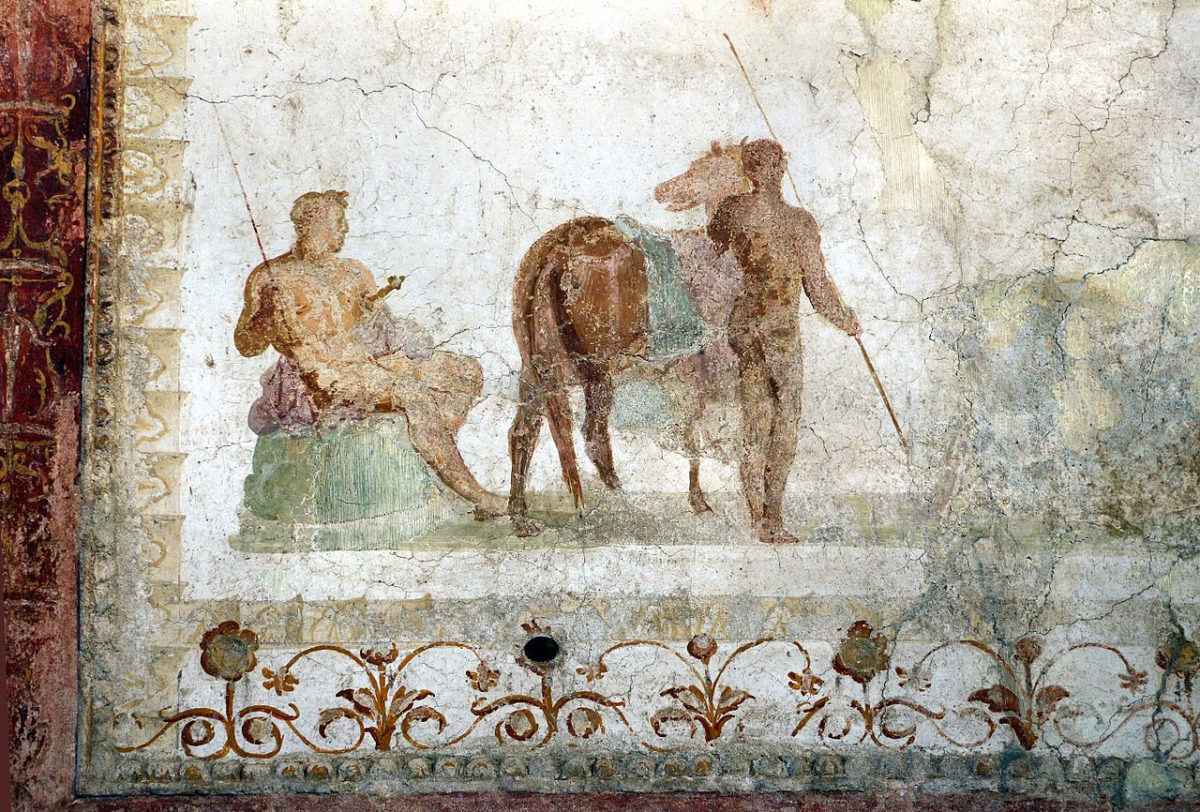 Nero’s first palace is again open to the public

After a decade of restoration

The first palace of the Emperor Nero (37-68 AD) that had been destroyed by the Great Fire of Rome, opens again to the public, following a decade of restoration work.

While it had once been a luxurious palace, decorated with gold leaf, precious stones and mother of pearl—as described by Suetonius the historian—nothing now remains other than ruins; visitors can admire the … toilets situated right next to it and very well preserved.

The 800 m2 Domus Transitoria (Transit House) was built to relieve the emperor from the intolerable heat of the Roman summer: according to archaeologists, Nero probably sat on a marble throne facing a row of fountains, in the shade of a silk tent. He did not however enjoy his palace for long (named ‟Transit” because it linked the Palatine and Esquilino hills). On the night of July 18 in 64 AD, a fire broke out in Rome. The flames raged for a week, destroying the Eternal City along with the magnificent palace.

Nero immediately designed and built a new palace, the huge Domus Aurea (The Golden House), a complex of buildings with gardens, arbours and even an artificial lake.

The irony of fate was that the buildings that most withstood the damage of time were the toilets most probably constructed for the workmen and slaves that worked on this large building site. The walls were painted red to hide the dirt and a channel with water ran in front of the toilets for them to be cleaned after their use.

Down to our times, legend has it that Nero himself had ordered the burning of the city. Tacitus the historian writes that the emperor accused the first Christians of the fire and they were savagely persecuted.

Whatever had not been destroyed by the fire on the site of the Domus Transitoria was subsequently ruined by Nero’s successors. Most of the columns, paved floors and marble walls were used to build the Baths of Trajan (53-117 AD).

The building has recovered its opulence and original colours thanks to two video presentations and a guided tour of the site with virtual reality.

Nero, a lover of myths and the Iliad, had asked for the ceilings of the palaces to be painted with scenes from the Trojan War. Some of these works are exhibited today in the Palatine Museum. These frescoes are attributed to the painter Famulus, whose works at the Domus Aurea palace deeply influenced Renaissance painters such as Raphael.

‟The visitor will experience, thanks to virtual reality, the architectural genius of the emperor and his experimentations with marble and decoration” explained Alfonsina Russo director of the archaeological site that includes the Colosseum.