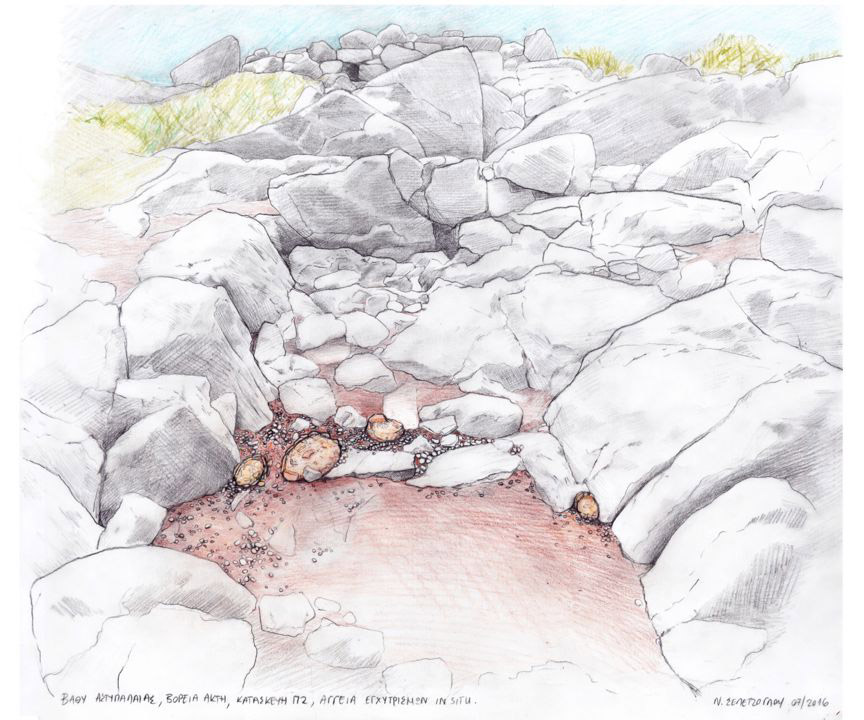 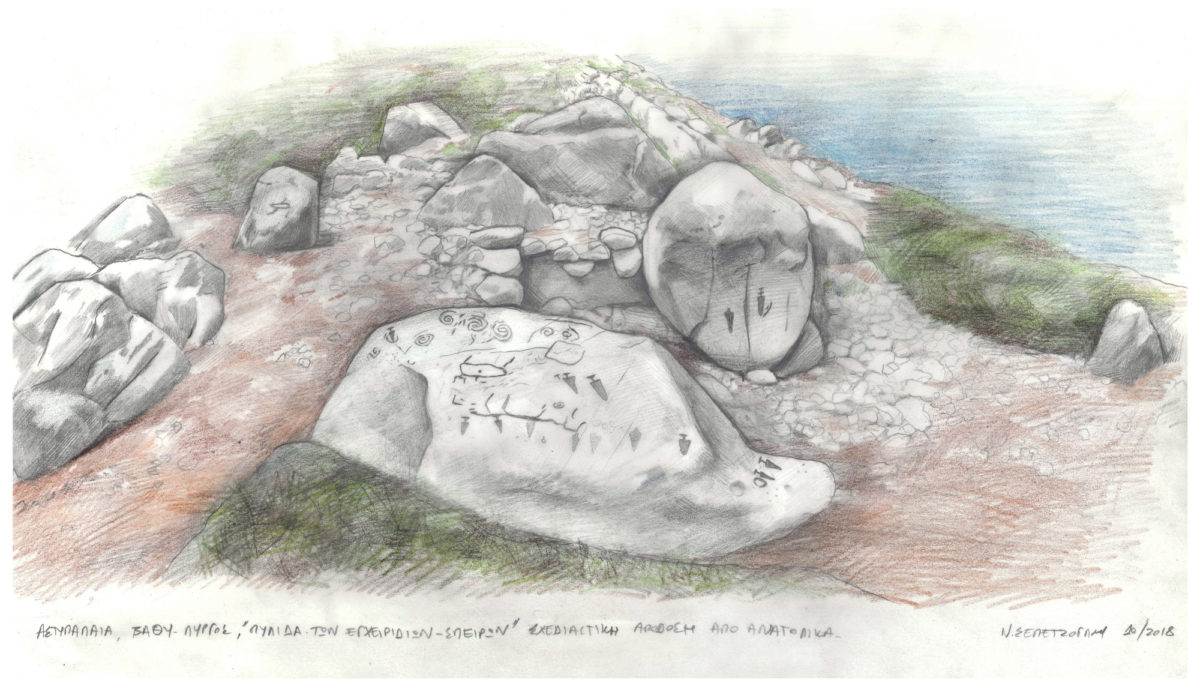 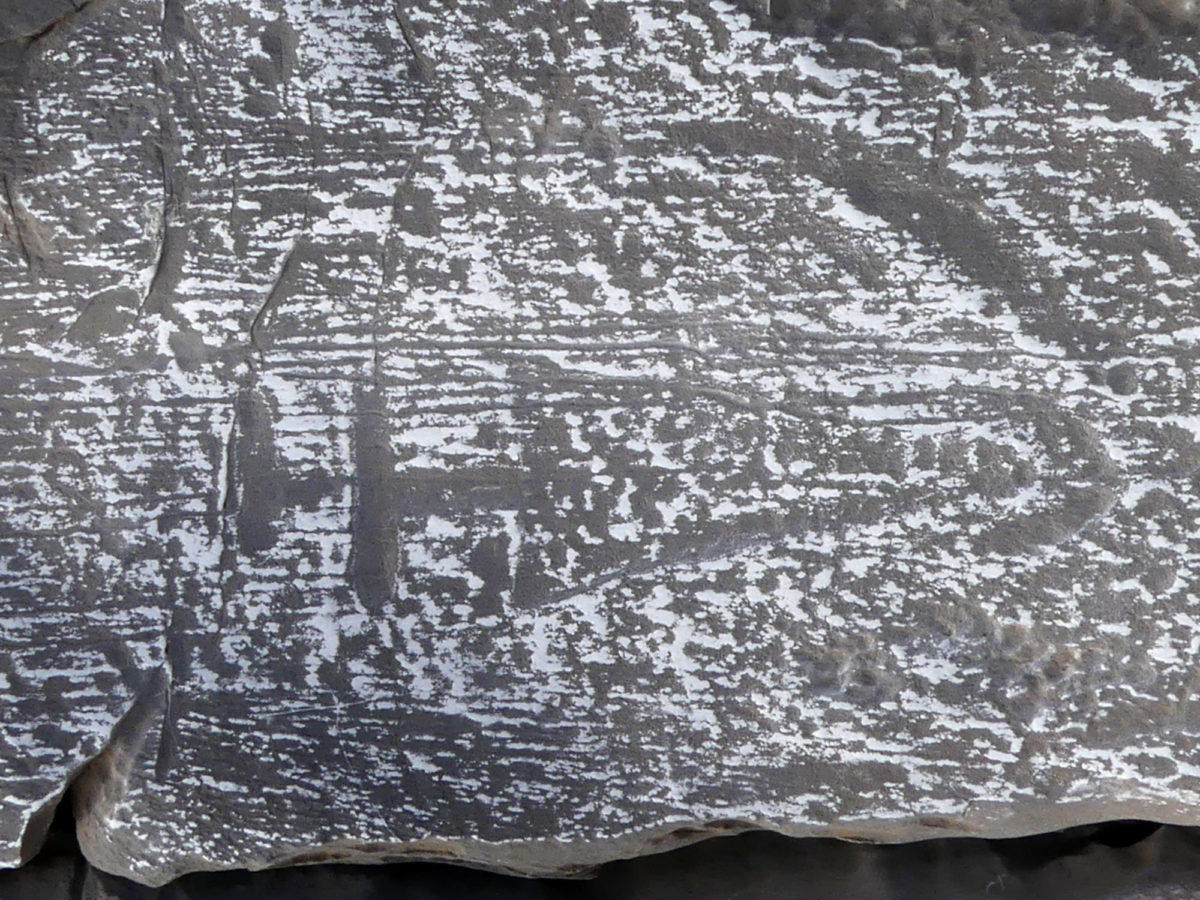 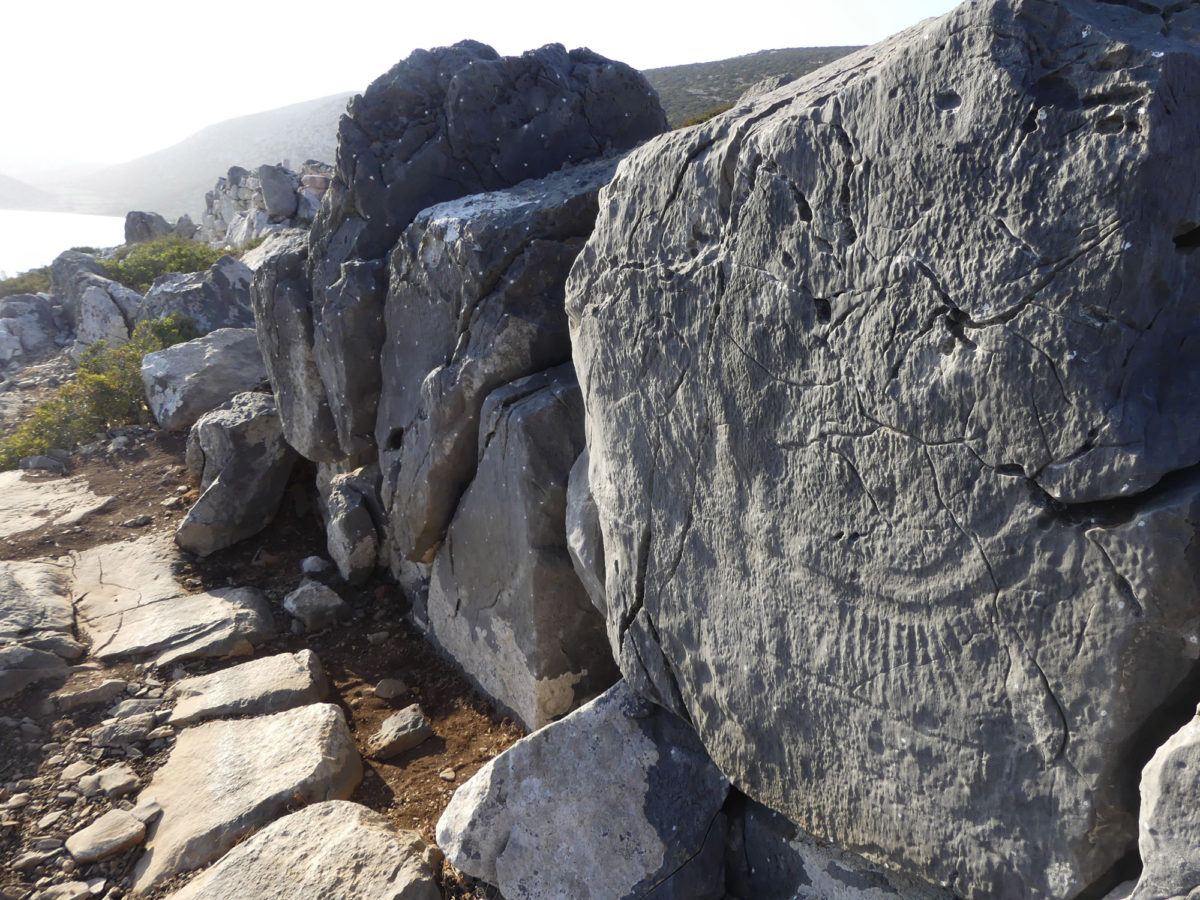 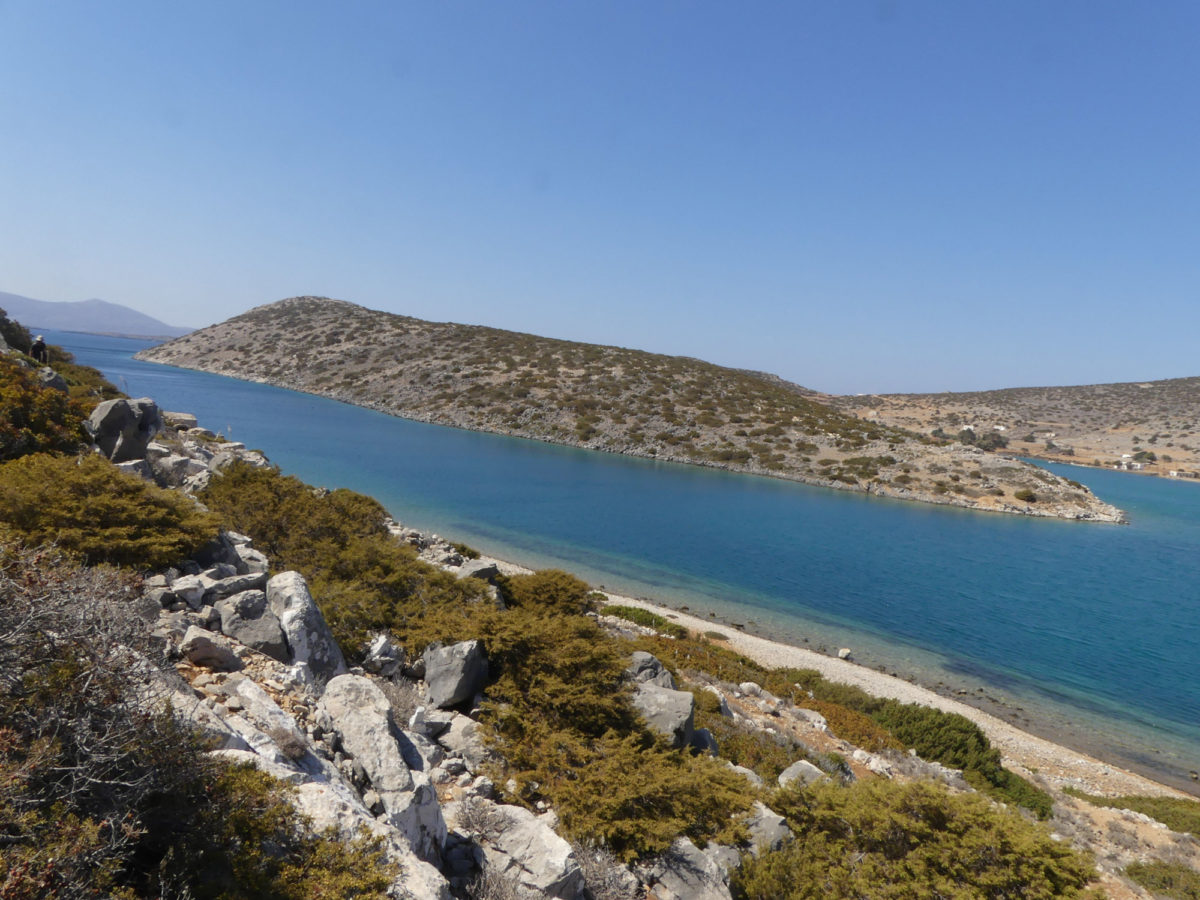 Vathi on Astypalaia: A palimpsest of the Aegean islands through time

“Vathy, Astypalaia: a palimpsest of the Aegean islands through time” is the topic of the lecture to be given by Andreas G. Vlachopoulos (Associate Professor of Archaeology at the University of Ioannina) on Wednesday April 17, 2019 at 19.00 at the Archaeological Museum of Thessaloniki.

Since 2011, archaeological fieldwork is being conducted at the site of Vathy on Astypalaia, under the auspices of the Archaeological Society at Athens with the support of the University of Ioannina.

As mentioned by Andreas Vlachopoulos ‟Vathy is a naturally protected peninsula controlling the narrow access from the open sea to the gulf by that name, thus securing a complete monitoring of a wide area of land and sea. An acropolis was established at the tip of the peninsula, on Cape Elleniko, between the late 4th and early 3rd millennium BC, whose circuit and retaining walls built of boulders are visible today. A square tower with surrounding ancillary buildings was constructed on the peninsula’s upper level in the late 4th century BC. Inscriptions however, from the early 6th to late 5th century BC testify to continuous human activity in the region.

In the course of the site’s intensive surface survey and systematic excavation, studies were made of a large quantity of diagnostic pottery from the late 4th to early 3rd millennium BC, along with stone tools and vessels, metal objects and other artefacts. Finds such as two violin-shaped figurines and an Early Bronze Age stone seal redefine the geographical limits of Early Cycladic culture, proving that Astypalaia was part of its territory. The contribution of ceramics has been catalytic in determining these early horizons, which, on the one hand, have a “Neolithic” quality, and on the other, demonstrate an early connection of Astypalaia with the Cyclades and the coast of Asia Minor.

Nine jar burials of full term infants, carefully grouped in two Π-shaped platforms on the coast, make up a rare chronologically homogeneous horizon, with the shapes of pottery dating to the transition from the Final Neolithic to the Grotta-Pelos culture of the Cycladic synchronisms. The deposition of stone tools, jewellery, seashells, fruits, seeds and portions of meat around the jar burials point to these goods being used as burial offerings, and shed light on the community’s ritual behaviour in honouring its dead infants.

The most important find from the fieldwork at Vathy was the identifying and studying of a large number of prehistoric rock carvings over a wide area of both quarried and natural peninsula rocks. It was ascertained that on three paths terminating at gateway-entrances to the acropolis there were large-scale rock carvings of ships, daggers and spirals, which can be distinguished particularly at sunrise. More rock carvings of humans, quadrupeds, chequer boards, arrows, axes, human footprints etc. were identified at other points of the peninsula, such as the coastal retaining walls, the stone enclosure wall of the acropolis and the bedrock of the peninsula’s upper level.

The Astypalaia rock carvings create a dense pictorial map of repetitive and meaningful visual and mental symbols, which should be decoded by modern research. The ‟reading” of the Vathy rock art motifs, assisted by the earlier rock art of coastal Asia Minor and mainly their Early Bronze Age parallels in the Cyclades, contribute in a timely way to our understanding of this cosmological ‟koine″ of symbols across the Aegean.

The findings at Vathy, their affinities and chronological correlations, substantiate and verify Astypalaia’s crucial geographical position, as an island-station and a passage from the Cyclades to the Dodecanese islands and Asia Minor coast. The settlement at Vathy combines Cycladic, Dodecanese, and Asia Minor features, without Astypalaia’s contacts being exhausted in these regions.”

This particular event aims to acquaint the public of Thessaloniki with important archaeological sites in Greece, new excavations, interdisciplinary research and their findings.