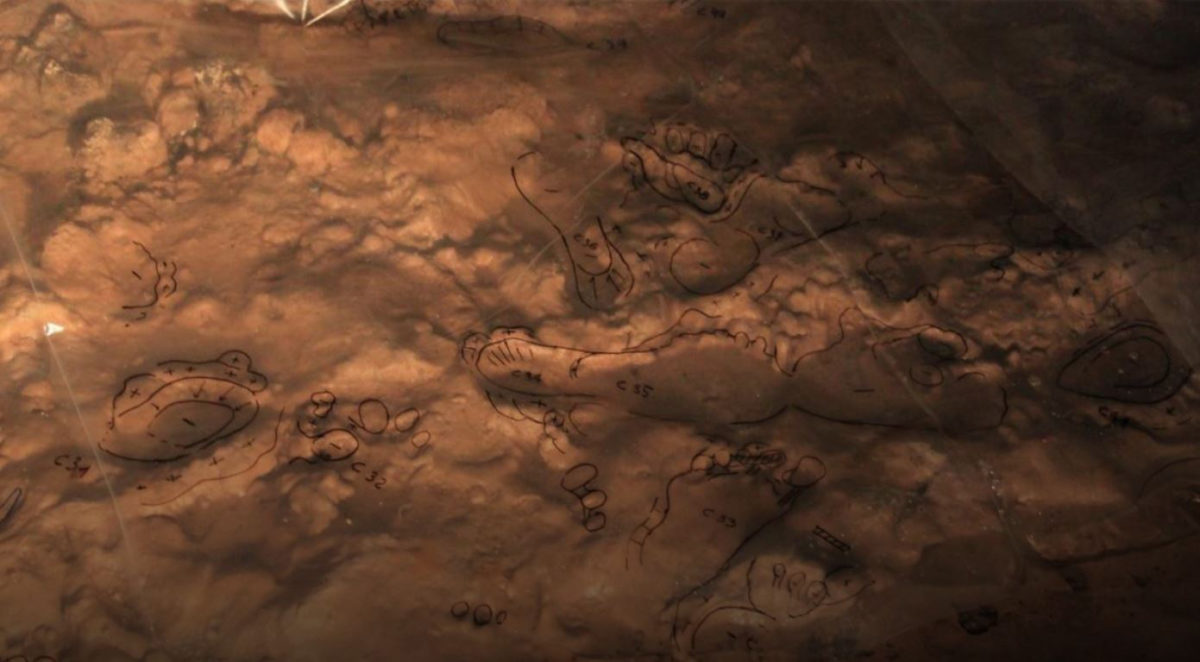 Evidence of crawling in an Italian cave system sheds new light on how late Stone Age humans behaved as a group, especially when exploring new grounds.

The cave of Bàsura at Toirano and its human and animal fossil traces have been known since the 1950s, with the first studies conducted by Italian archaeologist Virginia Chiappella. In the current study, promoted by the Archaeological Heritage Office of Liguria, researchers from Italy, Argentina and South Africa used multiple approaches to analyse the human traces and identified for the first time crawling behaviours from around 14,000 years ago.

“In our study, we wanted to see how ancient humans explored this fascinating cave system,” says first author Marco Romano, Postdoctoral Fellow at the University of the Witwatersrand, South Africa. “Specifically, we set out to discover how many people entered the cave, whether they explored as individuals or as a group, their age, gender and what kind of route they took once inside the cave.”

To answer these questions, the multidisciplinary team studied 180 tracks from within the cave, including foot and handprints on the clay-rich floor. They applied various modern dating methods, software that analyses the structure of the tracks, and different types of 3D modelling. “Together, these approaches allowed us to construct a narrative of how the humans entered and exited the cave, and their activities once they were inside,” Romano explains.

The team determined that five individuals, including two adults, an adolescent of about 11 years old, and two children of three and six years old, entered the cave barefoot and illuminated the way using wooden sticks. This suggests that young children were active group members during the late Stone Age, even when carrying out apparently dangerous activities.

The researchers reported the first evidence of crawling in footprints from a low tunnel – a route that was taken to access the inner part of the cave. Anatomical details in the footprints suggest that the explorers went bare-legged as they navigated this pathway.

When analysing the various handprints, the team found that some of them appear ‘unintentional’ and relate to exploring the cave only, while others are more ‘intentional’ and suggest that social or symbolic activities took place within the inner chambers. “Hunter-gatherers may therefore have been driven by fun activities during exploration, as well as simply the need to find food,” Romano adds.

“Together, our results show how a varied approach to studying our ancestors’ tracks can provide detailed insights on their behaviour,” concludes senior author Marco Avanzini, head of the geology department at MUSE – Trento Museum of Science, Italy. “We hope our approach will be useful for painting similar pictures of how humans behaved in other parts of the world and during different periods of time.”