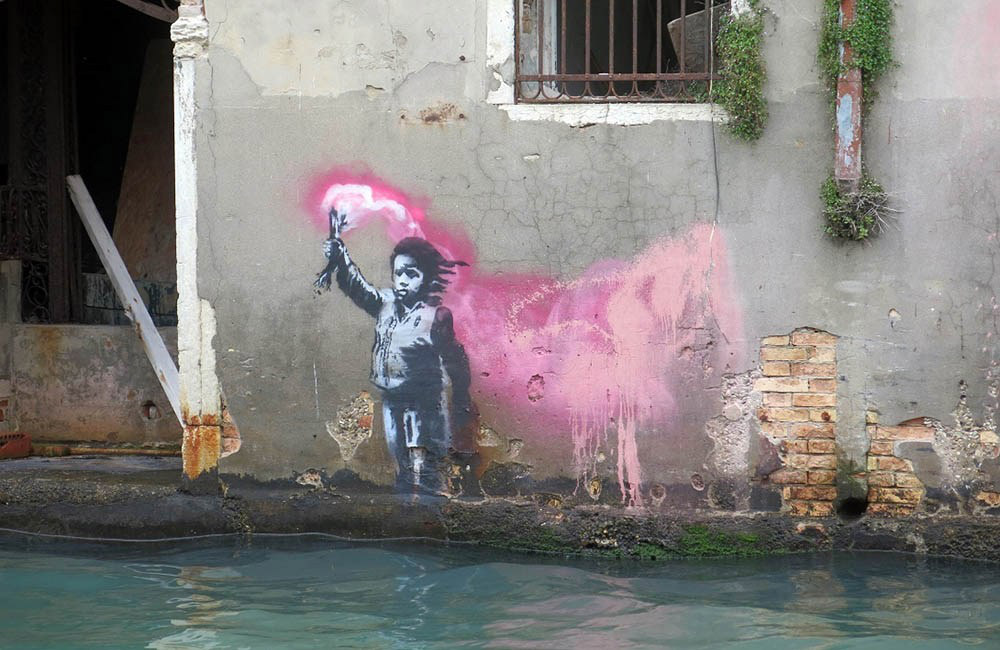 New graffiti by Banksy may have been found in Venice

On the wall of a house

A graffiti depicting a child wearing a life jacket and holding a flare was found on the wall of a house on the Ca Foscari canal in Venice. The graffiti has been named ‟Naufrago bambino / the shipwrecked child” and the guess is that the work belongs to the world famous street artist Banksy whose identity remains unknown.

The style of the graffiti resembles Banksy’s works, although so far the artist himself has not confirmed it as one of his creations according to Italian news agency ANSA which points out that the specific artist posts photographs of his work on Instagram.

Works by Banksy have been found in the past in Italy.A graffiti was discovered a few years ago in the Girolamini square in Naples and was named ‟Madonna with gun”. In 2016 with the initiative of Italian visual artists who assess the works of street artists, this work was covered with a pane of glass for its protection.

Banksy’s graffiti, in which the artist highlights issues of social inequality and the hypocrisy of governments, are very popular both among modern art lovers and collectors. Banksy has managed to stay out of the spotlight and nobody other than his close collaborators knows his exact identity and real name.