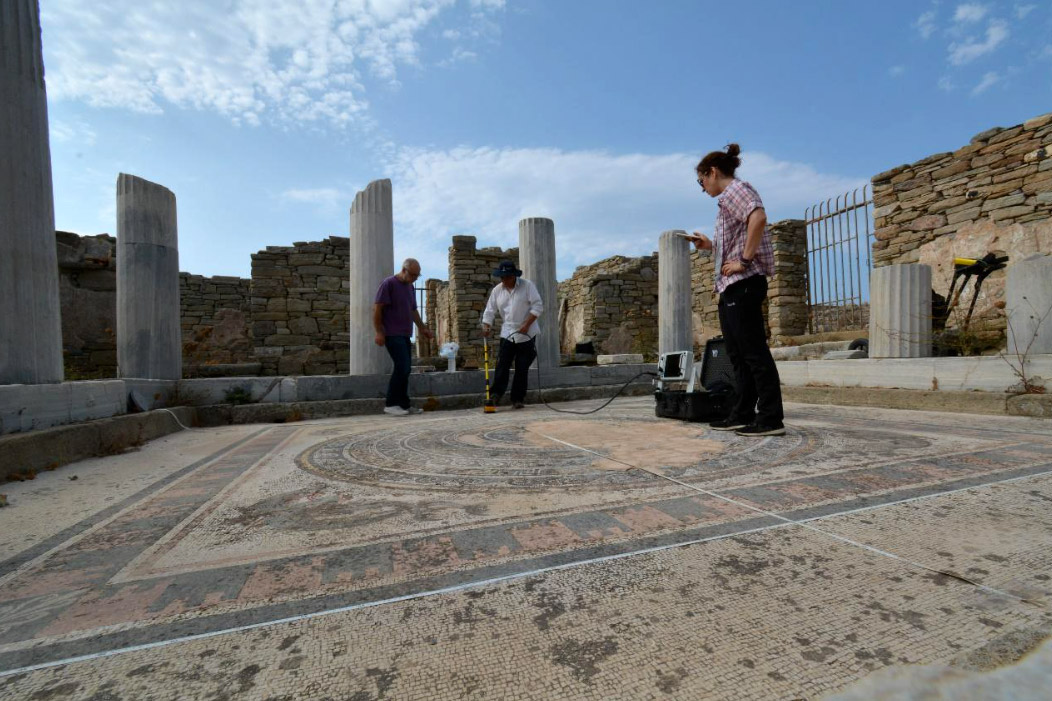 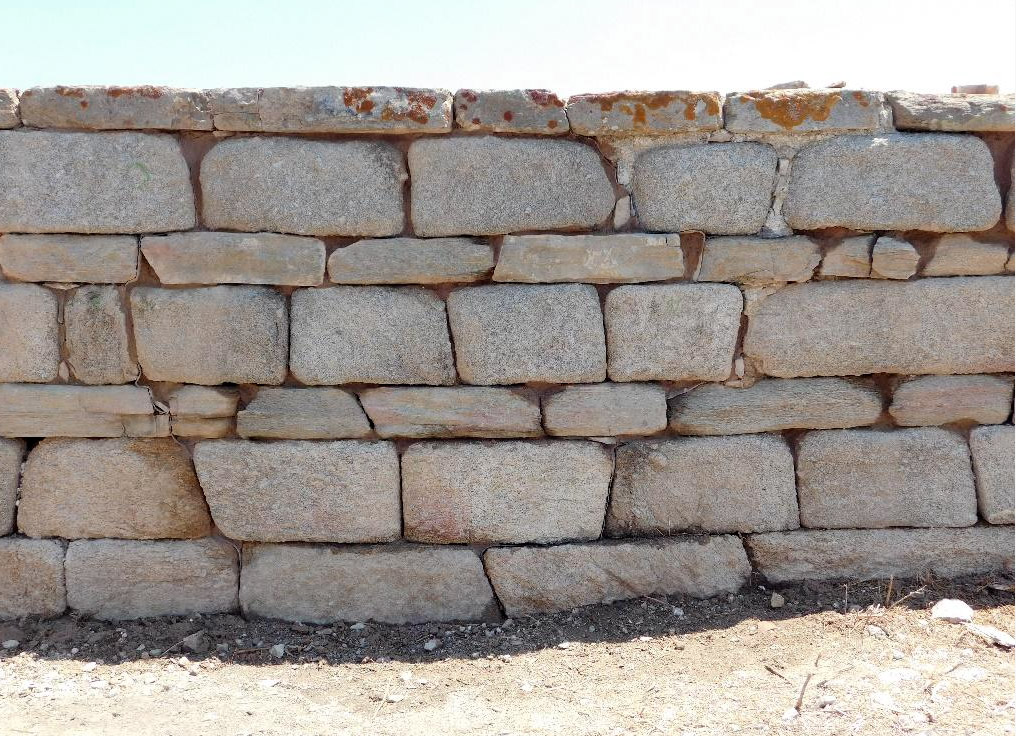 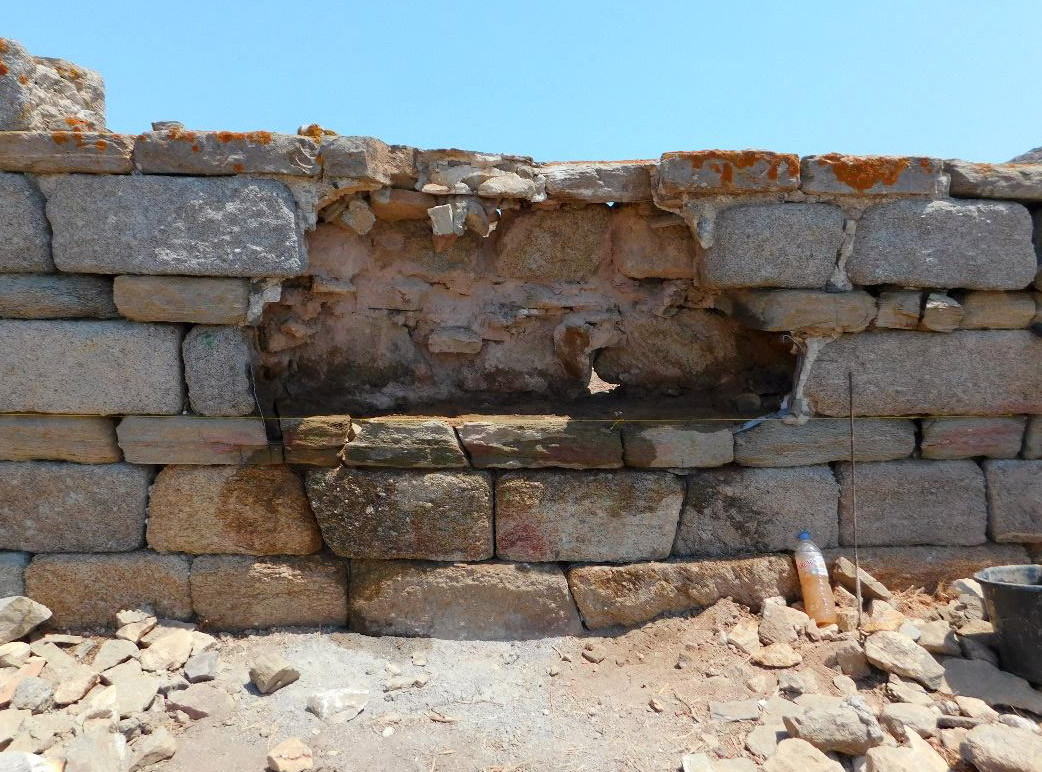 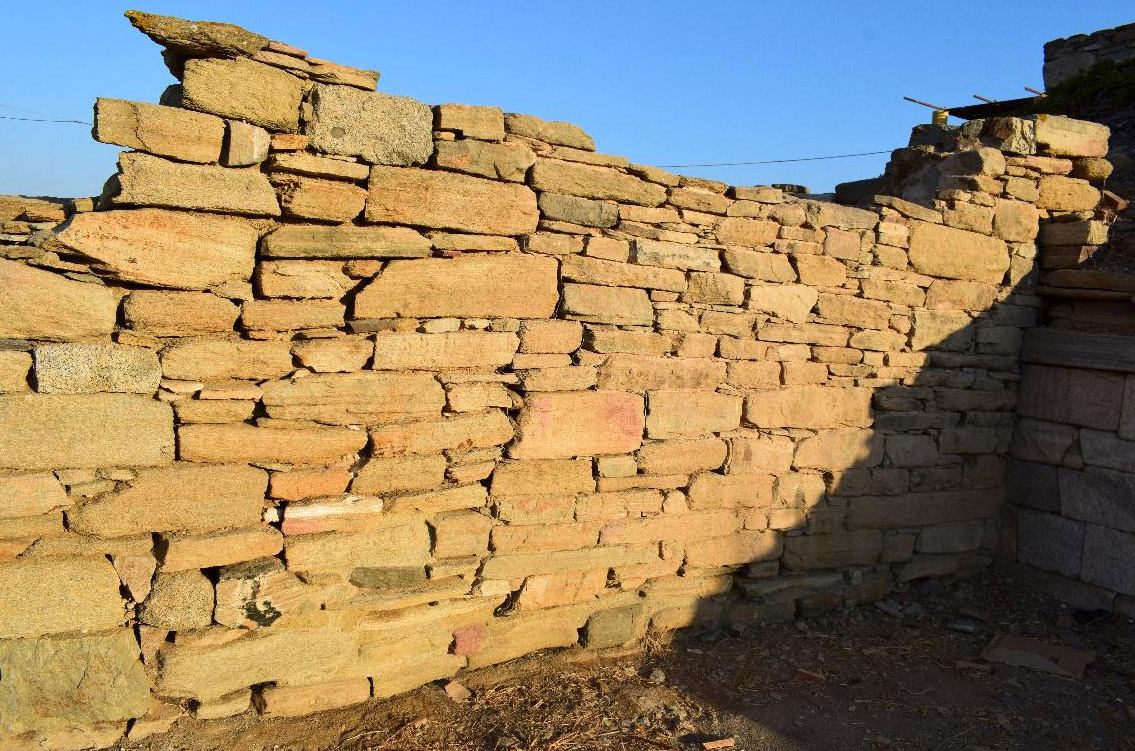 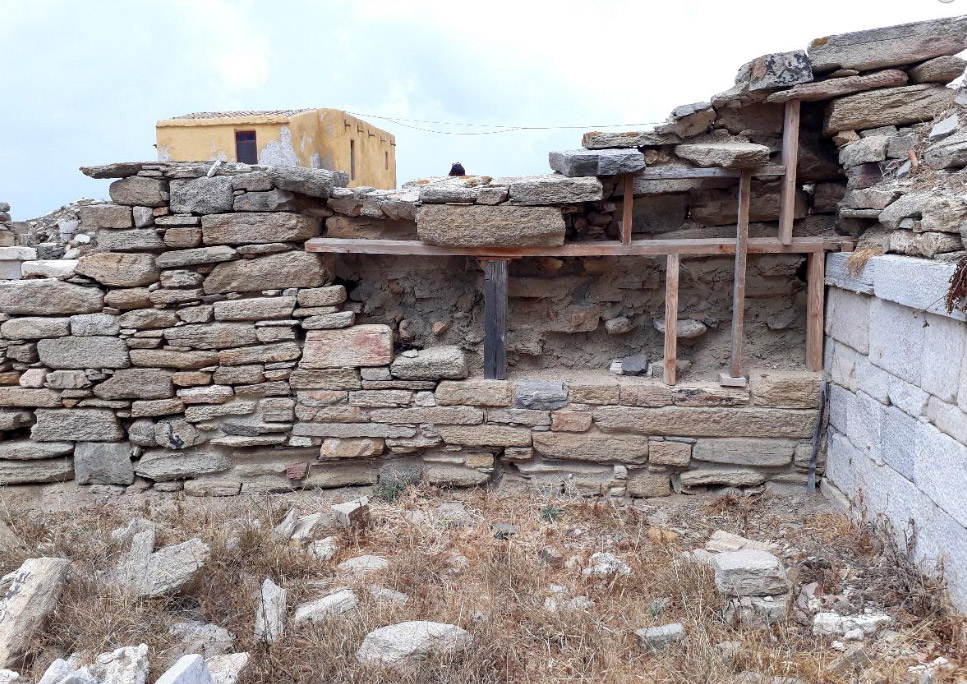 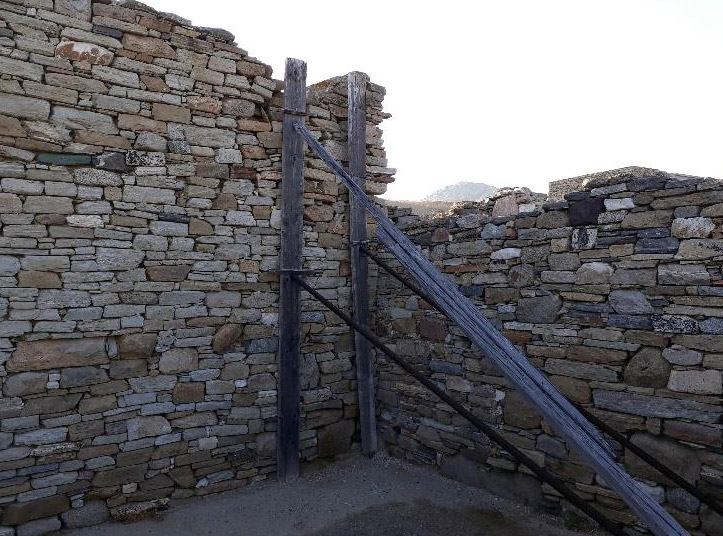 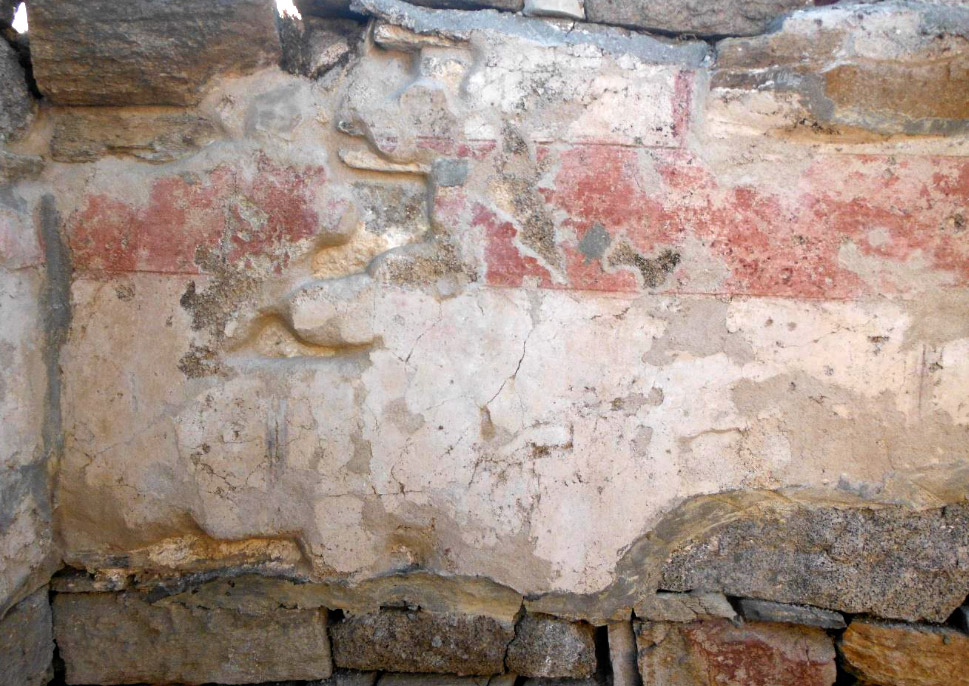 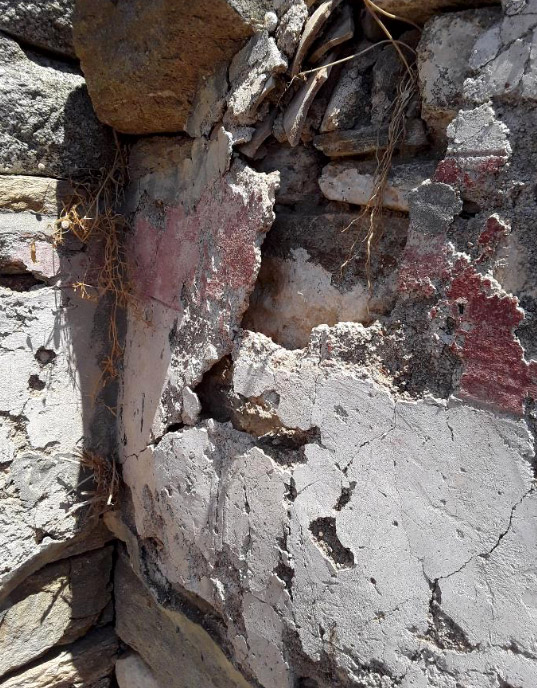 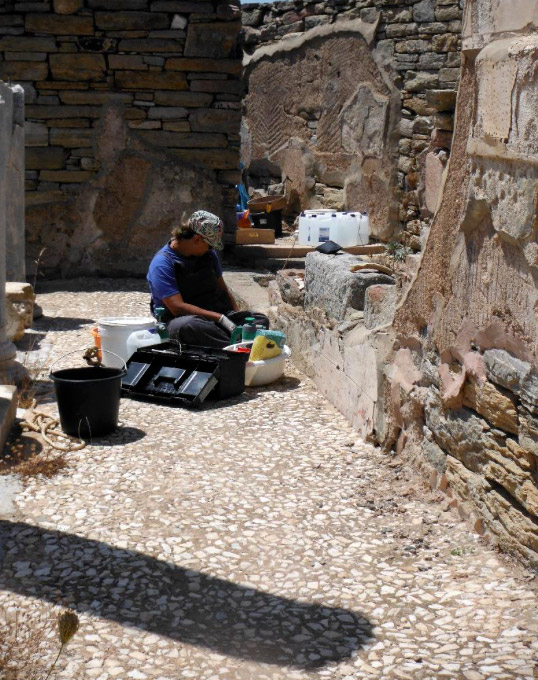 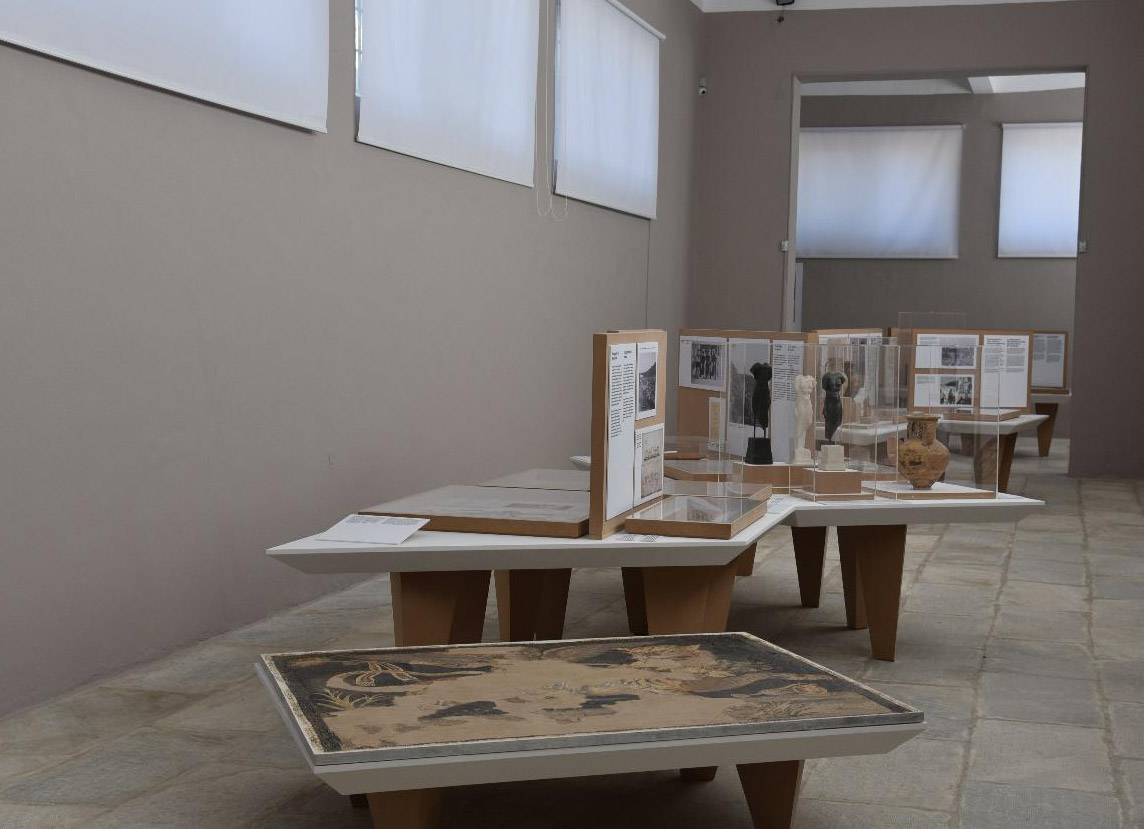 A plan for the protection and enhancement of the archaeological site

The Ministry of Culture and Sports has presented a comprehensive plan for the protection and enhancement of the archaeological site of Delos that is being applied on multiple levels simultaneously.

Delos, a UNESCO World Heritage archaeological site, has been continuously excavated since the 19th century. The archaeological site which is spread out and surrounded by the untouched Cycladic landscape, faces long term problems that are related to the extreme weather conditions the monuments are subjected to and primarily the difficulties encountered during operations on a remote uninhabited island such as this.

During the last three years, The Ministry of Culture and Sports through the Cyclades Ephorate of Antiquities has devised and is realizing a comprehensive plan for the protection and enhancement of the archaeological site that is being applied on multiple levels simultaneously.

The Ephorate planned the Overall Framework of Principles and Guidelines as well as studies for the conservation and restoration of key monuments of Delos (Temple of Apollo, House of Dionysus, architectural application study of the Philippos Stoa), studies for the mosaics, wall coatings and masonry which include: a) archival research of all 19th century operations, b) mapping of the preservation status of mosaics and wall coatings, c) physicochemical analyses and d) a geophysical survey of the mosaics.

The announcement mentioned that a proposal was submitted to the ‟Competitiveness, Entrepreneurship and Innovation” Operational Programme for the funding of the ‟Delos-Open Museum” project, with a €4.520.000 budget to be activated during the summer.

At the same time, long-term works have been designed to turn Delos into an exemplary open museum, where the monuments will stand restored in a landscape that has remained unspoiled since antiquity. The programme includes extensive restoration works. The restoration of the Philippos Stoa is under way, and that of the Menodoros Monument was successfully completed. In the coming months, construction sites are being set up for the rebuilding of the emblematic temple of Apollo of the Delians and the impressive Granites Palaestra. Restoration works are scheduled for 2020 to begin on the House of Dionysus, the richest private house of Delos, and also on the ancient theatre. Some of the restored spaces will act as museum spots, abolishing the separation between the museum and its natural surroundings so the two can form a single open museum.

The Ministry of Culture is proceeding with the restoring and stabilizing of monuments by implementing a programme for their permanent conservation, in which dilapidated buildings and walls will be preserved and stabilized on an annual basis. Over the last three years rescue and stabilizing operations have been conducted on hundreds of cubic meters of masonry. Rescue operations were also carried out on frescoes and wall coatings (House E, House of Hermes, House of Limni, the NE of the XIIb islet, House B in the North Quarter) and on a great number of mosaic floors (Delians’ Agora, Italians’ Agora, Formion, Dolphins, Tritonis, near the Isis Temple and the Theatre, the house of Limni etc.)

At the same time, aiming to upgrade the cultural product offered to visitors, the closed wing of the museum has opened with the archaeological exhibition “Cycladic snapshots of the monuments and their people: Delos,” while the SIGHT installation by internationally acclaimed sculptor Anthony Gormley is being exhibited in the same space. High quality cultural events are also taking place there which include themes focusing on the refugees.

The announcement points out that to realize a project on isolated Delos, a necessary prerequisite is to ensure humane working conditions and incentives for the employees. In this context, a special Delos bonus of €300 has been passed through legislation, as an addition to the frontier allowance, so as to motivate the staff accepting to live in an uninhabited place without public social structures and having difficult access to the closest urban center of Mykonos due to extreme weather phenomena, while ensuring the regular communication of staff with the outside world by chartering special itineraries.

Aiming to maximize the time spent  by the scientific and technical staff on conserving the site, the Ministry of Culture increased the days from 60 applying to the mainland to 100 when spent on island Greece away from base.

To realize a project on isolated Delos, a necessary condition was improving the infrastructure. In particular, more modern security systems (CCTV) have been installed and maintenance work is being done on the museum and visitor reception buildings. At the same time, new underground water and sewerage networks have been constructed, two desalination units and a new water reservoir rebuilt, a biological waste treatment plant  constructed, new electrical installations set up and public lavatories operated in the port for the first time.

Maintenance work has been done on the guest houses and their equipment, while a low-cost telecommunications station with free broadband services was installed. At the same time, the fleet of construction site vehicles was modernized and an emergency vessel was purchased for transport to and from Mykonos. Finally, in order to increase the preservation and restoration work conducted on the monuments, new, temporary construction site infrastructure is being installed that includes bridge cranes, warehouses, work platforms, the doubling of dormitories for the workers  etc.

Numbers of visitors have steadily increased in recent years despite the cost of both tickets and boat fares having gone up.  As part of the upgrading of services provided to the visitors, the dilapidated canteen was sealed and will be replaced by a new one, , while the shop of the Archaeological Resources Fund acquired a wider range of merchandise.

The announcement concludes as follows:  In Delos, complex and multilevel synergies are being developed for the first time in all fields: research, conservation and funding with the French Archaeological School, the Parco Archeologico di Pompei, the Municipality of Mykonos, the P.&A Kanellopoulos Foundation, the NEON Organization , COSMOTE, the “Demokritos” National Centre for Scientific Research, the Institute for Technology and Research of the Institute of Mediterranean Studies  and the Department of Conservation of Antiquities of the University of West Attica.