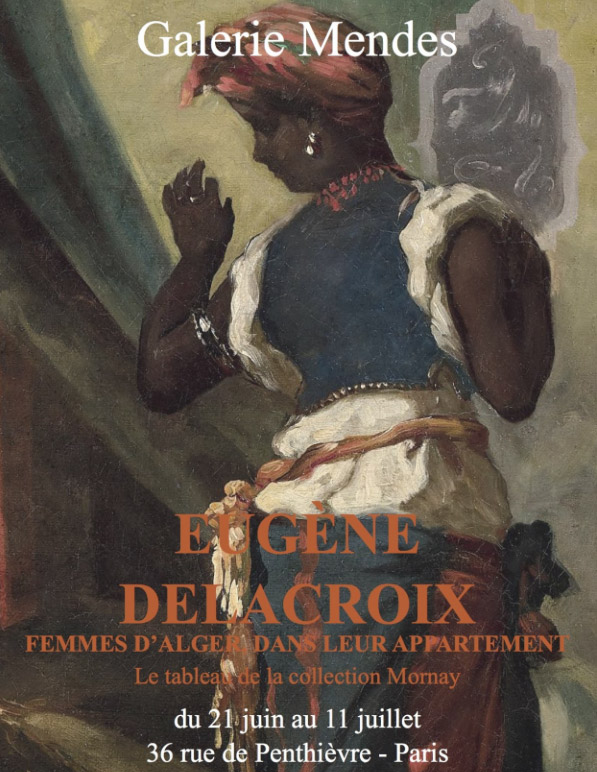 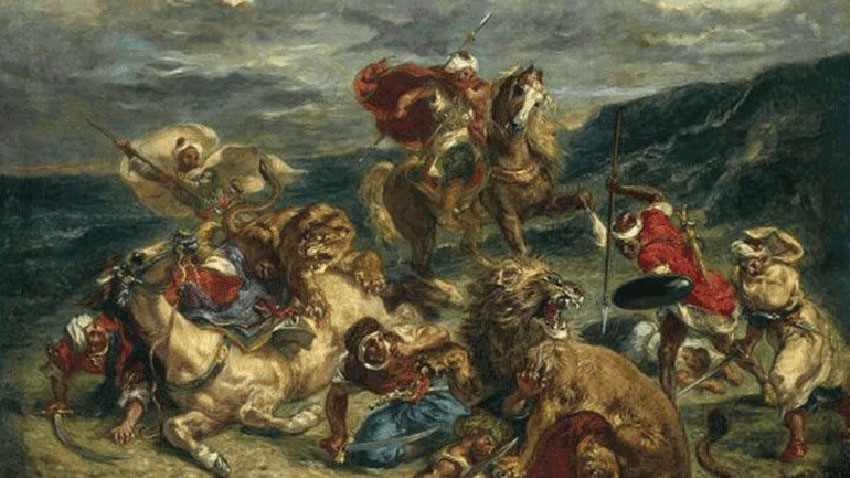 A study for "Women of Algiers"

An oil painting in brilliant colours with oriental influences, a preliminary study for the famous “Women of Algiers” in the Louvre, is on display at the Galerie Mendes in Paris, a year and a half after its discovery and recognition as a genuine work by Eugene Delacroix.

Measuring 46×38 cm, the painting depicts a woman seated in a languid attitude next to an African serving woman who is looking at her over her shoulder.

Philippe Mendes and Art historian and Delacroix expert Virginie Cauchi-Fatiga investigated the story of this lost painting; a study for “Women of Algiers in their apartments”.

Charmed by the Orient, Delacroix (1798-1863) had been to Algiers in June 1832, after visiting Morocco. The work was executed around 1833-1834 and was part of the collection owned by the count de Mornay, a diplomat whom Delacroix had accompanied to North Africa. In January 1850, the count sold at auction part of his collection including seven Delacroix paintings.

Three of the paintings are exhibited today in museums: the famous one is in the Louvre, one is in the Fabre Museum at Montpelier and another in the Fine Arts Museum at Rouen. Lot 118 of the Mornay sale, which till now had been thought a Montpelier painting, proved to be the one discovered by Philippe Mendes. Specifically, a woman collector who had the painting hanging in her Paris apartment, took it to Mendes for an expert opinion.

“All of Delacroix is here! The colours flutter, the light pulsates”, said Mendes enthusiastically to AFP while confessing that he had a “secret conviction” that he was discovering an authentic Delacroix in this dusty painting. “My conviction was confirmed by historical research lasting a year and a half”.

Moreover, the number 118 is stencilled on the back of this study for the “Women of Algiers in their apartments”.

The painting is on display at the Galerie Mendes and is soon expected to travel outside Europe, as museums and collectors have expressed an interest following this important discovery.

This presentation till July 11 of the recently discovered Delacroix painting comes after the one at the Drouot auction house of another painting “Judith and Holofernes”, painted in 1607 and attributed to Caravaggio. The painting was to be auctioned on July 27 in Toulouse where it was found, but 48 hours earlier it was bought by a private collector.