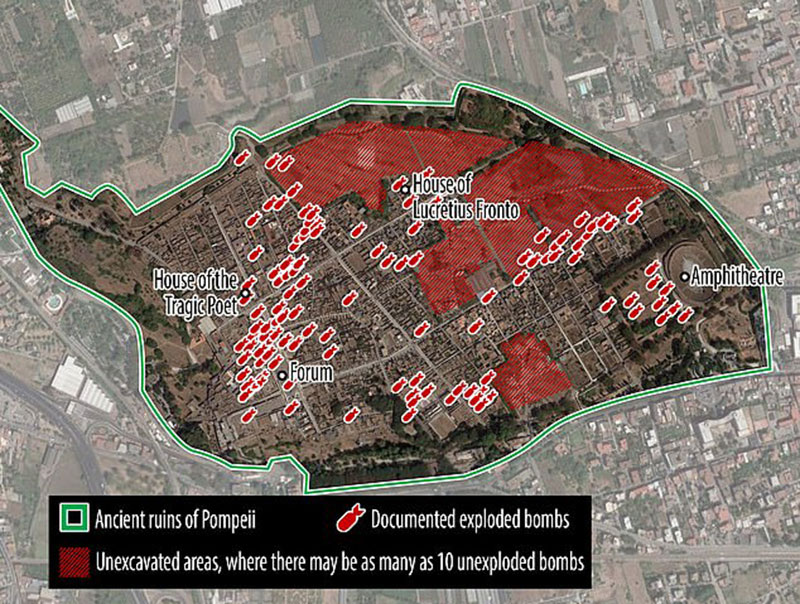 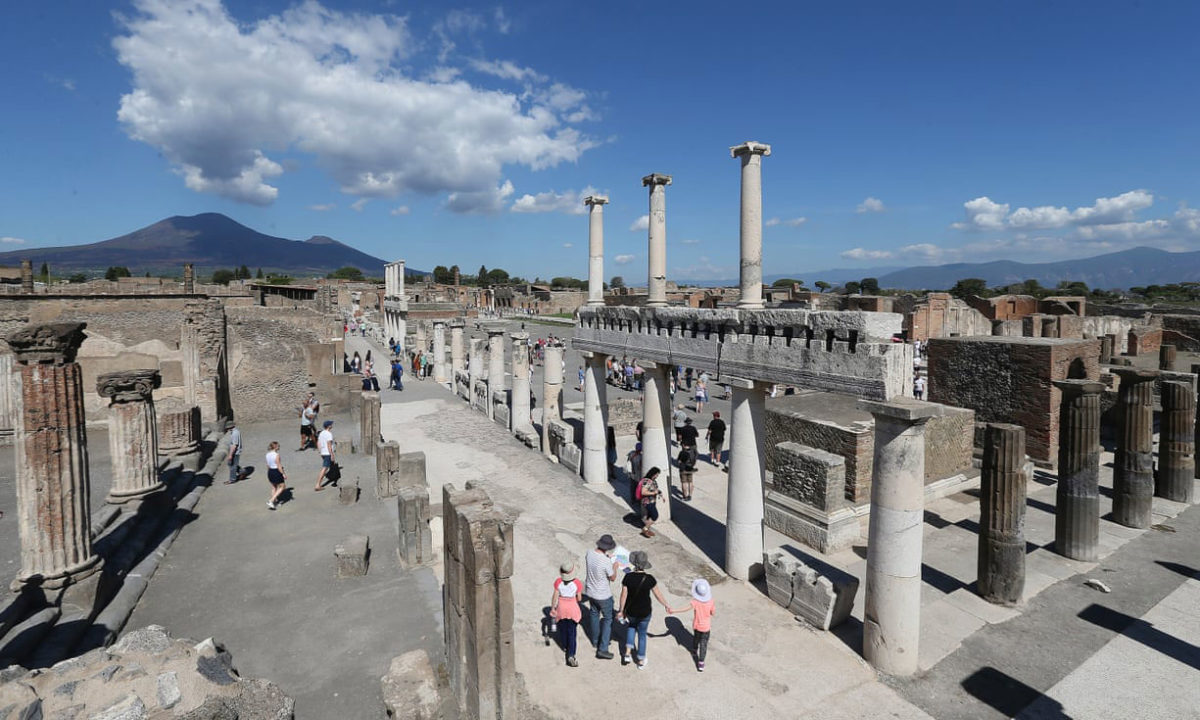 At least 10 bombs are in an unexcavated area

Unexploded bombs from the Second World War lie underneath the Pompeii ruins according to an article in an Italian newspaper. The article was published in Il Fatto Quotidiano and stated that there are at least 10 unexploded bombs beneath the archaeological site of Pompeii.

The bombs were dropped in August 1943 in nine air raids by the allies and were overall 165. Many of them did explode or were defused but others fell in an area that has not been excavated yet. Documents from the National Aerial Photographic Archive which include a bombing map as well as interviews with archaeologists and experts seem to confirm this.

The archaeological area of Pompeii stretches across an area of 66 hectares, but only 44 have been excavated so far. The bombs are located in the 22 hectares that remain to be excavated.

According to the Archaeological Museum of Pompeii there is no risk for visitors.