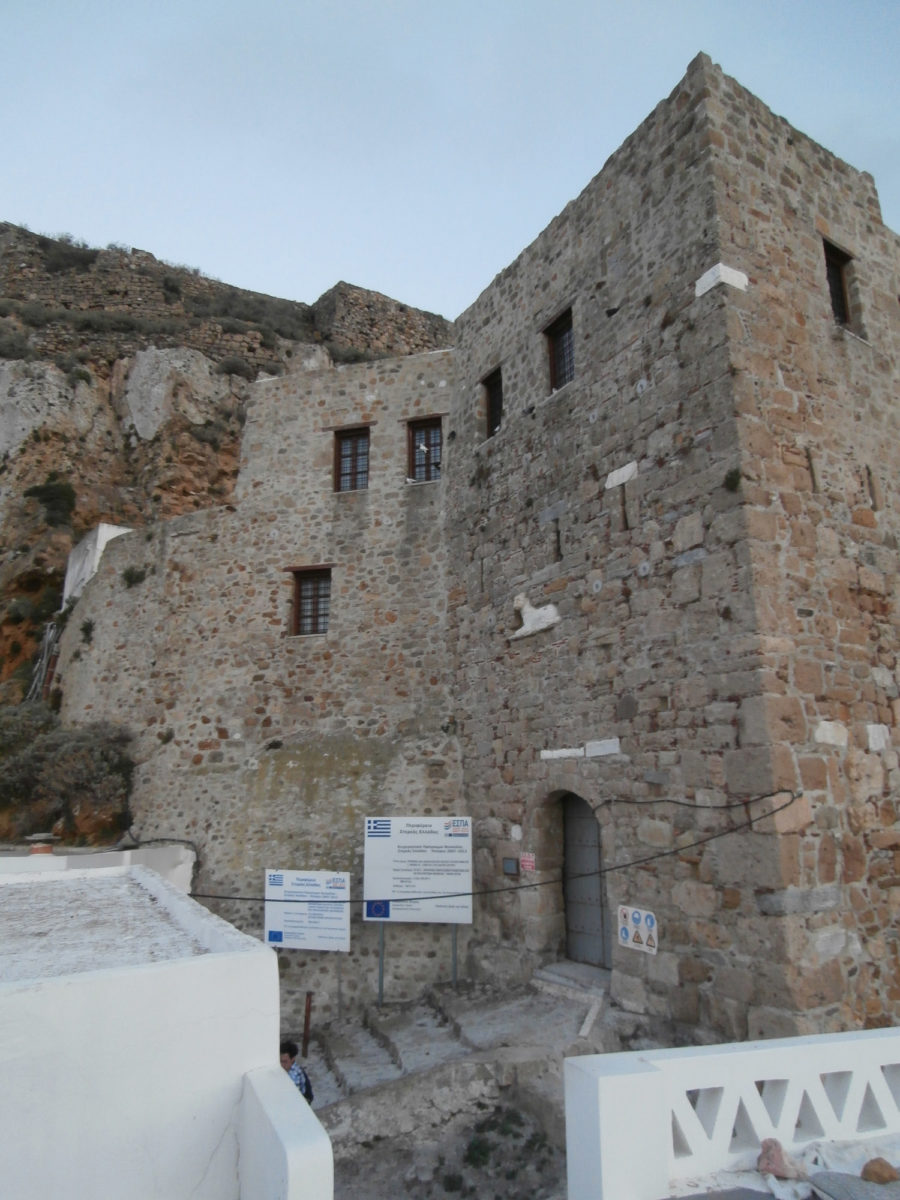 The archaeological site of Skyros Castle opens to the public

It had been closed after an earthquake

The archaeological site of Skyros Castle opened to the public last Tuesday, July 10. It had been closed since the 2001 earthquake for security reasons.  In the years that followed, restoration works were carried out on the site’s important monuments, the last one being the “Consolidation of the Rocky Slopes of Skyros Castle and Agios Georgios Monastery” conducted by the Region of Central Greece and the Euboea Ephorate of Antiquities, with funds from the Public Investment Programme.

Slopes were secured as part of the above project so as to ensure the safety against landslides of both the monuments and the inhabitants of Skyros Chora. Parts of the Castle’s fortifications were restored and work was done on its interior to make the site once again accessible to visitors. This was part of the “Archaeological Monitoring of the Project and Archaeological Work on Monument Protection”, a sub-project realized by the Euboea Ephorate of Antiquities.

The Castle is built on two levels: the Monastery of Agios Georgios (963 AD) is situated on the first level, with a surviving part of its fortification, while on the second level is the restored Church of Episkopi (895 AD), medieval water reservoirs, post-Byzantine chapels, ruins of buildings, as well as a significant surviving part of the fortification, attributed mainly to the Medieval period.

The site has been continuously inhabited from prehistoric times until the early 20th century. It was a place of residence and a seat of government and also a seat of the island’s ecclesiastical authorities during Christian times. In the Prehistoric era it was most probably the only place of habitation on the site of today’s Chora. An increase of the island’s population during Historical and Medieval times led to the functioning of the main settlement as an acropolis. During the Classical period and very probably just before the Peloponnesian War broke out, the Athenians fortified the entire settlement with an outer wall and constructed a second row of fortifications on the acropolis.

Skyros Castle probably experienced its most dynamic phase during the Byzantine, Frankish, Venetian and Ottoman periods. A landmark for the site was the founding of the Episcopal Church of the Assumption of the Virgin Mary in 895 AD. The acropolis was once again fortified on the foundations of its ancient fortifications, its walls were repeatedly repaired and extended, reservoirs and houses were built. During the late Ottoman era, the site was occasionally used as a refuge in times of danger, with families retaining a second household within the fortified site. After the end of the Greek Revolution and the establishing of the Greek State the monument was abandoned. In 1827, Gregory, the last bishop of Skyros died; he was also the last permanent resident of Skyros Castle.