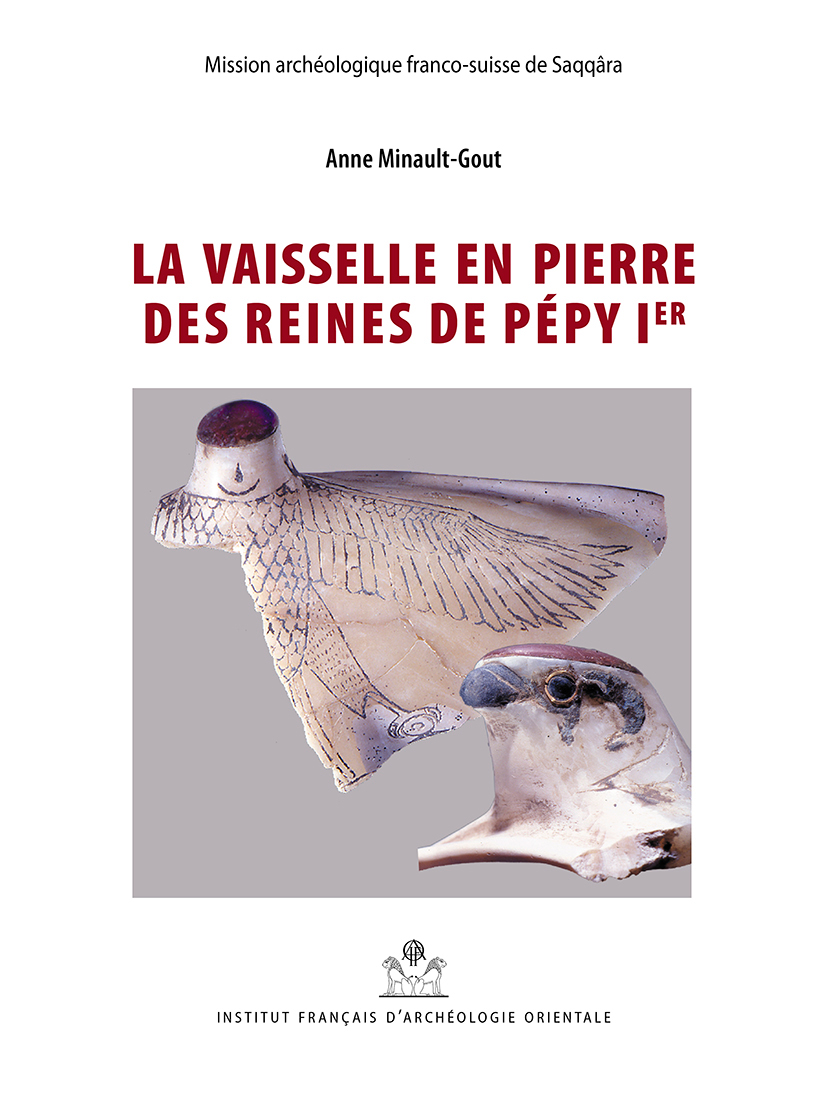 In the cemetery of the family of King Pepy I of the 6th Dynasty (c. 2330-2280), the French-Swiss archaelogical Mission of Saqqâra (MafS) has uncovered eight pyramidal complexes of queens from the end of the Old Kingdom. This publication presents a study and a catalog of some of the material delivered by these tombs, including stone vessels – usually fragmentary and sometimes inscribed, such as that of the queen mother Ankhnespepy II –, series of models – dummy vases with symbolic function –, containers for food offerings, as well as other items of funeral equipment. The stones encountered are mainly calcite (or travertine, or Egyptian alabaster), gneiss, greywacke, limestone.

A wide variety of shapes appears, including large inscribed jars, refined cups, shapes well attested in the 6th dynasty and vases much older than the 6th dynasty. The models reveal a permanence of the shapes compared to those of the previous periods, and it is in the material of the queens of Pepy I that the cases of food offerings of real size, some in calcite, appear for the first time in a royal equipment.