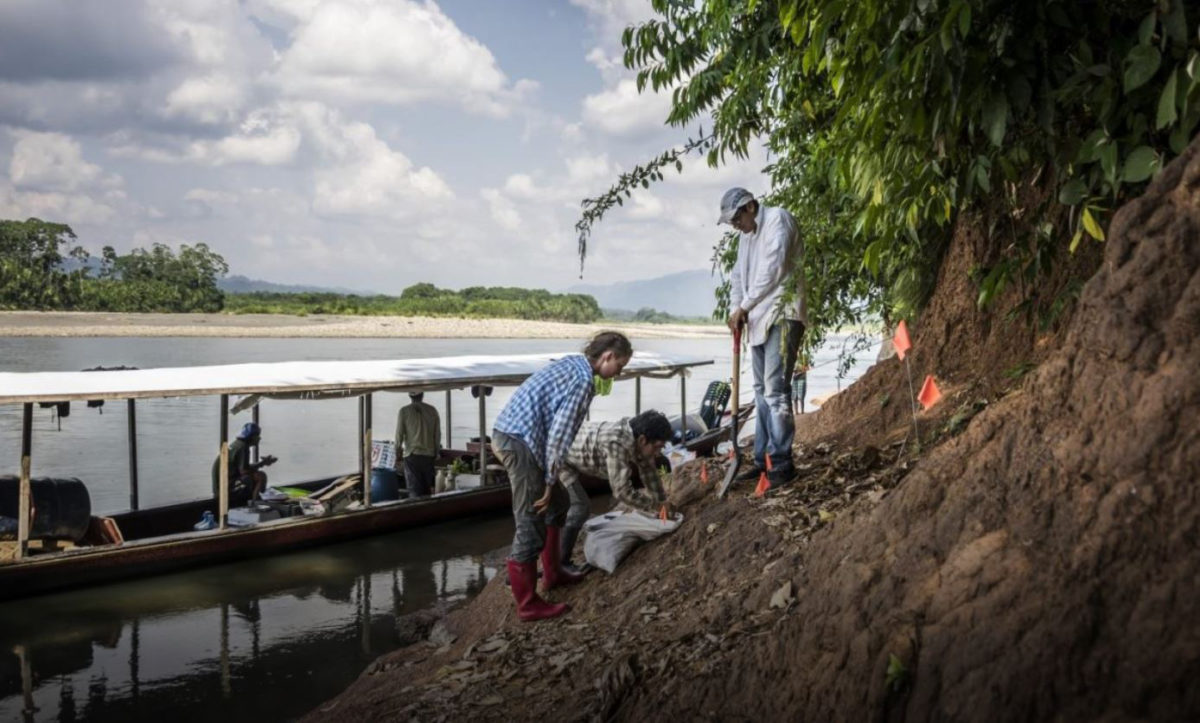 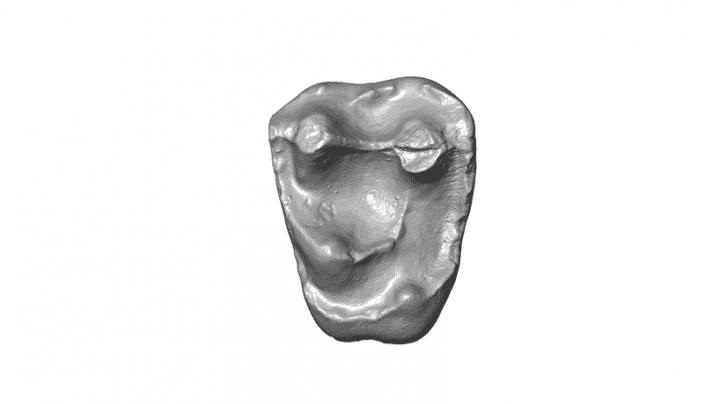 The animal was dubbed Parvimico materdei

A team of Peruvian and American scientists have uncovered the 18-million-year-old remains of the smallest fossil monkey ever found.

A fossilized tooth found in Peru’s Amazon jungle has been identified as belonging to a new species of tiny monkey no heavier than a hamster.

The specimen is important because it helps bridge a 15-million-year gap in the fossil record for New World monkeys, says a team led by Duke University and the National University of Piura in Peru.

The new fossil was unearthed from an exposed river bank along the Río Alto Madre de Dios in southeastern Peru. There, researchers dug up chunks of sandstone and gravel, put them in bags, and hauled them away to be soaked in water and then strained through sieves to filter out the fossilized teeth, jaws, and bone fragments buried within.

The team searched through some 2,000 pounds of sediment containing hundreds of fossils of rodents, bats and other animals before they spotted the lone monkey tooth.

“Primate fossils are as rare as hen’s teeth,” said first author Richard Kay, a professor of evolutionary anthropology at Duke who has been doing paleontological research in South America for nearly four decades.

A single upper molar, the specimen was just “double the size of the head of a pin” and “could fall through a window screen,” Kay said.

Paleontologists can tell a lot from monkey teeth, particularly molars. Based on the tooth’s relative size and shape, the researchers think the animal likely dined on energy-rich fruits and insects, and weighed in at less than half a pound — only slightly heavier than a baseball. Some of South America’s larger monkeys, such as howlers and muriquis, can grow to 50 times that heft.

“It’s by far the smallest fossil monkey that’s ever been found worldwide,” Kay said. Only one monkey species alive today, the teacup-sized pygmy marmoset, is smaller, “but barely,” Kay said.

In a paper published online July 23 in the Journal of Human Evolution, the team dubbed the animal Parvimico materdei, or “tiny monkey from the Mother of God River.”

Now stored in the permanent collections of the Institute of Paleontology at Peru’s National University of Piura, the find is important because it’s one of the few clues scientists have from a key missing chapter in monkey evolution.

Monkeys are thought to have arrived in South America from Africa some 40 million years ago, quickly diversifying into the 150-plus New World species we know today, most of which inhabit the Amazon rainforest. Yet exactly how that process unfolded is a bit of a mystery, in large part because of a gap in the monkey fossil record between 13 and 31 million years ago with only a few fragments.

In that gap lies Parvimico. The new fossil dates back 17 to 19 million years, which puts it “smack dab in the time and place when we would have expected diversification to have occurred in the New World monkeys,” Kay said.

The team is currently on another fossil collecting expedition in the Peruvian Amazon that will wrap up in August, concentrating their efforts in remote river sites with 30-million-year-old sediments.

“If we find a primate there, that would really be pay dirt,” Kay said.