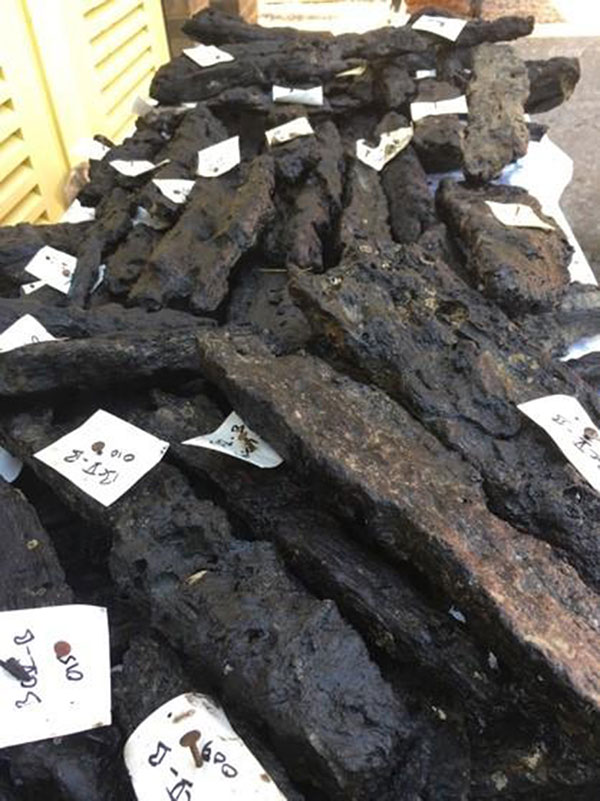 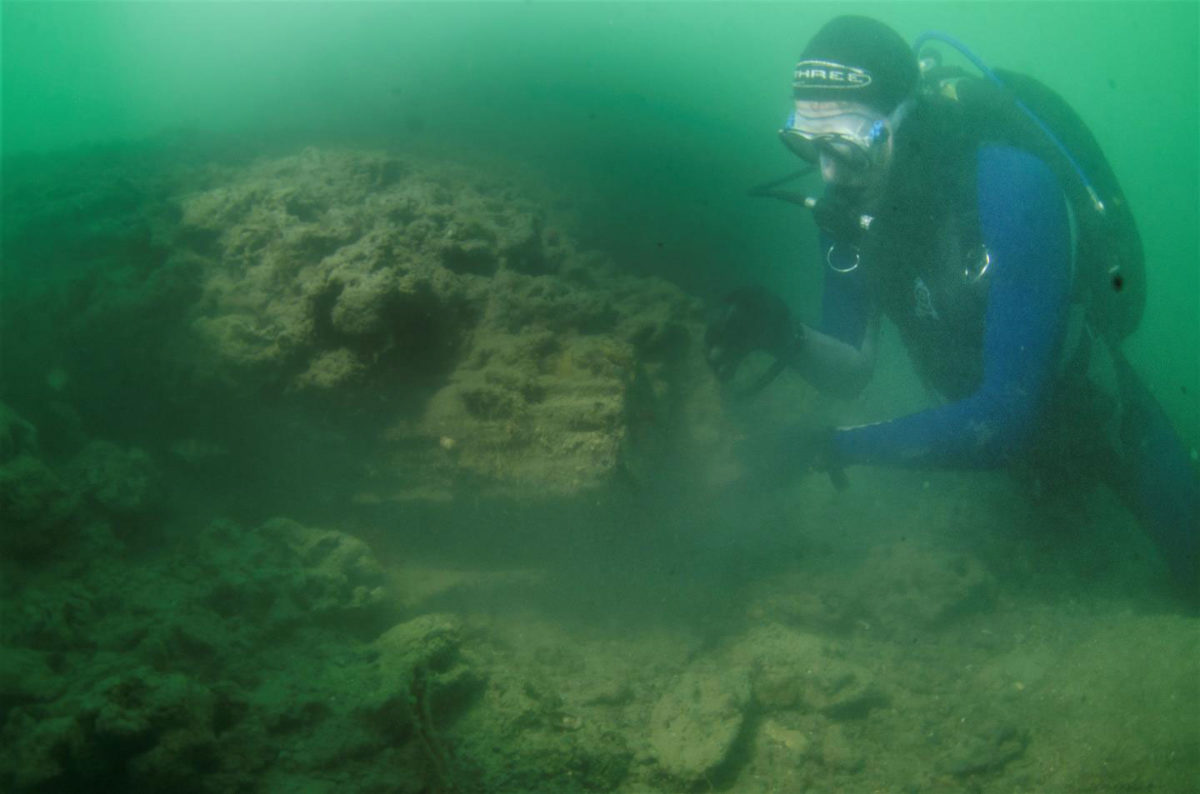 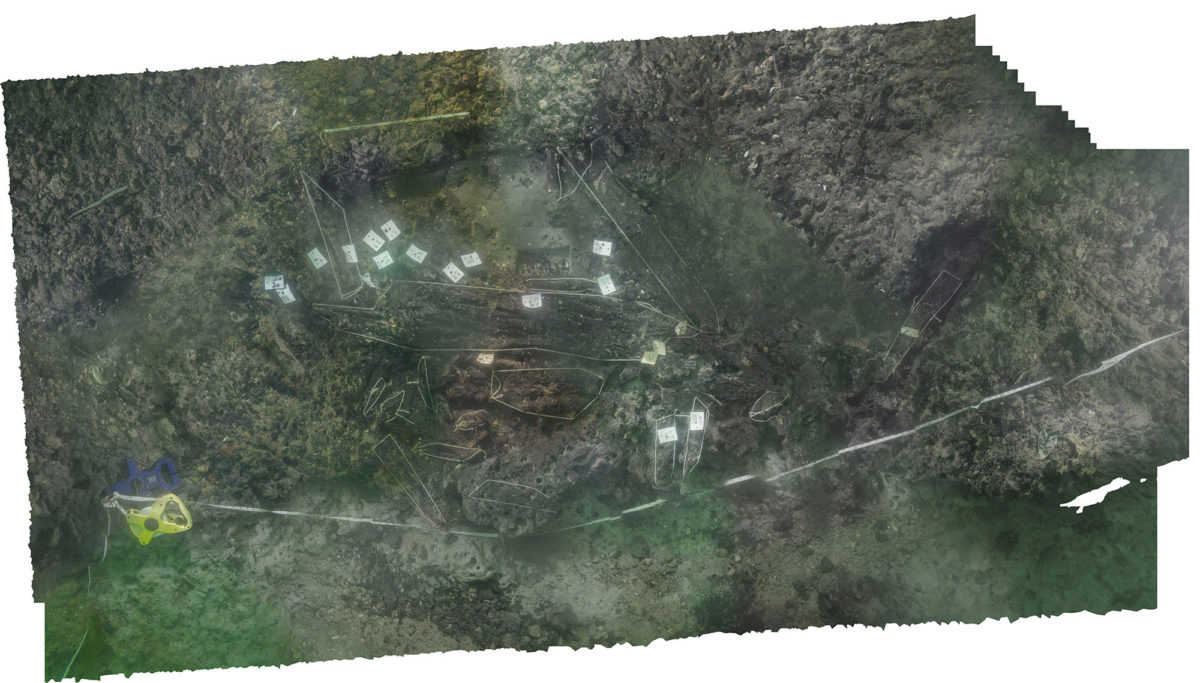 It is perhaps the oldest in the world

Researchers have discovered a new 8,000 year old structure next to what is believed to be the oldest boat building site in the world on the Isle of Wight. The discovery was made by the Maritime Archaeological Trust while working on an ongoing project.

The site lies east of Yarmouth, and the new platform is the most intact, wooden Middle Stone Age structure ever found in the UK. The site is now 11 meters below sea level and during the period there was human activity on the site, it was dry land with lush vegetation. Importantly, it was at a time before the North Sea was fully formed and the Isle of Wight was still connected to mainland Europe.

The site was first discovered in 2005 and contains an arrangement of trimmed timbers that could be platforms, walkways or collapsed structures. However, these were difficult to interpret until the Maritime Archaeological Trust used state of the art photogrammetry techniques to record the remains. During the late spring the new structure was spotted eroding from within the drowned forest. The first task was to create a 3D digital model of the landscape so it could be experienced by non-divers. It was then excavated by the Maritime Archaeological Trust during the summer and has revealed a cohesive platform consisting of split timbers, several layers thick, resting on horizontally laid round-wood foundations.

Director of the Maritime Archaeological Trust, Garry Momber said “The site contains a wealth of evidence for technological skills that were not thought to have been developed for a further couple of thousand years, such as advanced wood working. This site shows the value of marine archaeology for understanding the development of civilisation.

Yet, being underwater, there are no regulations that can protect it. Therefore, it is down to our charity, with the help of our donors, to save it before it is lost forever.”

As with sediment cores, ancient wood will degrade more quickly if it is not kept in a dark, wet and cold setting. While being kept cold, dark and wet, the aim is to remove salt from within wood cells of the timber, allowing it to be analysed and recorded. This is important because archaeological information, such as cut marks or engravings, are most often found on the surface of the wood and are lost quickly when timber degrades. Once the timbers have been recorded and have desalinated, the wood can be conserved for display.

Dr Suzanne Maclachlan, the curator at BOSCORF, said “It has been really exciting for us to assist the Trust’s work with such unique and historically important artefacts. This is a great example of how the BOSCORF repository is able to support the delivery of a wide range of marine science.”

When diving on the submerged landscape Dan Snow, the history broadcaster and host of History Hit, one of the world’s biggest history podcasts, commented that he was both awestruck by the incredible remains and shocked by the rate of erosion.

This material, coupled with advanced wood working skills and finely crafted tools suggests a European, Neolithic (New Stone Age) influence. The problem is that it is all being lost. As the Solent evolves, sections of the ancient land surface are being eroded by up to half a metre per year and the archaeological evidence is disappearing.

Research in 2019 was funded by the Scorpion Trust, the Butley Research Group, the Edward Fort Foundation and the Maritime Archaeology Trust. Work was conducted with the help of volunteers and many individuals who gave their time and often money, to ensure the material was recovered successfully.