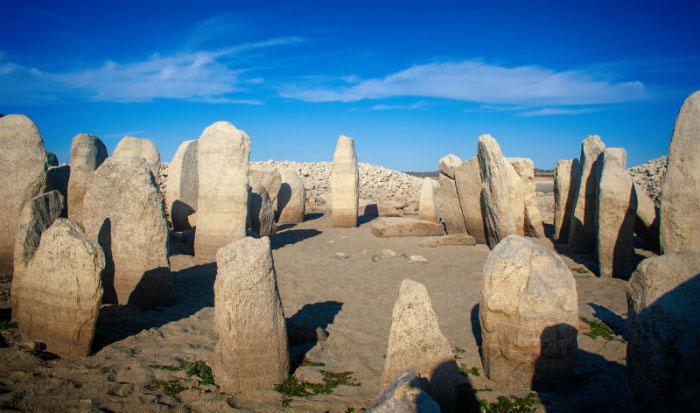 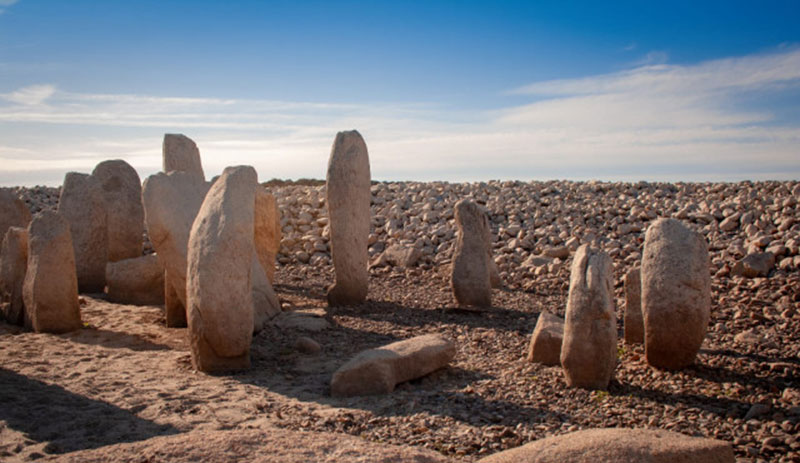 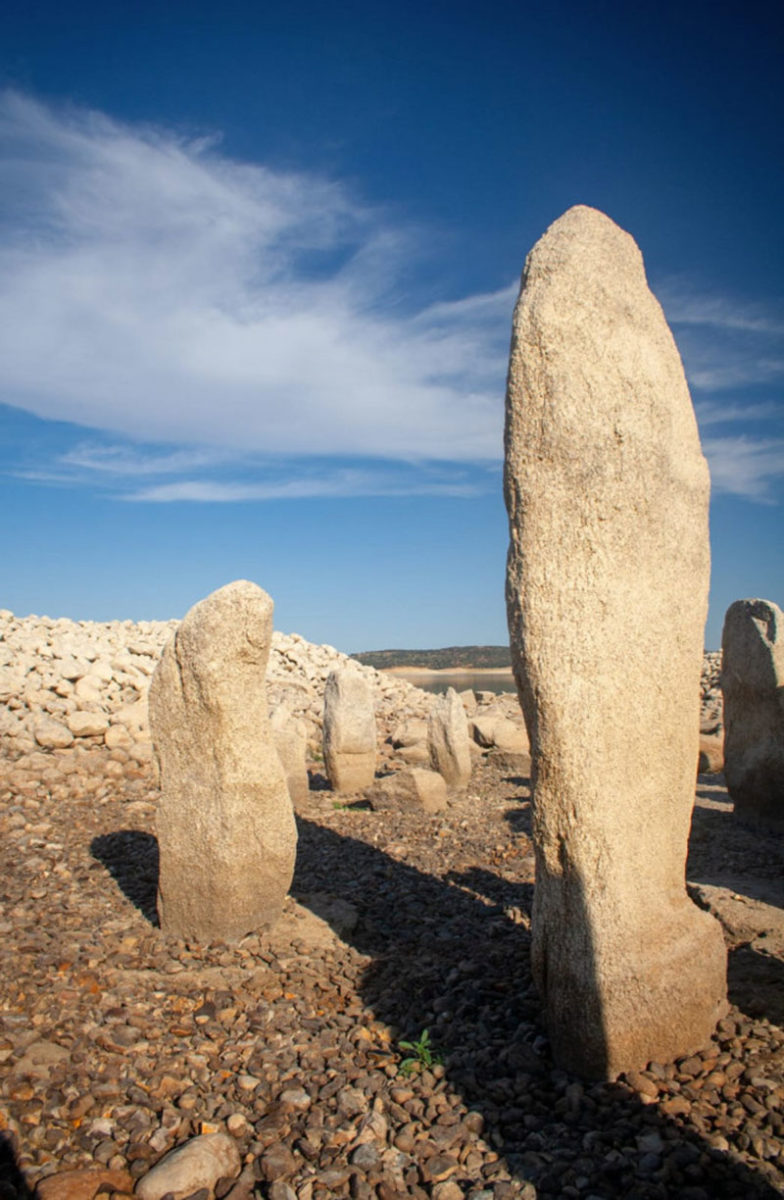 They had been covered by water for 60 years

A circle of megalithic standing stones in Spain, covered by water for the creation of a reservoir, have again surfaced due to heavy drought this year. The site, a sun temple on the banks of the River Tagus at Peraleda de la Mata in Cáceres, Spain, was flooded in 1963.

The stones are 144 and up to 2m high. They bear engravings depicting serpents and are arranged in circles. They date to the 2nd and 3rd millennium BC and had become a local legend, since stories were told about a treasure hidden beneath the lake. Visitors are now travelling to the site to see the stones.

Researchers cannot say who put the stones in this arrangement and why, but the granite used was carried from far away. Apparently they had a religious as well as an economic purpose, as this point of the river allowed people to cross.

Heavy drought this year led to the receding of the water in the reservoir and the stones began to emerge a few weeks back. Now they are standing on dry land until the next rainfall. A campaign has been running to move the stones to a dry site before the water rise again since the stones are of a porous material and without conservation they will be eroded. Signs of cracking and erosion are already visible.