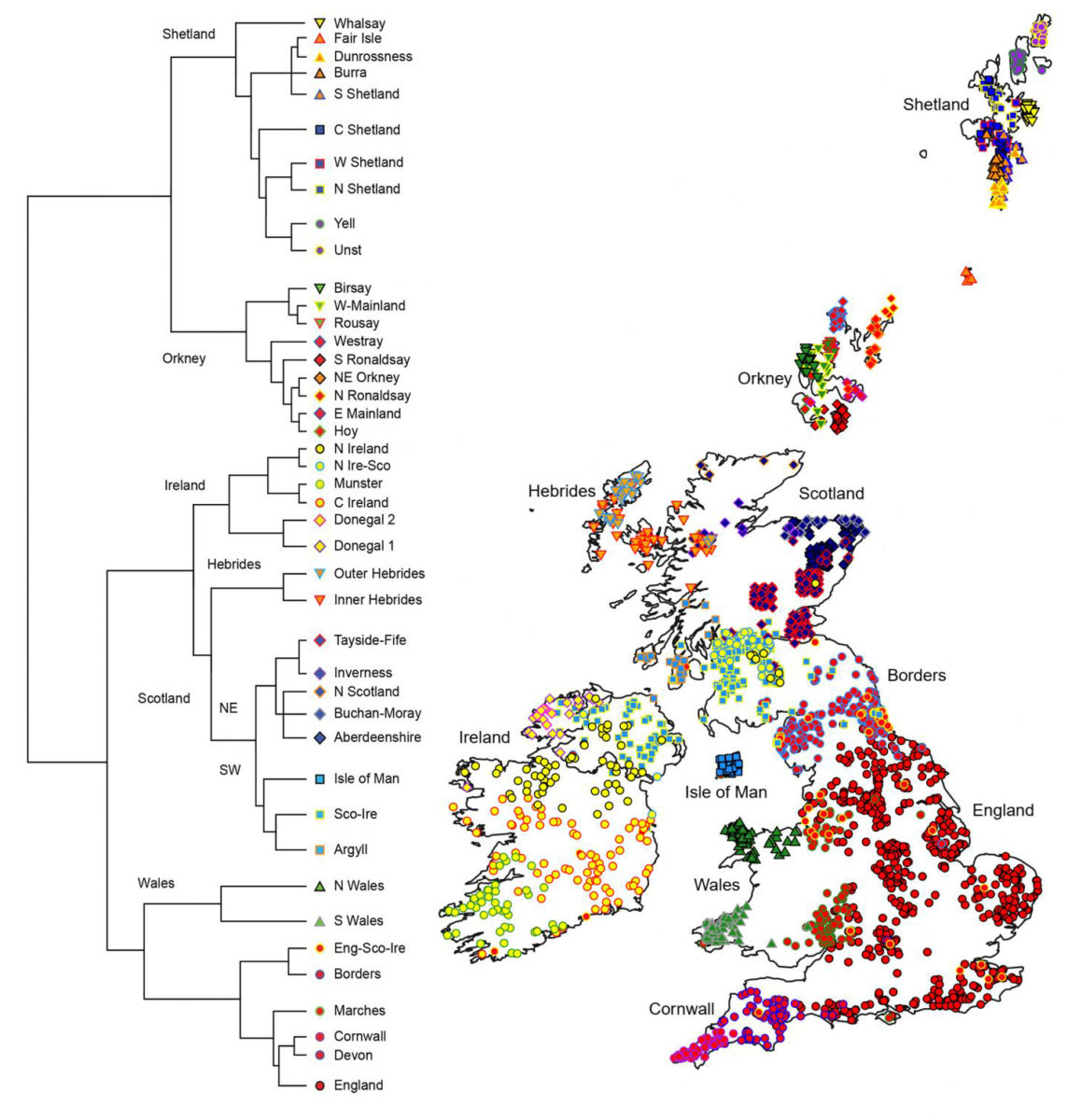 The DNA of Scottish people still contains signs of the country’s ancient kingdoms, with many apparently living in the same areas as their ancestors did more than a millennium ago, a study shows.

Experts have constructed Scotland’s first comprehensive genetic map, which reveals that the country is divided into six main clusters of genetically similar individuals: the Borders, the south-west, the north-east, the Hebrides, Orkney and Shetland.

These groupings are in similar locations to Dark Age kingdoms such as Strathclyde in the south-west, Pictland in the north-east, and Gododdin in the south-east. The Dark Ages are widely considered to be from the end of the Roman Empire in 476 AD to around 1000 AD.

In addition to showcasing Scotland’s genetic continuity, experts believe this type of population analysis could aid the discovery of rare DNA differences that might play major roles in human disease.

The new data from Scotland means this is the first time the genetic map of the United Kingdom and the Republic of Ireland can be seen in its entirety, researchers say.

The study also discovered that some of the founders of Iceland may have originated from north-west Scotland and Ireland and that the Isle of Man is genetically predominantly Scottish.

The study looked at the genetic makeup of more than 2500 people from Britain and Ireland – including almost 1000 from Scotland – whose grandparents or great grandparents were born within 50 miles of each other.

Researchers from the University of Edinburgh and RCSI (Royal College of Surgeons in Ireland) then compared this with the DNA of people who lived thousands of years ago.

Experts found that Orkney and Shetland had the highest levels of Norwegian ancestry outside Scandinavia and that many islands within the archipelagos had their own unique genetic identity.

The islands also contained subtle, but notable genetic differences between people living only a few miles apart, with no obvious physical barriers.

The study was funded by the Medical Research Council, the Chief Scientist Office of the Scottish Executive and Science Foundation Ireland.

It is published in the journal Proceedings of the National Academy of Sciences.

Professor Jim Wilson, from the University of Edinburgh’s Usher Institute and MRC Human Genetics Unit, said: “It is remarkable how long the shadows of Scotland’s Dark Age kingdoms are, given the massive increase in movement from the industrial revolution to the modern era. We believe this is largely due to the majority of people marrying locally and preserving their genetic identity.”

Dr Edmund Gilbert, from RCSI, added: “This work is important not only from the historical perspective, but also for helping understand the role of genetic variation in human disease. Understanding the fine-scale genetic structure of a population helps researchers better separate disease-causing genetic variation from that which occurs naturally in the British and Irish populations, but has little or no impact on disease risk.”