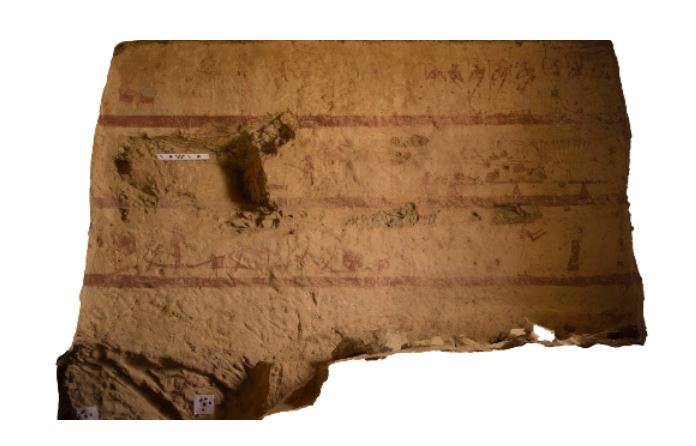 First located by K.R. Lepsius in the 19th c.

A Ptolemaic tomb has been rediscovered and fully documented by Oxford-based team of archaeologists working at Elkab, Egypt.

During its last fieldwork season, the Oxford Epigraphic Expedition to Elkab, in southern Egypt, successfully rediscovered a Ptolemaic painted tomb. The tomb had originally discovered in the 19th century but its exact whereabouts had since become unknown.

Originally located by iconic archaeologist K.R. Lepsius (1810-1884) in 1844, the tomb had never been the subject of proper scientific investigation.

During its last fieldwork season, the Oxford Epigraphic Expedition to Elkab located the tomb in the Graeco-Roman sector of the main necropolis. According to a statement “Through its inscriptions, we can precisely date the tomb to the reign of King Ptolemy III (3rd century BC), at the time of the Greek rule of Egypt. Despite the fading of much of the tomb’s decoration, digital technologies have allowed us to record and study it in all its original beauty”.