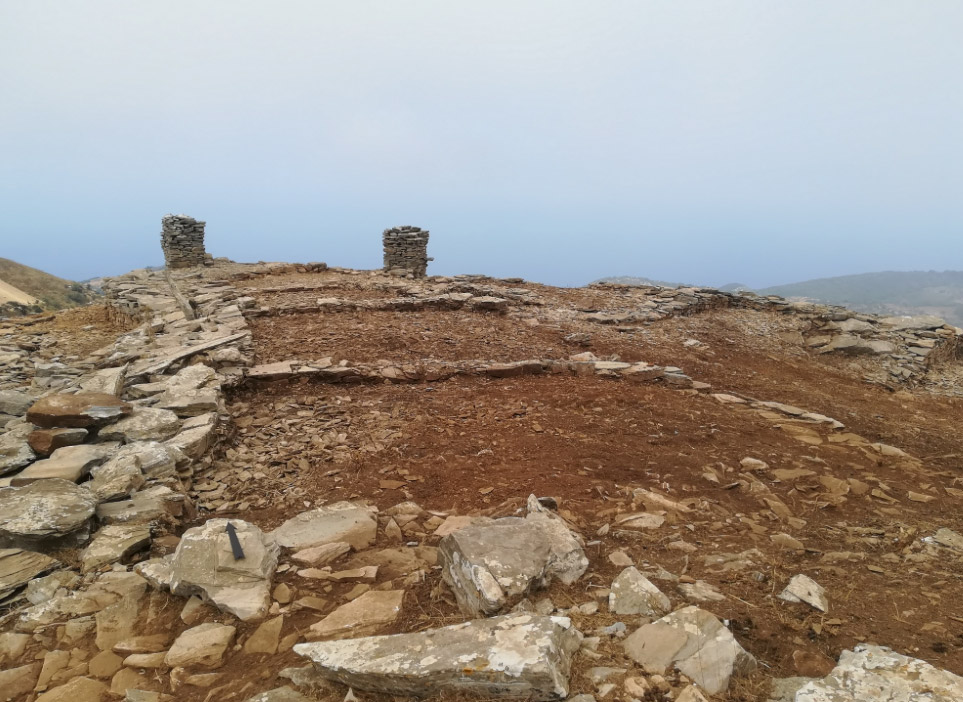 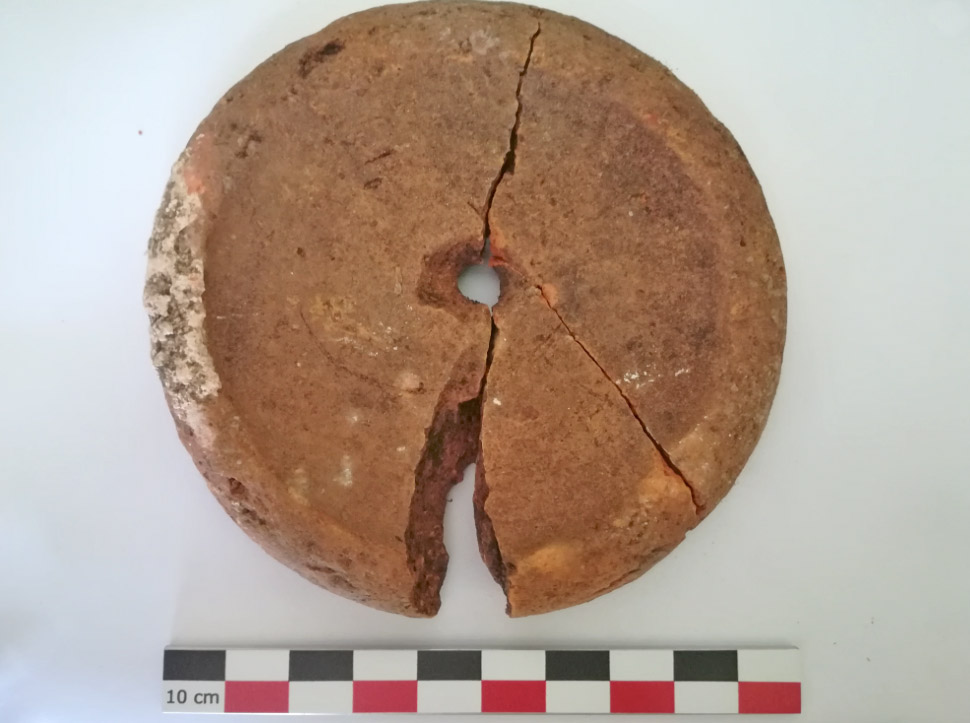 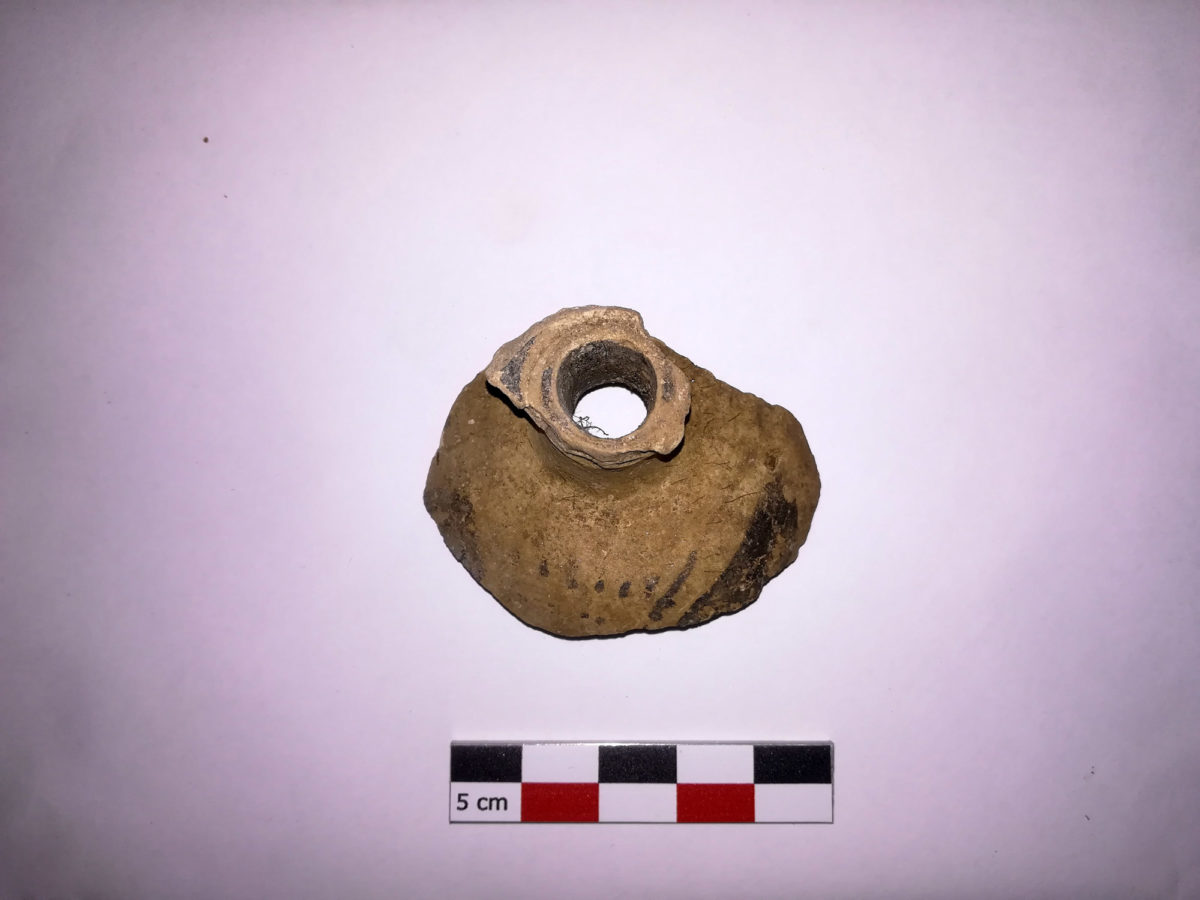 Settlement from the historical period located at Pyrgari

An important settlement from historical times was located while monitoring technical works for the installation of a wind farm at Pyrgari-Dardiza, 3 km south of the village of Giannitsi in the municipality of Karystos. The site has been undergoing archaeological excavation supervised by the Ephorate of Antiquities of Euboea and its head Dr A. Simosi, since July 29, 2019, while trial trenching is to follow.

The settlement under investigation is located in a naturally fortified position situated on part of a rocky hill, adapted to the natural terrain and overlooking the sea routes and the fortified settlement of Filagra to the north. The architectural remains are 46 m long and 22.50 m wide and extend in a NE-NW direction, while the total area under investigation is approximately 0.247 acres. During the cleaning process, strong exterior walls were revealed as was an arched space and rectangular rooms symmetrically arranged, on either side of a passageway leading to an open space on its narrow northwest side and a courtyard on its southeast.

The preliminary nature of the study of data does not allow at present for safe conclusions to be arrived at concerning the correlation of the unearthed sites with specific activities, but the use of the space by humans has been undoubtedly confirmed.

The moveable findings discovered after cleaning the space include mostly unadorned, coarse-grained pottery made up of utilitarian and storage vessels, while there are only very few examples of fine, decorated pottery, such as part of an aryballos vase with black decoration and a few shards of black paint vessels. In addition, the findings include a loom weight as well as a piece of iron slag, evidence that may indicate craft activities having taken place at the site.

Based on the pottery, the site dates back to archaic times, probably the 6th century BC, while there are indications of other historical phases having existed. Continuing archaeological excavations at the site may lead to new data that will help understand the nature of the settlement.

The archaeologist responsible for the project is Nadia Giagoudaki, supervised by Department Head Fani Stavroulaki.