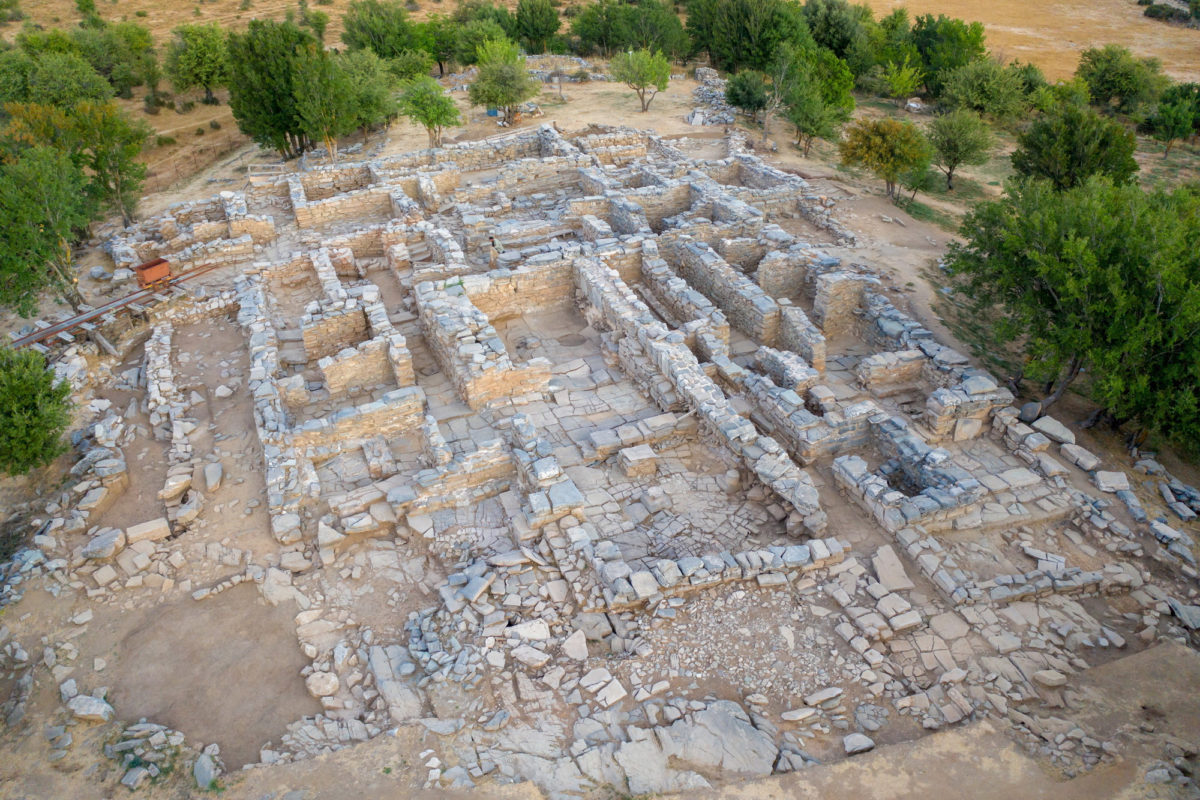 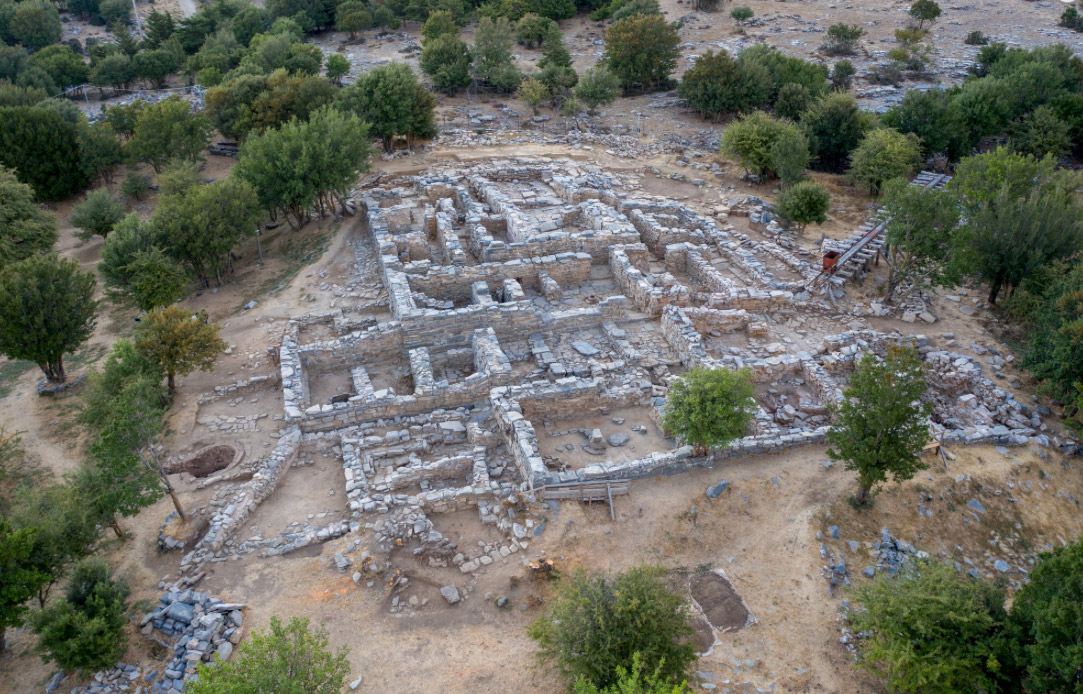 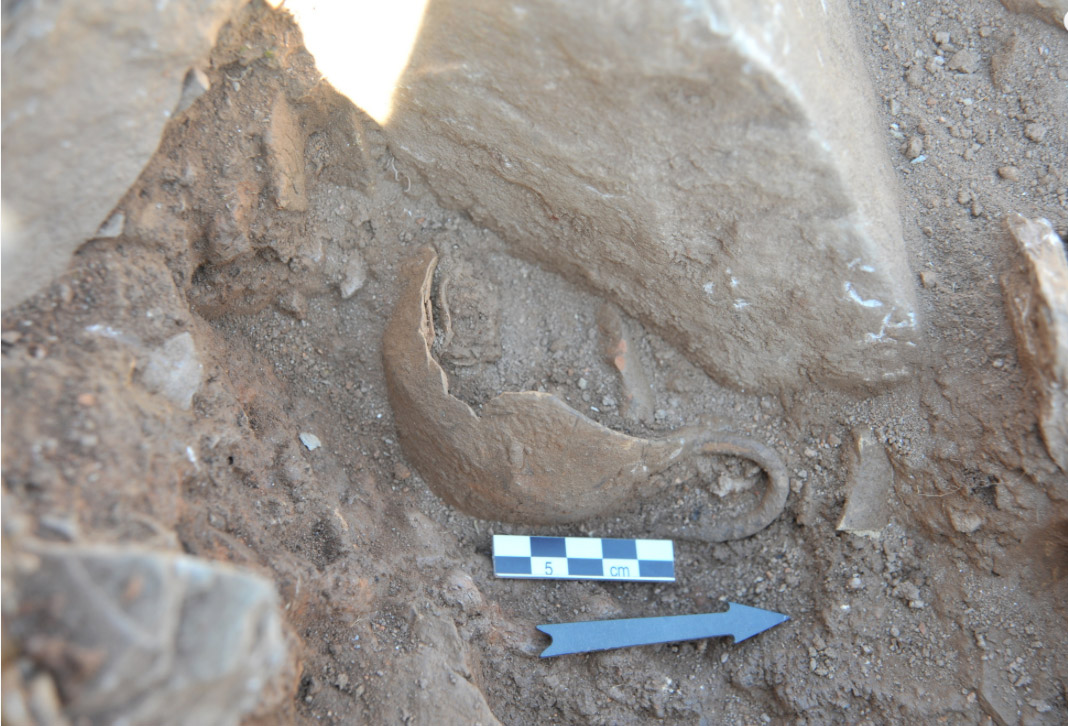 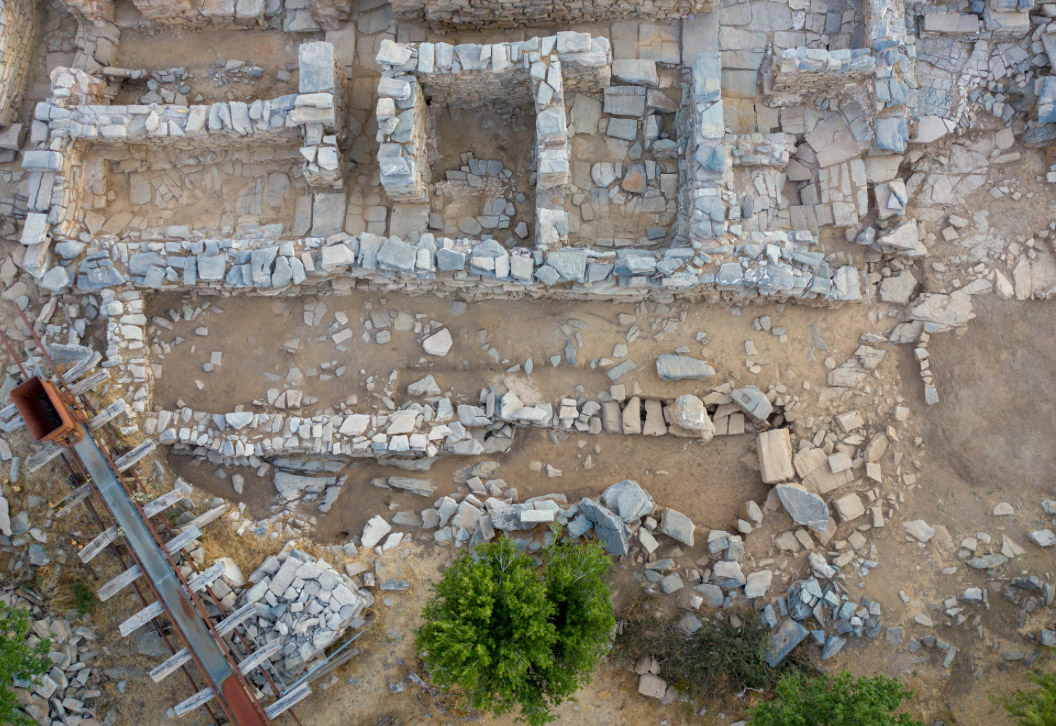 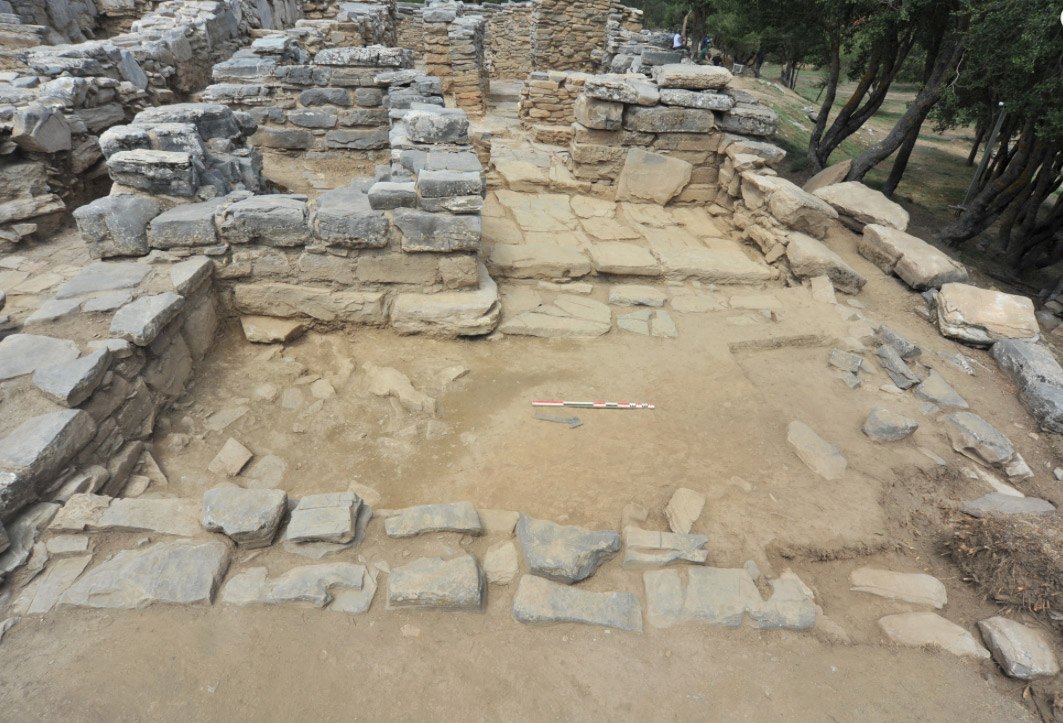 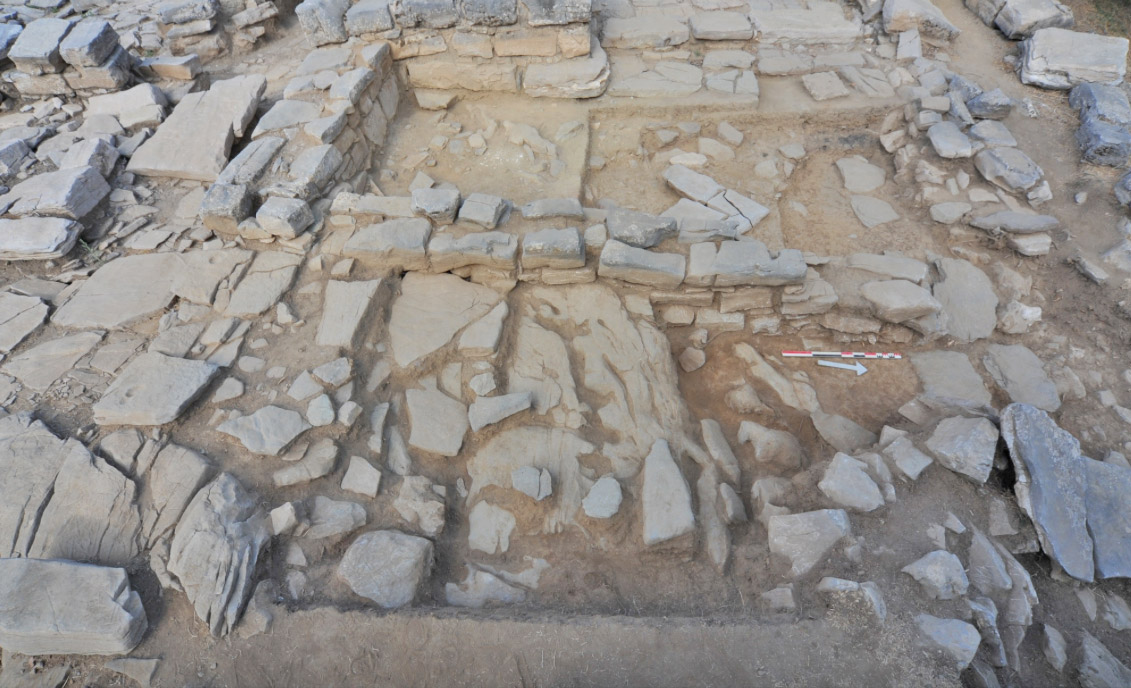 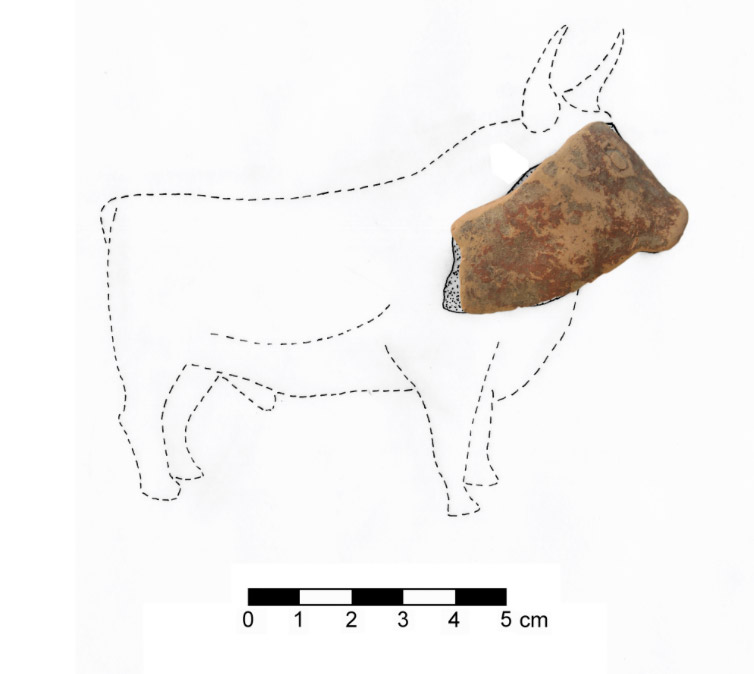 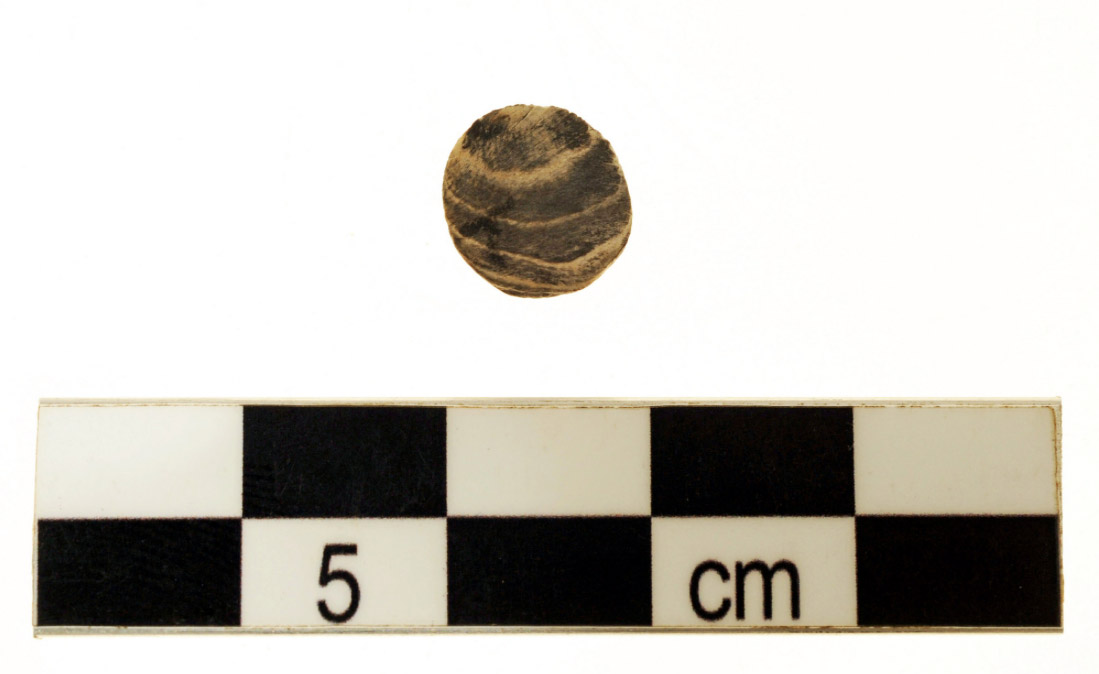 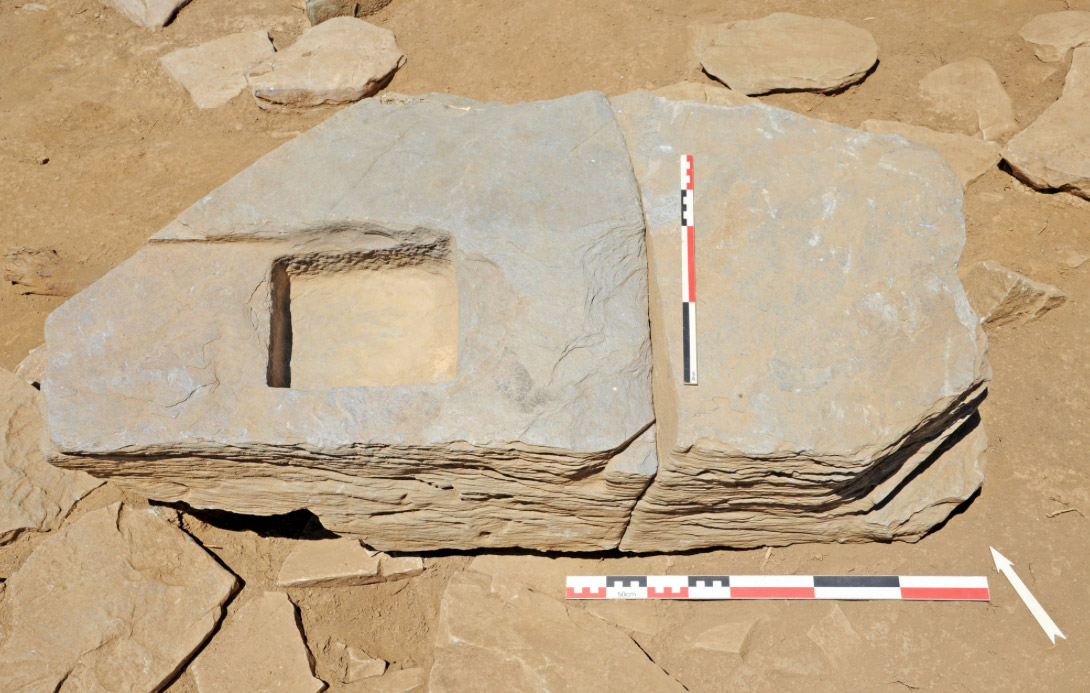 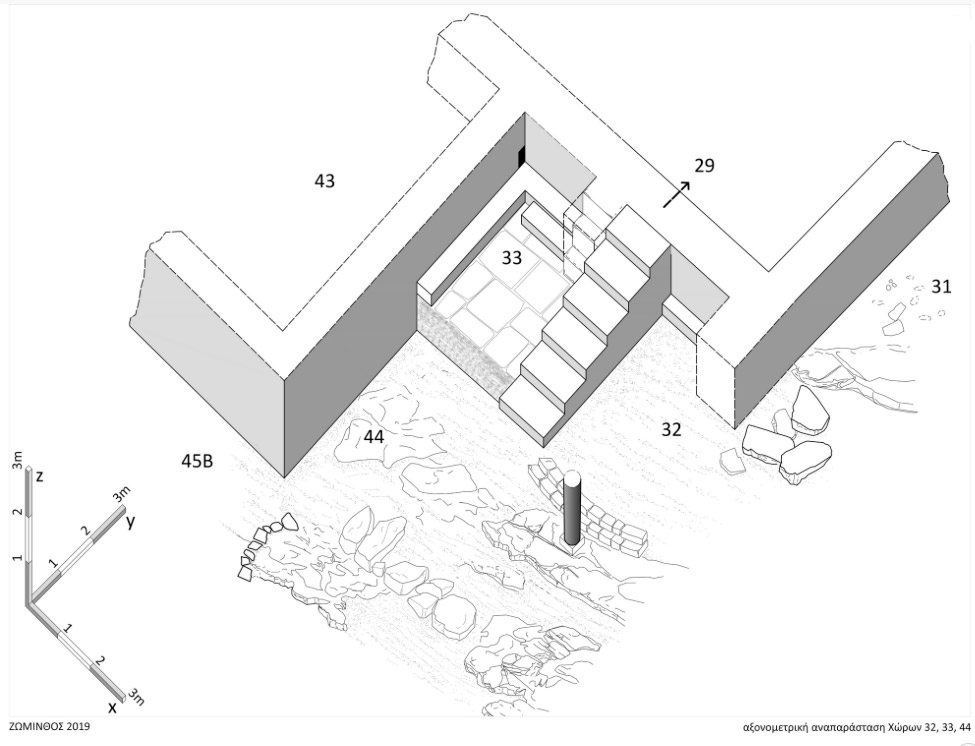 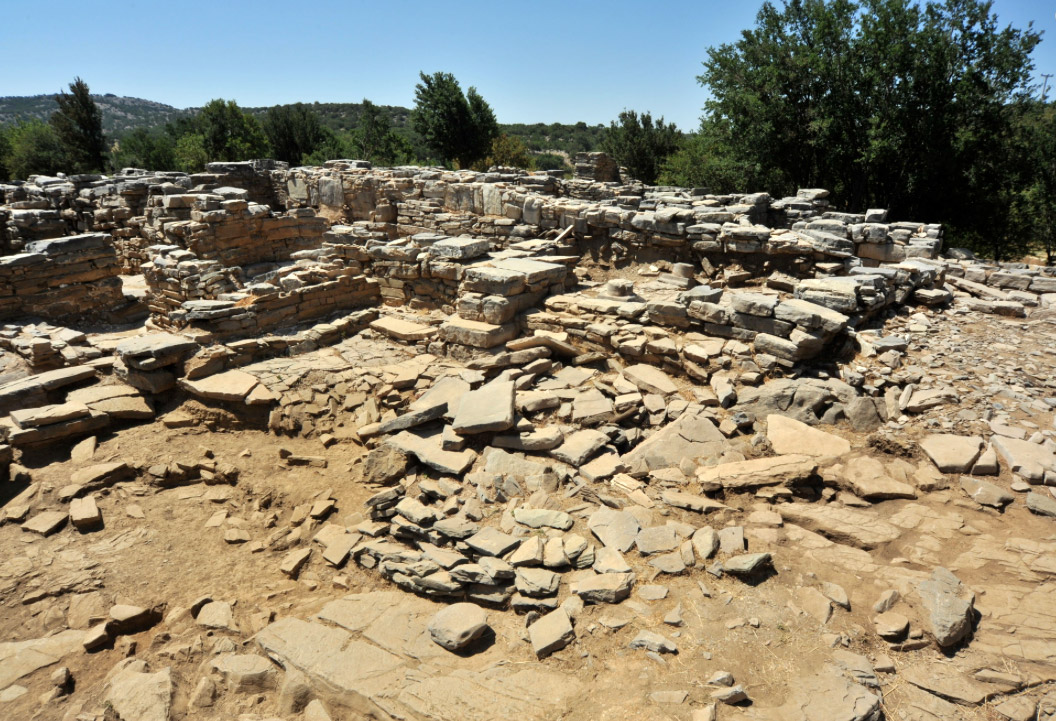 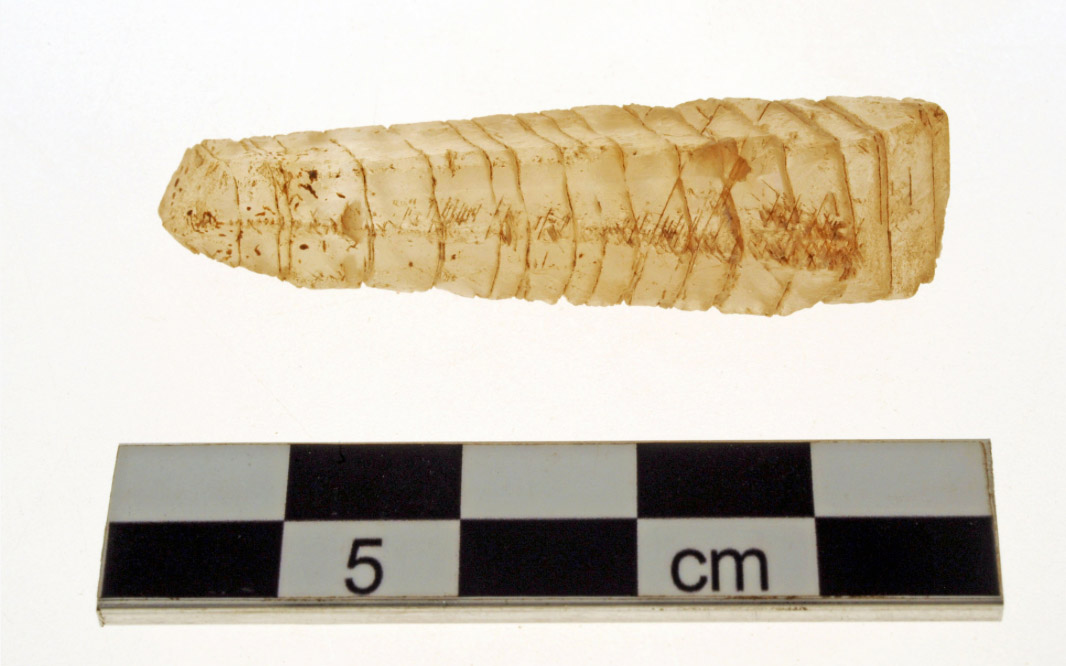 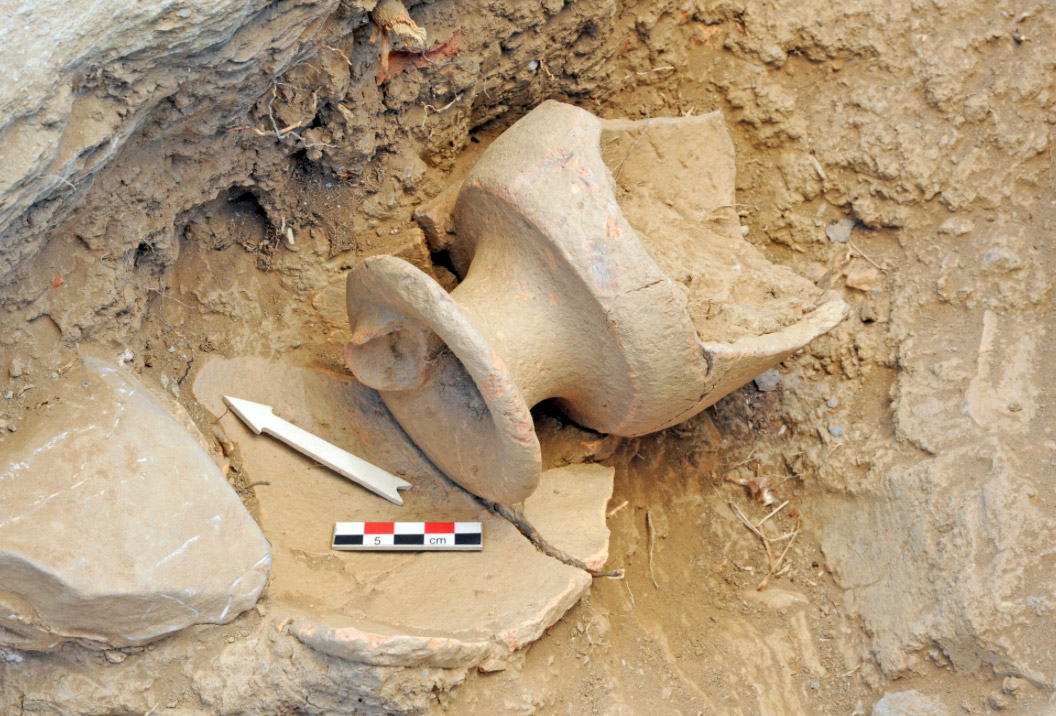 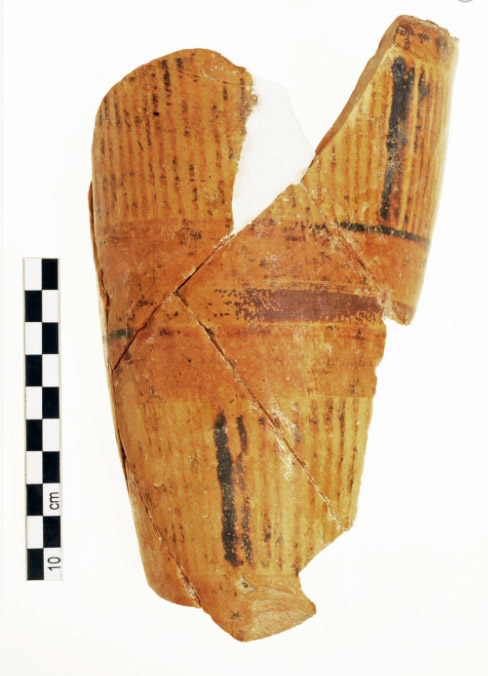 The Zominthos Archive has been found

Important new finds from the excavation

Zominthos (fig. 1, 2) is becoming one of the best researched and most important archaeological sites on Crete. During this year’s excavation by the Archaeological Society headed by Doctor Efi Sapouna-Sakellaraki, particularly interesting information on the building’s function was provided by locating the Archive, with the discovery of a tablet in Hieroglyphic/Linear A script. 217 tripod vessels are recorded on the tablet with an ideogram next to the symbols depicting numbers. The tablet resembles an accounting spreadsheet obviously recording items, which shows the building complex’s organization. It was found at a crucial spot (fig. 3), where earlier excavations had yielded jewellery, seals, and two bronze figurines fallen from an upper floor. Remains of an older palace were found beneath this.

The same system of writing, of a religious nature, with many marks of Linear A script is also inscribed on a small stone altar found in the two pillared Room 26/53 (“Hall of the small inscribed altar″) as well as on a vessel from another place, which perhaps declares its content. These are examples of the organization within the priesthood and possible invocations. The tablets, however, also confirm the economic nature of the building, apart from its certain religious aspect.

One of the objectives of this year’s excavation was also the investigation around the central palace building which yielded a lot of fresh data. A key one is the confirmation that under the building of the Neopalatial era lay an earlier building on a rock foundation (fig. 4) covering a greater area and which yielded a multitude of finds from that period.

At the time of the New Palaces (1700-1600 BC), following a great earthquake, several changes were made, such as the one at the northeast entrance with an extremely interesting antechamber with benches (fig. 5) which was closed and a ramp created in its place (fig. 6) leading to the east. Found at the site of the original entrance, having fallen from an upper floor along with masses of vessels were part of a bull statuette (fig. 7), circular discs (fig. 8) with others like them scattered in other areas and an ornament made of bone. All these, along with another long engraved stone tablet found at the same site, are inlaid decorations on a Zatrikion board game similar to that of Knossos.

During the same period of modifications, large terraces / retaining walls were created on the south side of the hill, attached to the central core of the building, from which, despite catastrophic looting in the 1960s, important architectural remains have survived (fig. 9) and movable finds such as oil lamps, a cylindrical base in the snake tube style, a bronze object possibly from an animal statuette, a votive dagger and more.

At the magnificent south-east entrance, sections (fig. 10) enhanced the pilasters and also fully revealed the west area containing an altar and depositor, as well as the floor that had fallen from an upper storey and was preserved at an angle facing an outside space (fig. 11).

At the southwest entrance a portico with half columns was discovered under Mycenaean ruins, leading to a chamber with four columns, possibly the throne room. Bases of what could be the throne have been preserved. This place, likewise, was found to have been in use since the Protopalatial period (1900 BC) up to and including the Mycenaean era (circa 1400 BC).

On the west side, a chamber attached to the Main Building, constructed over an earlier building, yielded some beautiful findings, such as the section of a vase with spiral decoration in relief, a crystal amulet (fig. 12) and more.

It was extremely exciting to discover an area outside the north facade of the Main Building and attached to it, which yielded hundreds of vessels with rhyta (conical ritual vessels) among them (fig. 13, 14), and which may have been a place for storing sacred objects. An exhaustive study of the area’s stratigraphy was not conducted because of the abundance of findings.

The building’ excellent sewage system is also worth noting, as shown by remains of pipelines in the immediate surrounding area.

Finally, this year the operation was confirmed of a kiln for metal work found in the west wing, where there is a pottery workshop as well as one for the treatment of obsidian. This was reported by a team from the NCSR “Democritos” and the Foundation for Research and Technology, Crete, regarding the use of large portions of primary ores and processed metals all over the site.