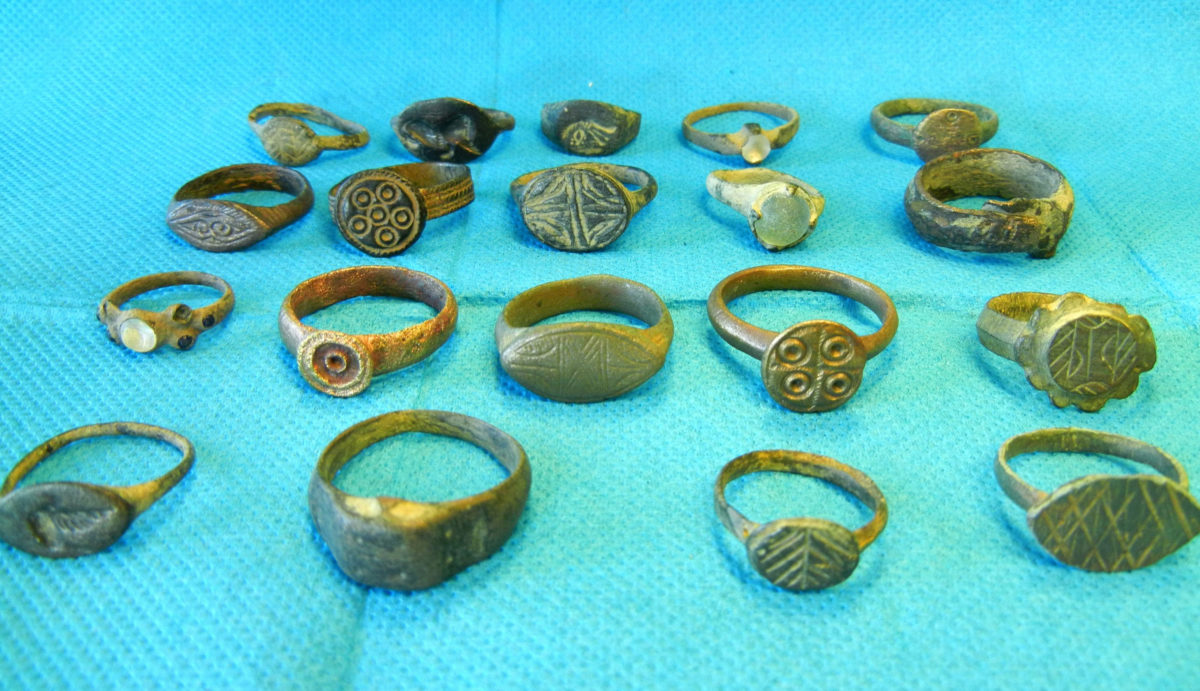 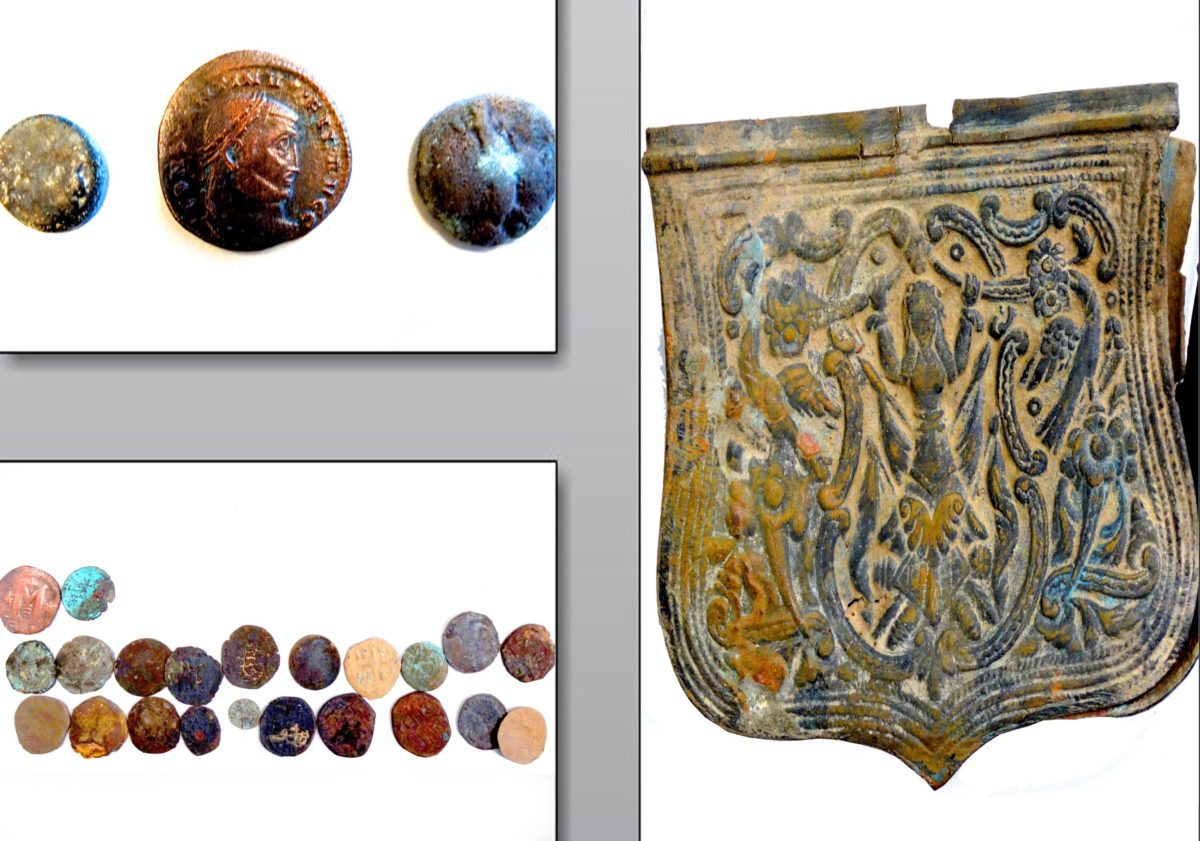 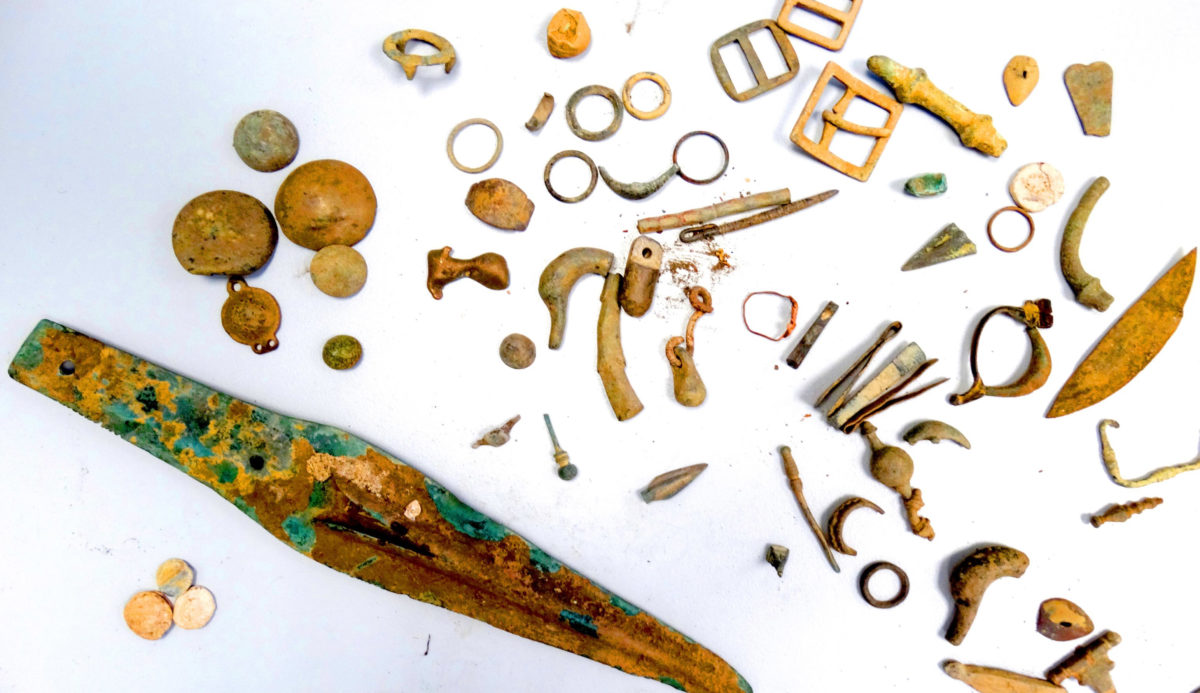 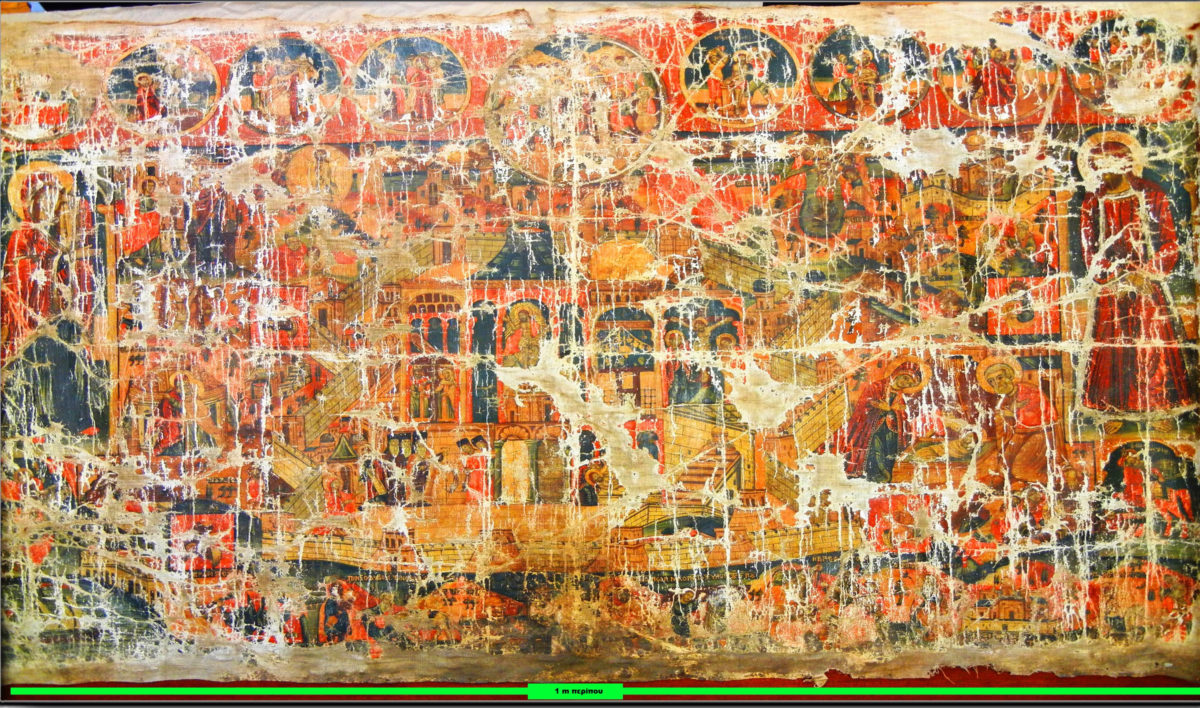 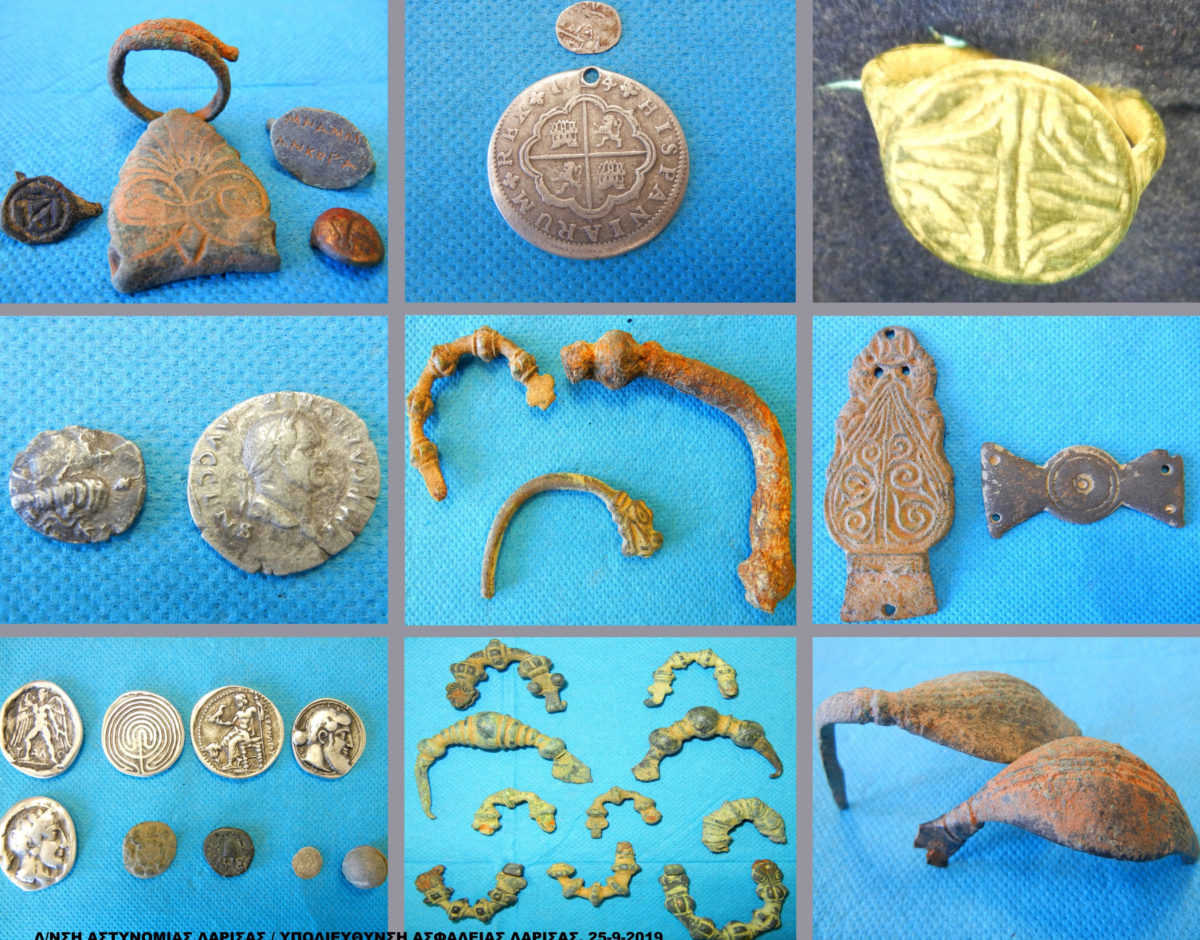 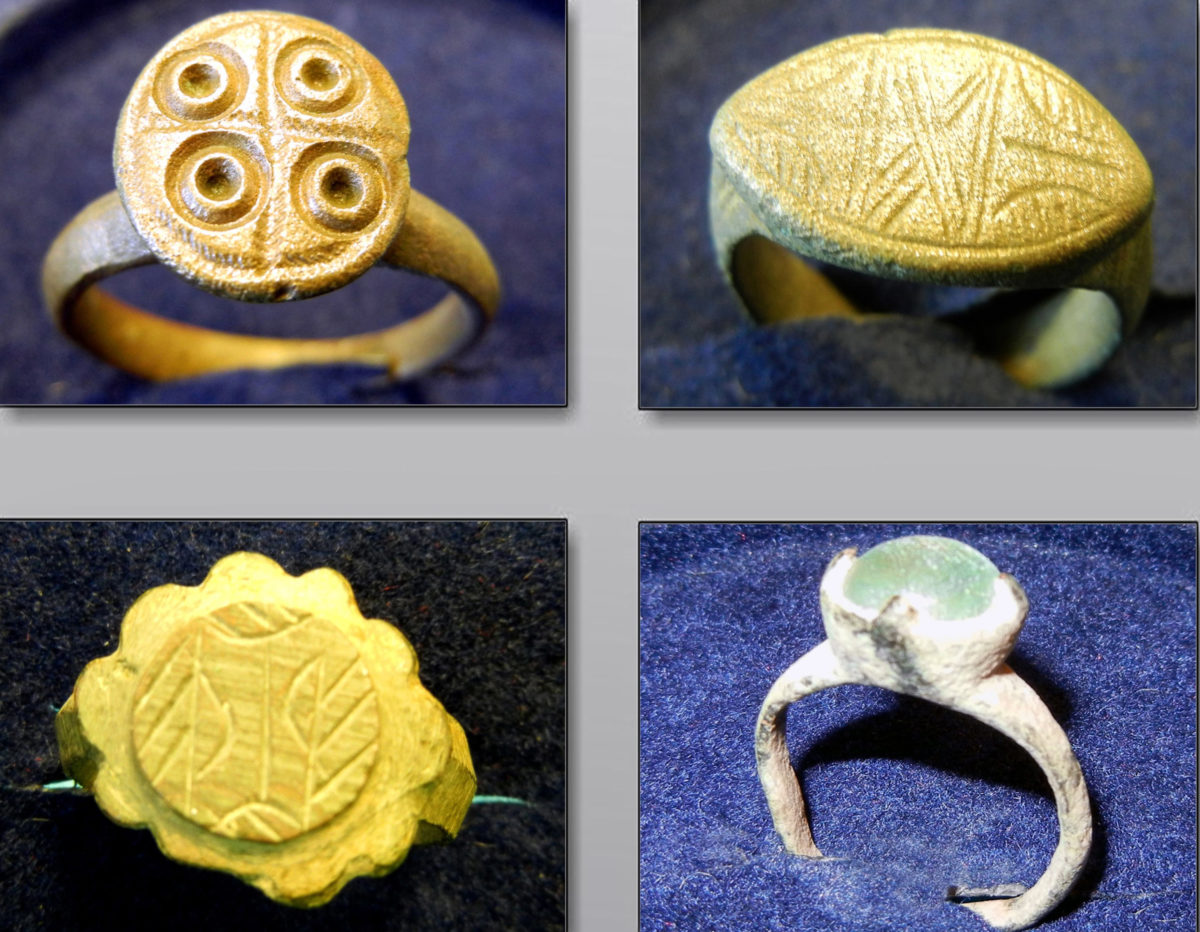 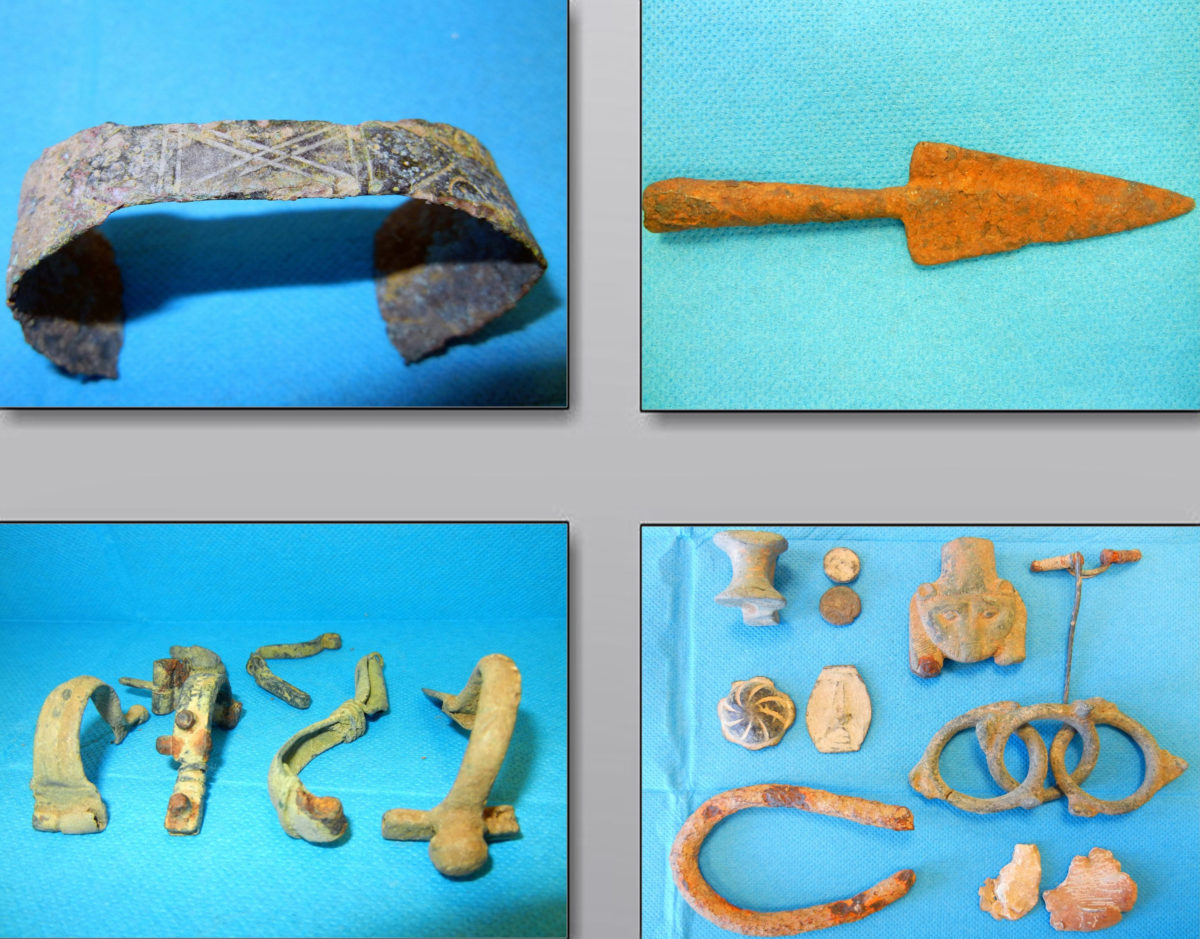 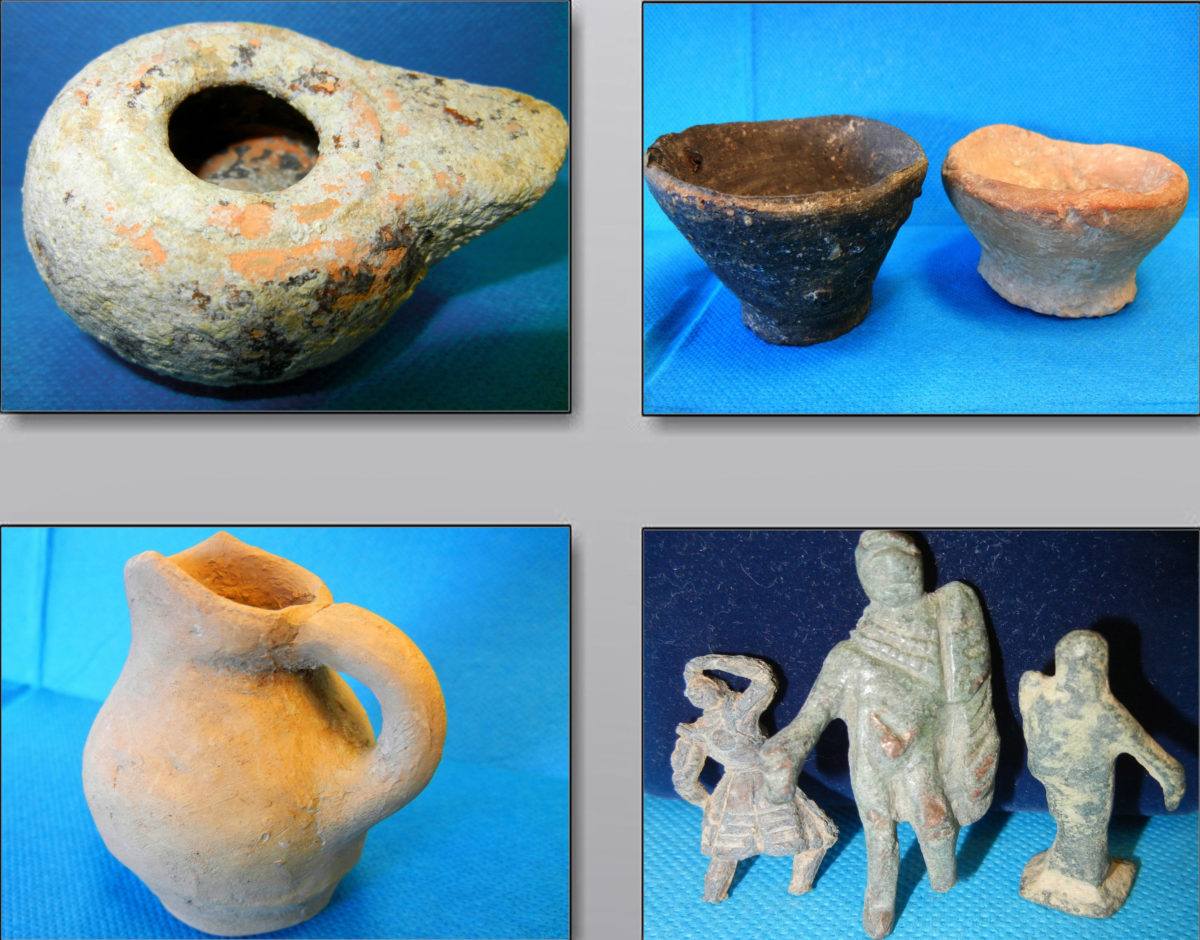 In parts of Thessaly and Pieria

Two gangs whose members were involved in illegal antiquities excavations in the regions of Thessaly and Pieria and also in possession of ancient artefacts, were located by the Security Sub directorate of Larisa after a thorough, methodical investigation lasting over several months.

Specifically, in a coordinated police operation carried out last Wednesday in districts of Larissa and Karditsa, a total of eight people were arrested, aged between 32 and 63. A case has been filed against them for infringement of the law on the protection of antiquities and cultural heritage in general, and infringement of the law on firearms. The same file includes another 13 people with a police officer among them who, as it was ascertained, is involved in a single excavation.

According to a statement by the Greek Police, the perpetrators, with a different composition each time, conducted illegal excavations and ground surveys where appropriate, in rural mountainous or semi-mountainous areas of Thessaly and Pieria and even at archaeological sites, using special detectors or other surveying instruments.

Found and confiscated in investigations carried out in districts of Larissa, Karditsa and Attica, were, ancient, Byzantine, Roman and modern.