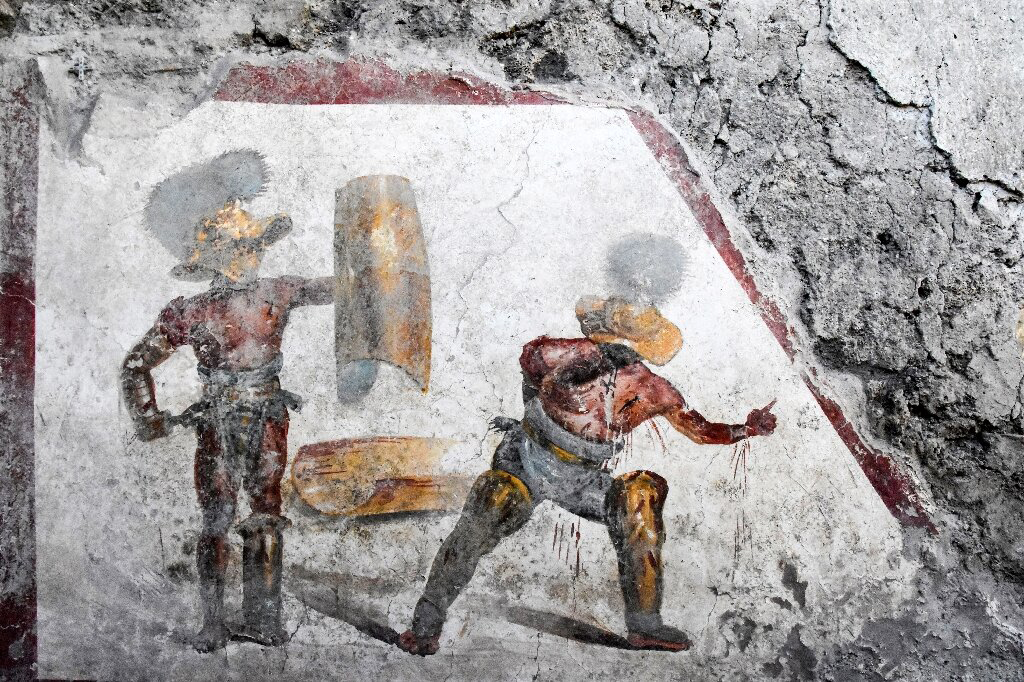 Two gladiators at the end of the fight. One wins, the other succumbs. This is the scene of the last fresco found in the Regio V.

“It is very probable that this place was frequented by gladiators,” declares the General Director Massimo Osanna. “We are in the Regio V, not far from the barracks of the gladiators. In this fresco it is interesting to see the extremely realistic representation of the wounds. We do not know what the final outcome of this fight was. You could die or have grace. In this case there is a gesture that the wounded trace makes with his hand, perhaps, to implore salvation; it is the gesture of ad locutia, usually done by the emperor or the general to grant grace.”

The fighters depicted belong to two different types of gladiators: a murmillo and a Thracian, as their armour and weapons suggest.

The fresco was found —which measures 1.12 by 1.5 metres— was found in what excavators believe was a basement room, as the imprint of a wooden staircase can be seen above it. The place was probably a tavern used either by the innkeeper or by prostitutes.

Culture Minister Dario Franceschini said the find showed Pompeii was “an inexhaustible mine of research and knowledge for the archaeologists of today and the future”.