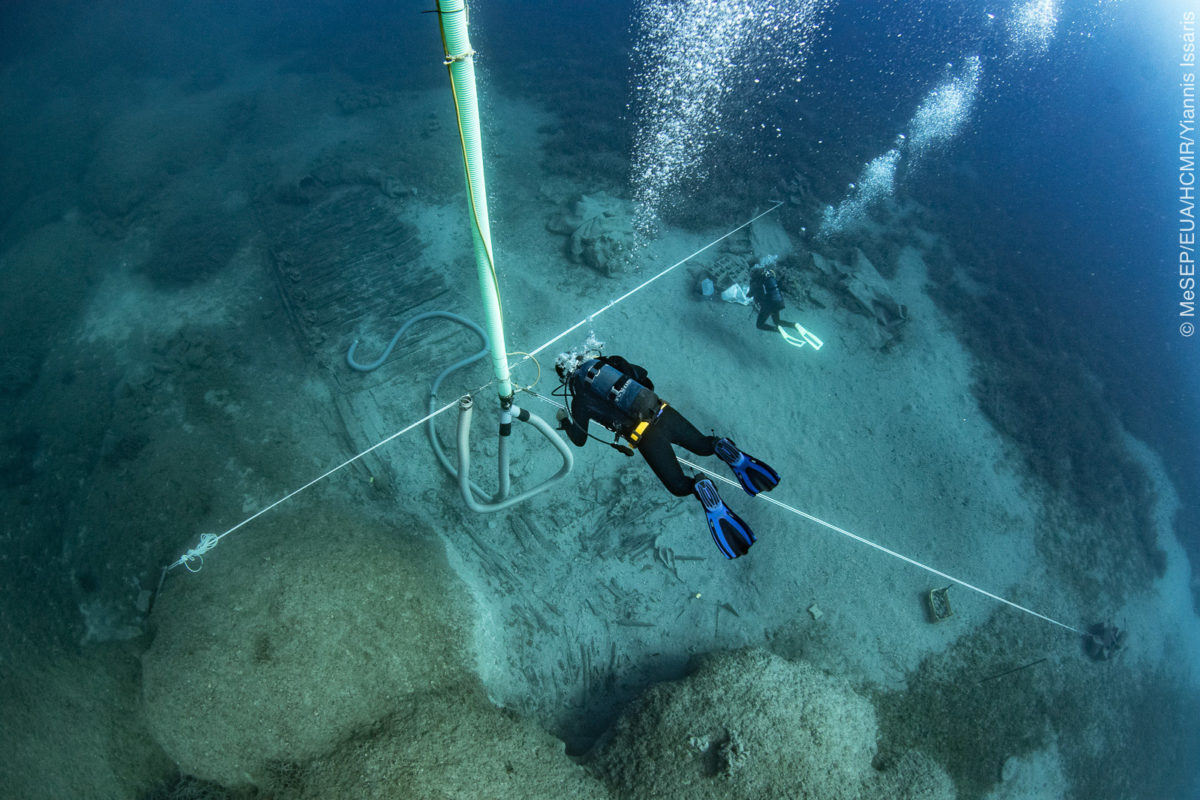 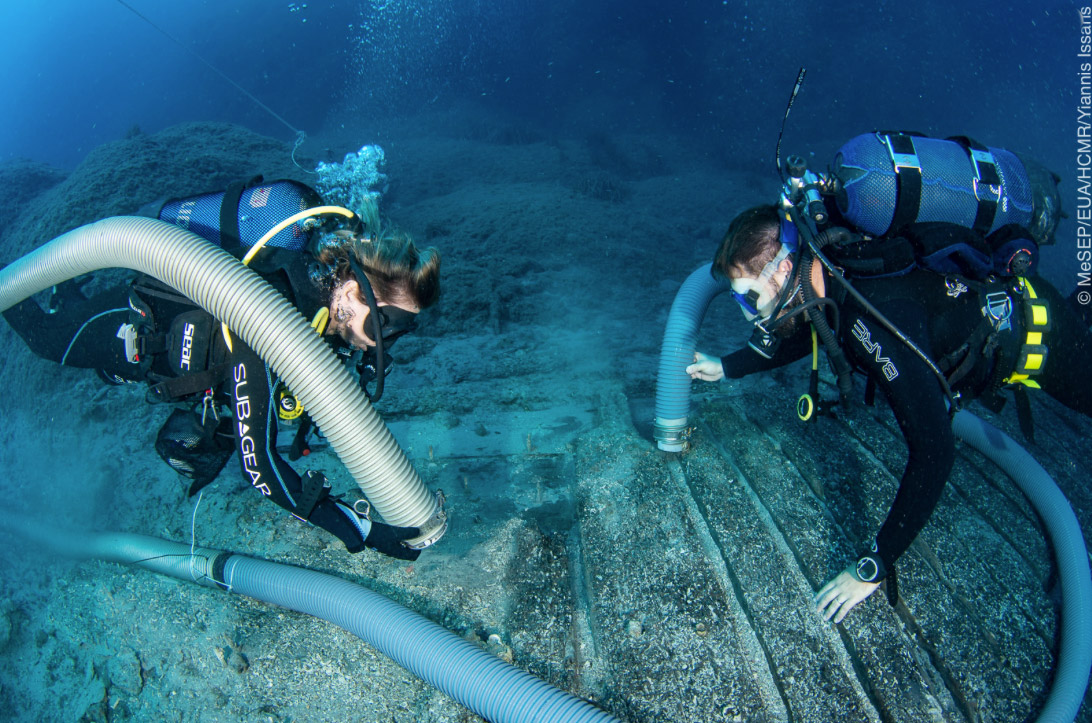 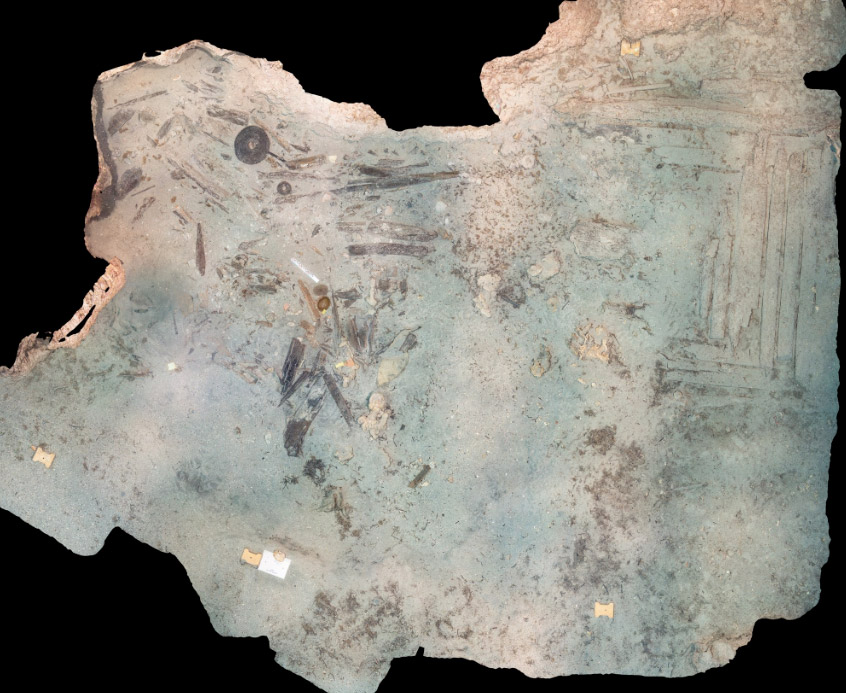 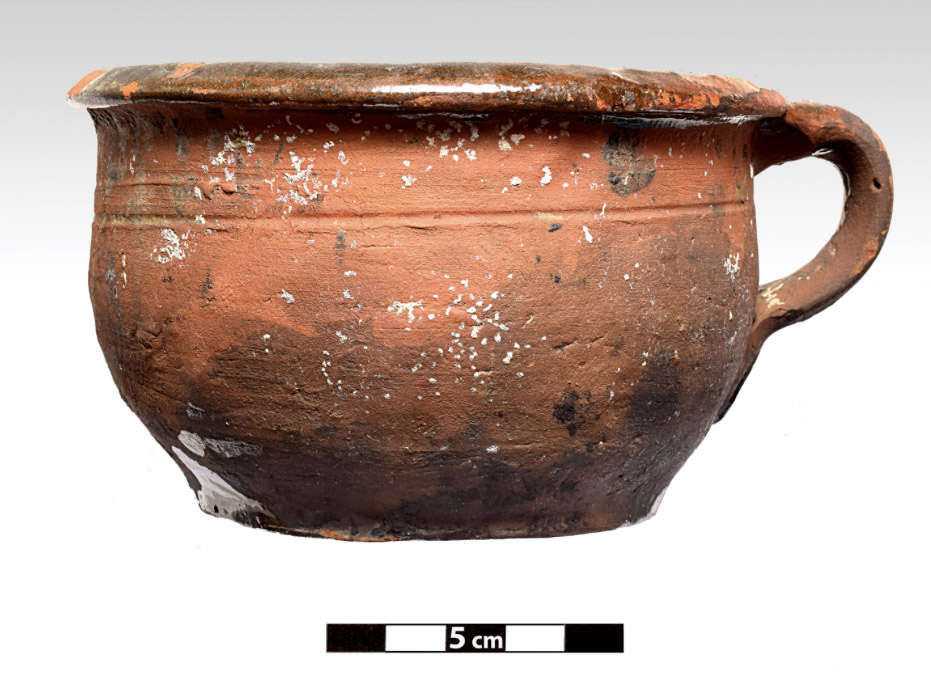 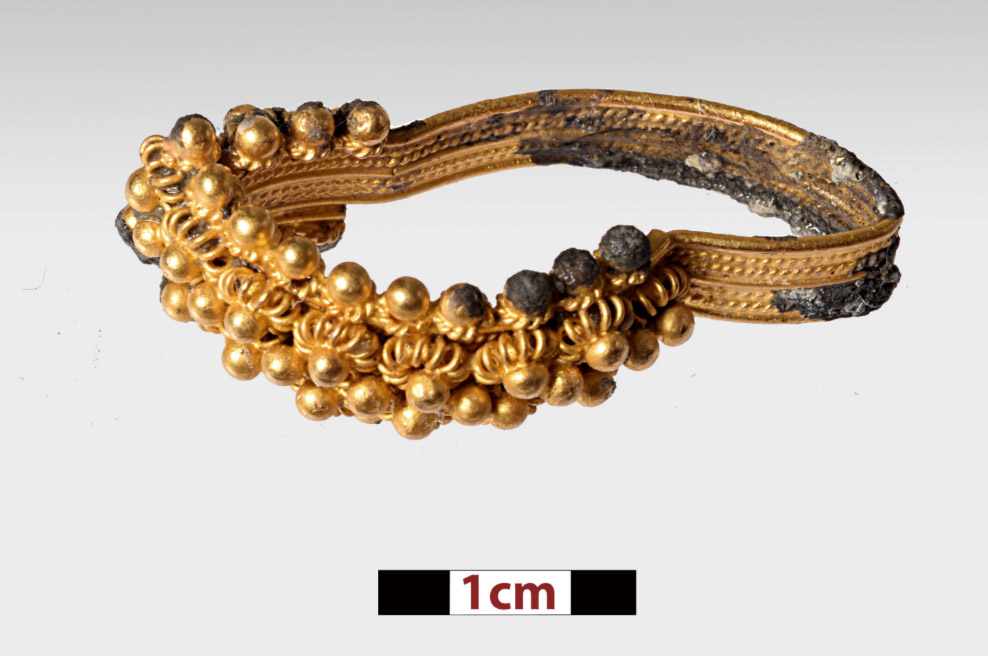 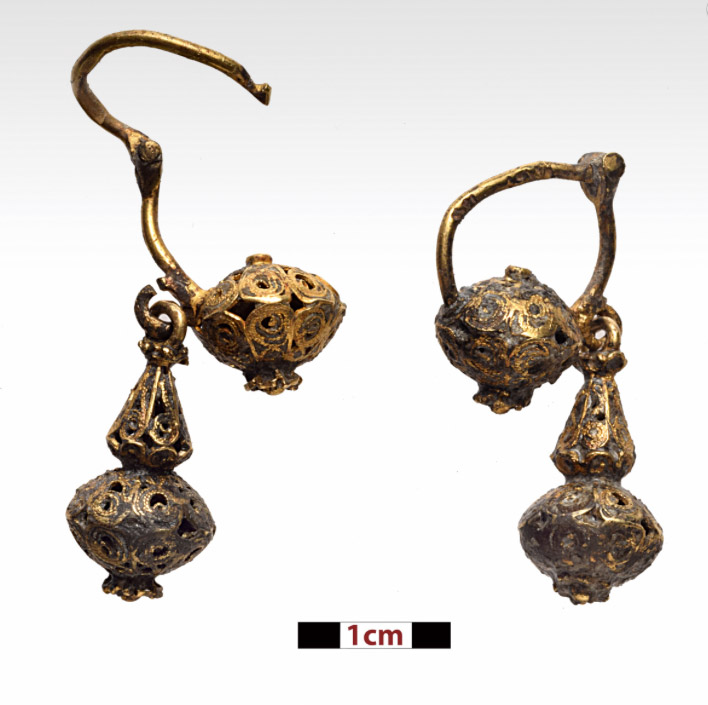 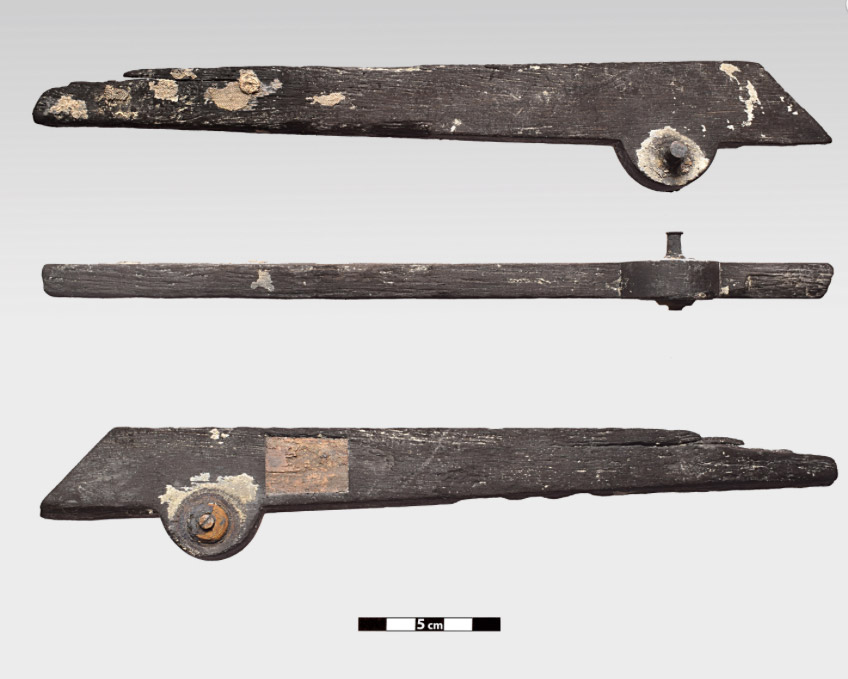 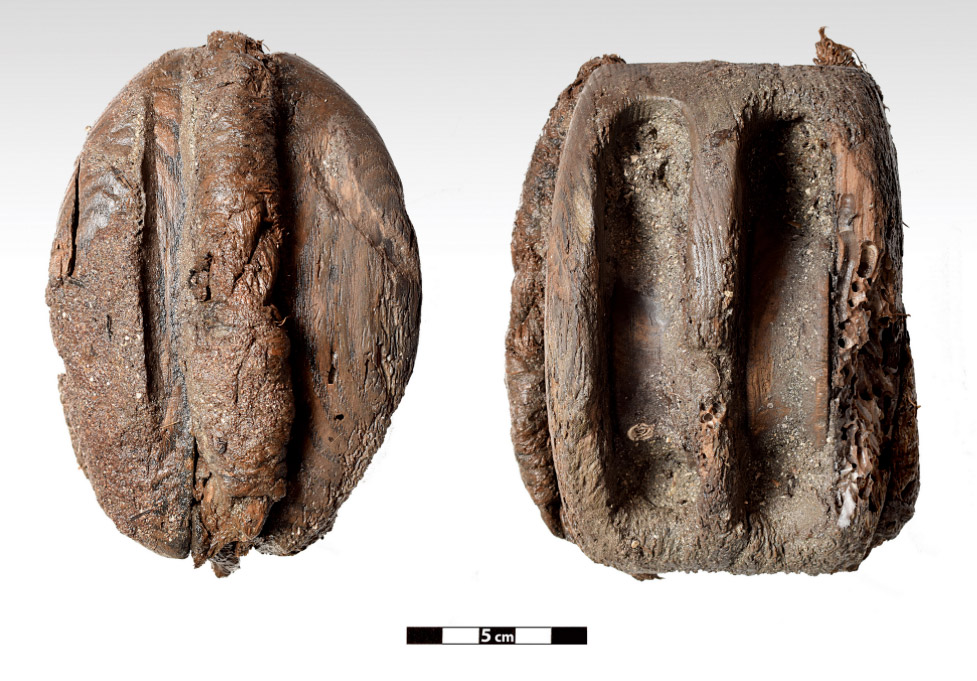 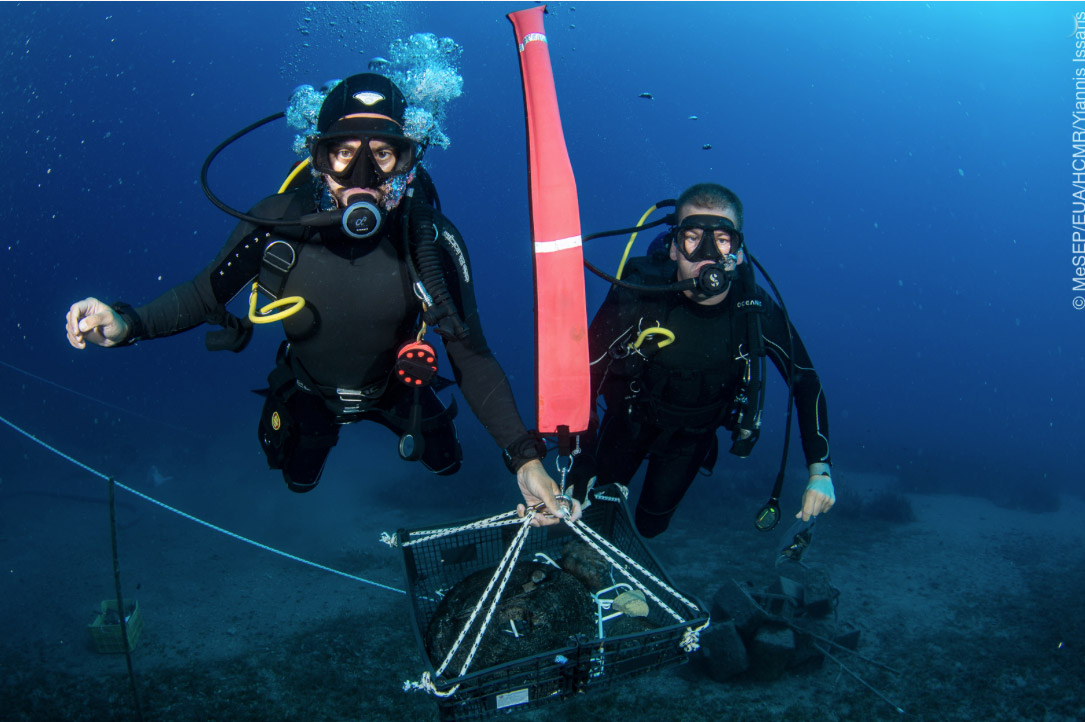 New Finds from the underwater archaeological excavation at the “Mentor” shipwreck

This year’s archaeological season at the site of the historic ‟Mentor″ shipwreck off Avlemonas, Kythera has been completed by the Ephorate of Underwater Antiquities headed by archaeologist Dr Dimitris Kourkoumelis

The briquette ‟Mentor” sank after hitting the rocks outside Avlemonas port on Kythera in September 1802. Its main cargo, recovered almost immediately after it went down, consisted of 17 crates with antiquities of various monuments from the Acropolis and Athens removed by Lord Elgin’s team.

This year’s excavation, conducted by a team of 12 between August 27 and September 15, focused both on cleaning the surviving part of the hull (figs. 1, 2) so as to re-make an orthophoto mosaic and ascertain its conservation status after 2012, as well as excavating a trench at the spot where the ship’s hull is broken. The trench is a continuation of the one investigated in 2017 (fig. 3). It was found that there were a large number of scattered planks and wooden frames buried at the site after it was submerged and taken apart in order to salvage the cargo (fig. 4).

Among the remarkable movable finds located and recovered from the sea are the following: a cooking utensil in one piece, with glazing on its inside (fig. 5), a gold ring with stylized wire flowers and beads and rope motif decoration on the band (fig. 6), a pair of gold earrings (fig. 7), the leg of a wooden compass (fig. 8), the fragment of the handle of an ancient Rhodian amphora with a stamp inscribed ΑΝΤΙΜΑΧΟΥ with a caduceus/ceremonial staff with serpents (a total of four handles have been found) ,three more chess pawns (four more have been located over previous years), various bone and wooden items, as well as a significant number of at least ten pulleys some of which still have pieces of the rope they were attached to (figs. 9,10). This probably confirms what had been expressed in 2017,namely that this is the site of one of the two masts of the ship and of other wooden and iron objects related to the ship’s fittings.

This year’s research was supported by the Ministry of Culture and Sports, the Ilios Shipping Co and St Trifyllis.