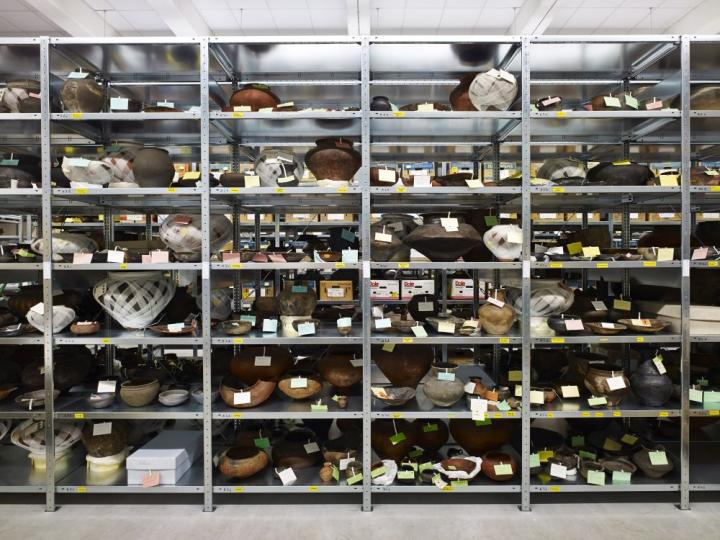 Early Celts may have drunk Mediterranean wine in local ceramics

Early Celts from the Heuneburg settlement may have enjoyed Mediterranean wine well before they began importing Mediterranean drinking vessels—and this special drink may have been available to all in the community, according to a study published October 23, 2019 in the open-access journal PLOS ONE by Maxime Rageot from Ludwig-Maximilians-Universität München and the University of Tübingen, and colleagues.

The Early Celtic “Heuneburg” settlement north of the Alps in modern-day Germany was a locus for early urbanization during the Early Iron Age (7th-5th centuries BCE): excavation has revealed several elite burials as well as a rich collection of Mediterranean imported goods used for feasting. In order to better understand feasting and consumption practices in the Heuneburg, Rageot and colleagues analyzed organic residues left on 126 local vessels and seven imported Attic ceramics recovered across the settlement, used for drinking and serving beverages, and food storage and preparation.

The results of the gas chromatography and mass spectrometry analyses showed that Mediterranean grape wine was present earlier than previously expected, and drunk from a large variety of vessels, including the oldest local ceramics created prior to the presence of imported Attic vessels or the formation of the settlement’s fortified central plateau (where elite members of the settlement are thought to have lived). This complicates a previous assumption that imported wine was reserved for the elite: this wine may have been available to all members of the community, at least early in Heuneburg’s history.

A bee or plant fermentation byproduct was also found in many of the vessels across the settlement, including Mediterranean-style goblets, so residents might have appropriated Mediterranean drinking style for local fermented beverages, too.

The authors’ analysis suggests that later, with the introduction of new imported Attic pottery and wheel-thrown local ceramics, residents may have preferred to drink imported wine solely from these finer vessels–potentially inspired by an increased knowledge of Mediterranean drinking practices.

After the elite plateau was walled off, the authors found more fermented beverage evidence in vessels from the plateau, and more millet/food evidence (including animal fats indicating consumption of dairy products) in vessels from the lower town, suggesting an increased distinction in vessel use between social classes. The intricate and shifting social dynamics hinted at in these findings suggest lines for future inquiry into Early Celtic sites.