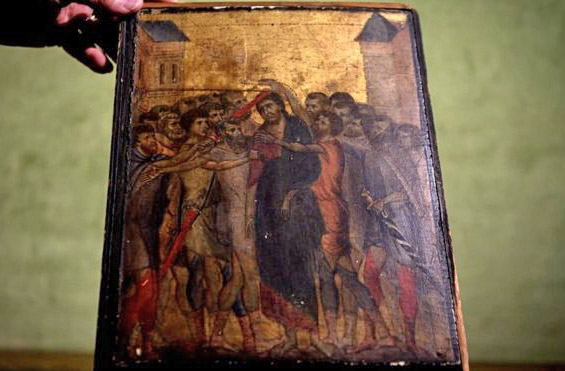 A rare masterpiece by Italian painter Cimabue “Christ Mocked” was sold for €24.180.000 (expenses included) at a historic auction in Senlis near Paris, announced the Acteon auction house.

The price fetched €19.5 million under the hammer minus the fees. Acteon auction house did not reveal the identity of the buyer of this painting, valued between 4 and 6 million Euros. It was the first time in decades that a Cimabue painting went to auction.