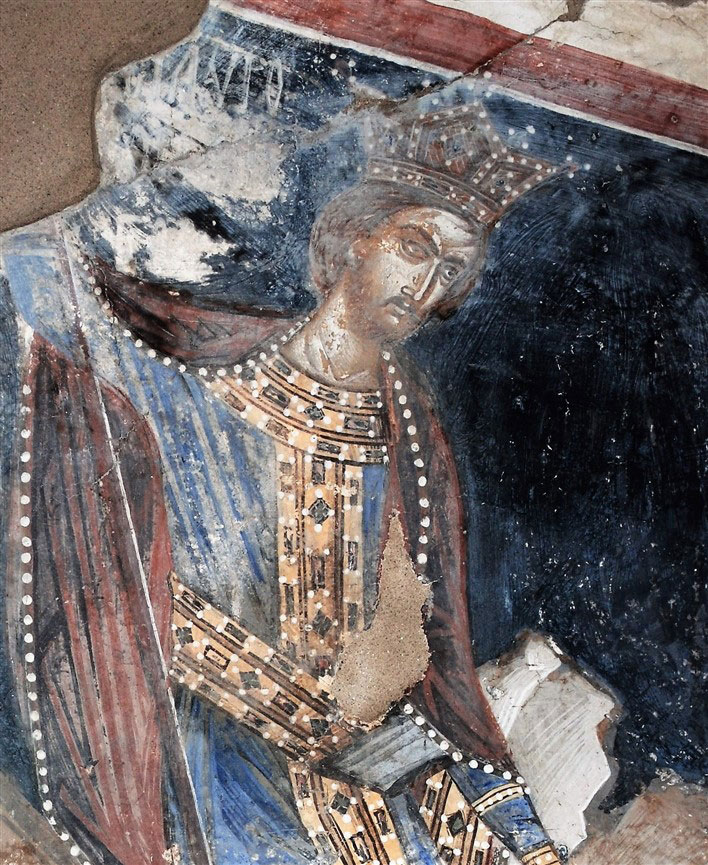 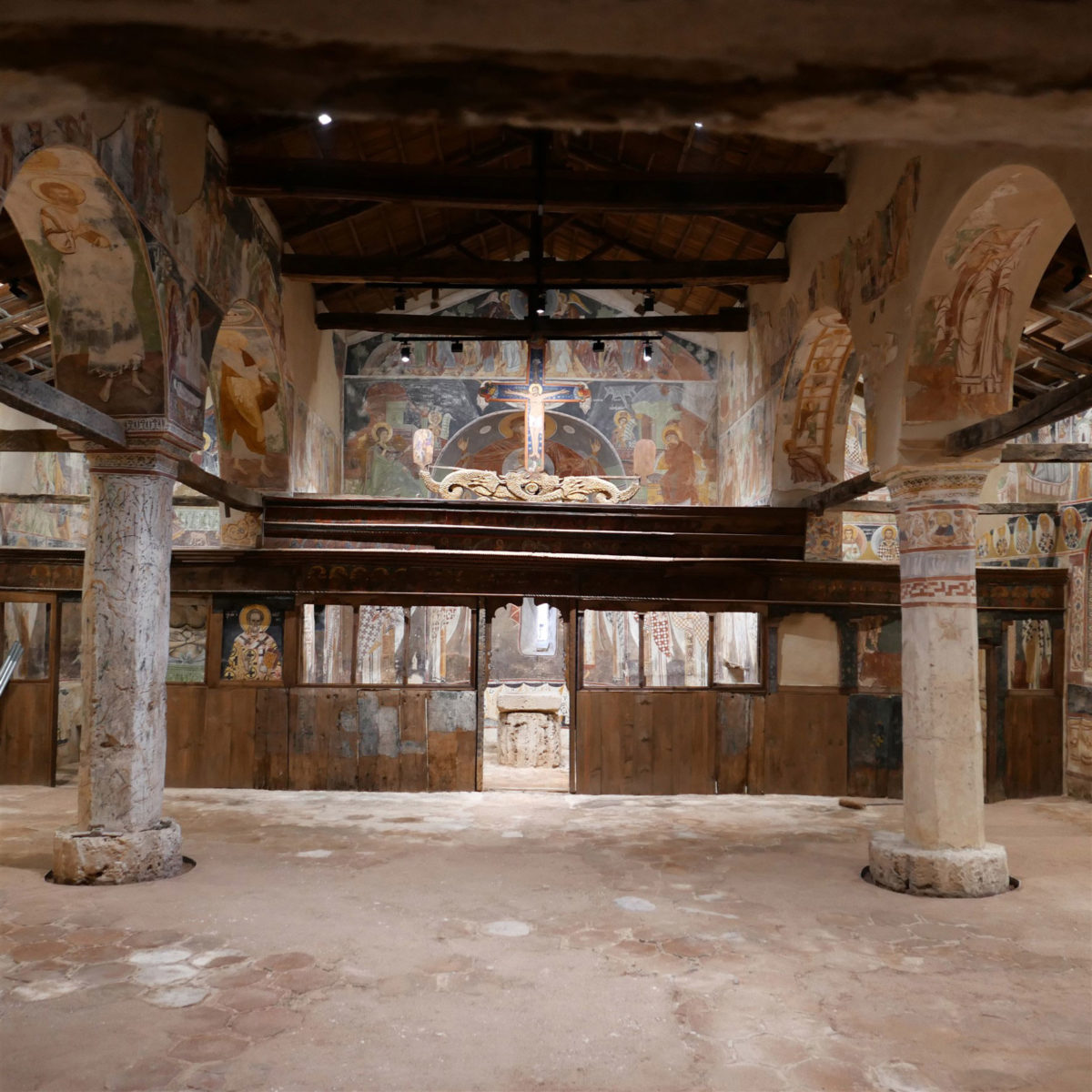 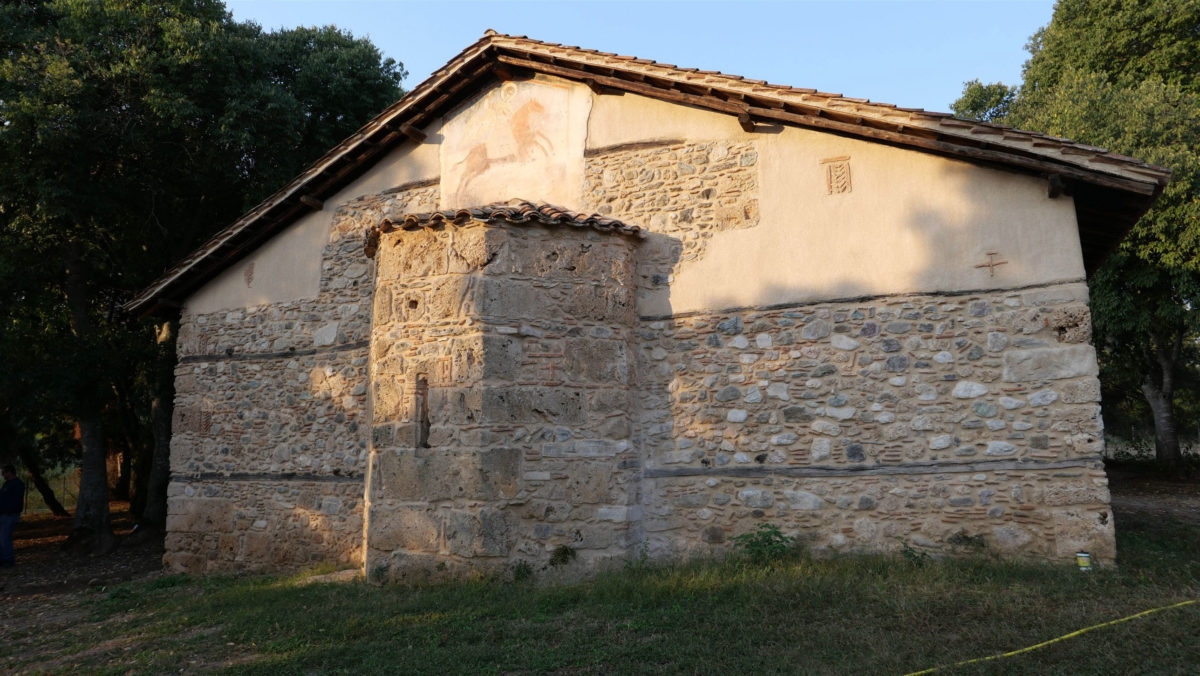 On Saturday November 2, 2019, the church of Agios Dimitrios Palatitsion, officiated by his Eminence the Metropolitan of Veroia, Naousa and Campania Mr Panteleimon, opened again.

Built in the 16th century, on the site of a Byzantine cemetery at the easternmost point of the necropolis of Aigai, with architectural members coming from the Palace of Philip II, Agios Dimitrios Palatitsion / Aigai is a magnificent three aisled basilica with an extremely deep narthex. Two rows of columns divide both the main church and the narthex into three aisles; this unusual scale of grandeur along with the church’s very careful construction and rich wall paintings covering every surface, speak of economic prosperity and a flourishing of the arts in the region at the time of the Ottoman Empire.

Agios Dimitris Palatitsion, an UNESCO monument and integral part of the archaeological site of Aigai covering so many periods of time, remained closed and in bad condition over many decades. However, after studies on it were undertaken and approved, it was included in the Imathia Ephorate of Antiquities’ plan of action. From 2017 until 2019 with funding from the Regional Directorate of Primary and Secondary Education of the Ministry of Culture, the church was stabilized, conserved and completely restored, the foundations examined and exact copies made of the palace’s column drums incorporated in the rows of columns, that were used for the monument’s restoration. The church’s amazing wall paintings were done by two artists: In 1570, in the main church, Nikolaos Zographos from Linokopi depicted the lives of Christ and Agios Dimitrios, those of the saints, prophets and martyrs,the Dormition of the Virgin and the “Platytera ton Ouranon” (the Virgin who is more spacious than the heavens). The second painter’s palette gave us the incredible Last Judgement in the narthex, where Alexander appears as a Byzantine emperor among the kings of the Apocalypse! The letters of the inscription next to his head leave no doubt as to his identity. Alexander the Great, as he was seen by the Persians, Arabs and Byzantines, victorious and honoured, in his maturity and hero of the most famous saga, returns at last to the place from where as a young man he had set out on his journey, in the first month of Spring, two thousand and fifty three years ago…

The opening of Agios Dimitrios to the public was followed by a memorial service for the late Manolis Andronikos, the eminent archaeologist, teacher and intellectual, the 100th anniversary of whose birth is currently being celebrated. A guided tour of the monument followed, conducted by head of the Imathia Ephorate of Antiquities Angeliki Kottaridi.