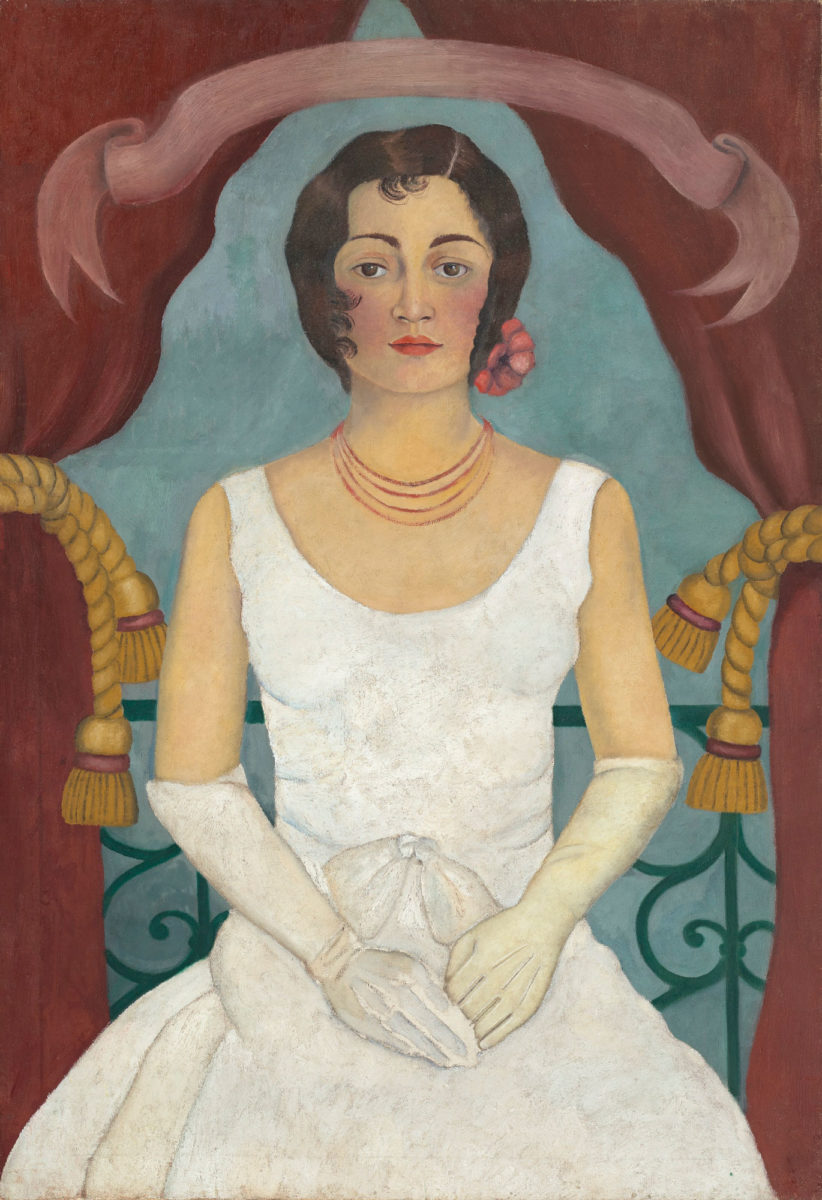 “Portrait of a Lady in White”

A Frida Kahlo painting exceeded the estimated price of its sale at a recent auction at Christie’s House in New York. The 1929 “Portrait of a Lady in White” fetched over 5.8 million dollars, the second highest price fetched by a work by Kahlo at auction. The highest price was over 8 million dollars for the work “Dos Desnudos en el Bosque (La Tierra Misma)” in a 2016 auction again at Christie’s. “Portrait of a Lady in White” had been estimated to fetch between 3 and 5 million dollars.

It is thought that Kahlo painted the work one year after her marriage to Diego Rivera and it is a rare oil painting by her on canvas from that period. Some specialists argue that she painted it in Mexico but it is possible that she did it in San Francisco where she and Rivera lived in 1930.

There are different guesses as to who is depicted in the portrait. Virgilio Garza, head of the Christie’s department of Latin American art said to “Forbes” magazine that he believes it is a portrait of Elena Boder, a class mate of Kahlo’s in high school.

In the 90 years of its existence, the work changed hands a few times. To begin with, Kahlo gave it as a gift to Lola Alvares Bravo, the first woman photographer in Mexico. Recently it was at Stanford University, on loan from the collection of Dr Helga Prignitz-Poda, an authority on Frida Kahlo and author of several books about the artist.