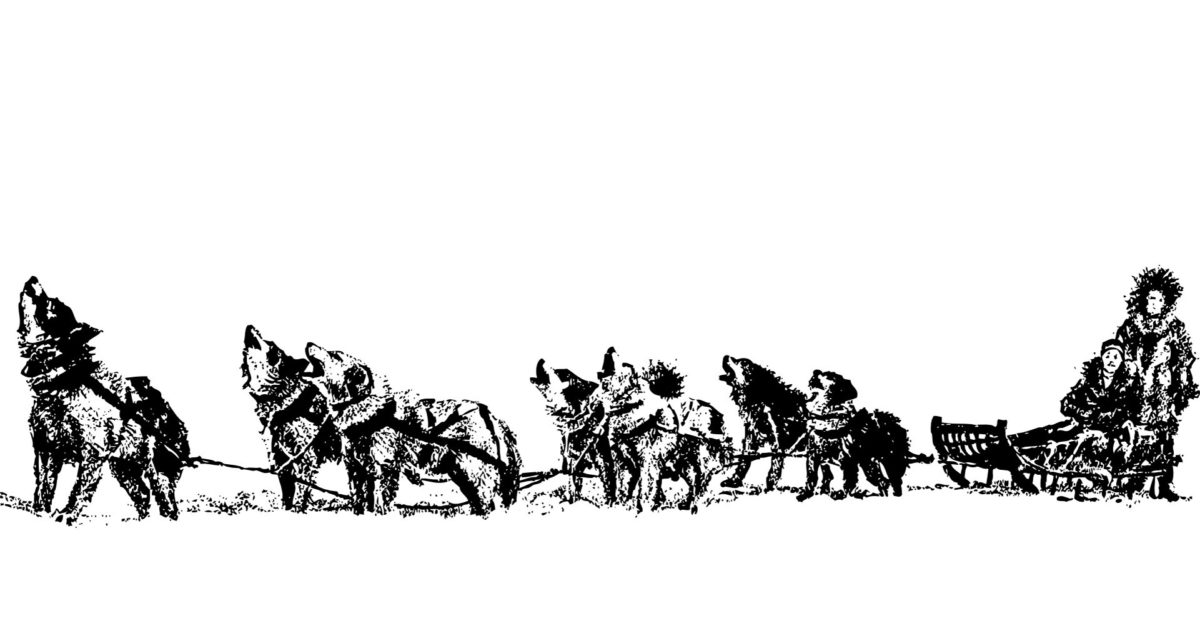 Researchers analysed the shape of elements from 391 dogs

A unique group of dogs helped the Inuit conquer the tough terrain of the North American Arctic, major new analysis of the remains of hundreds of animals shows.

The study shows that the Inuit brought specialised dogs with them when they migrated from Alaska and Siberia instead of adopting local dogs they would have come across during their migration. They instead maintained their own dogs, suggesting they were keen to enhance or keep the special features they had. By analysing the shape of elements from 391 dogs, the study shows that the Inuit had larger dogs with a proportionally narrower cranium to these earlier dogs. The Inuit dogs are the direct ancestors of modern Arctic sledge dogs, although their appearance has continued to change over time.

Experts had thought the Inuit used dogs to pull sledges, and this is the first study which shows they introduced a new dog population to the region to do this. These dogs then spread across the North American Arctic alongside Inuit migrants.

Dr Carly Ameen, an archaeologist from the University of Exeter who led the study, said: “Dogs have lived in North America for as long as humans, but we show here that the Inuit brought new dogs to the region which were genetically distinct and physically different from earlier dogs.

“Thousands of years ago there was not the huge number of dog breeds as we know them today. Through analysing the DNA and morphology of the remains of hundreds of dogs we’ve found that the dogs used by the Inuit had distinctive skull and teeth shapes, and would have likely looked different in life to dogs already in the Arctic.”

Experts also examined the DNA from 921 dogs and wolves who lived during the last 4,500 years. This analysis of the DNA, and the locations and time periods in which they were found, shows dogs from Inuit sites occupied from around 2,000 years ago were genetically different from the dogs already in the region.

Study co-lead author Tatiana Feuerborn, from the Globe Institute in Denmark and the Centre for Palaeogenetics in Sweden, said: “Archaeological evidence has shown us that before the Inuit arrived in North America dog sledging was a rarity. Our analysis of the DNA suggests dogs brought by the Inuit were distinct from the earlier dogs of the North American Arctic to fill specialist role in helping communities thrive in this hostile environment by aiding with transportation and hunting. The genetic legacy of these Inuit dogs can still be seen today in Arctic sledge dogs.”

The Inuit were specialised sea mammal hunters, and were more mobile than other groups living in the Arctic, migrating huge distances across the region over 1,000 years ago, with the help of dog sledges and water craft. Today, sledge dogs whose origins can be traced back to the Inuit period continue to be an important part of Arctic communities.