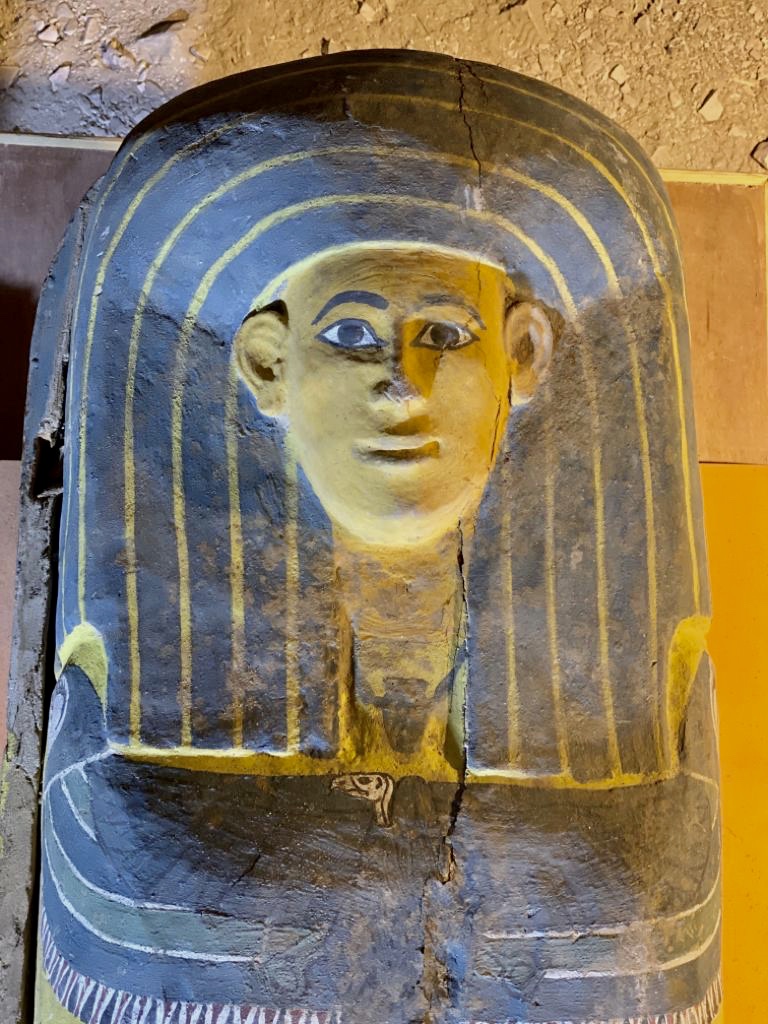 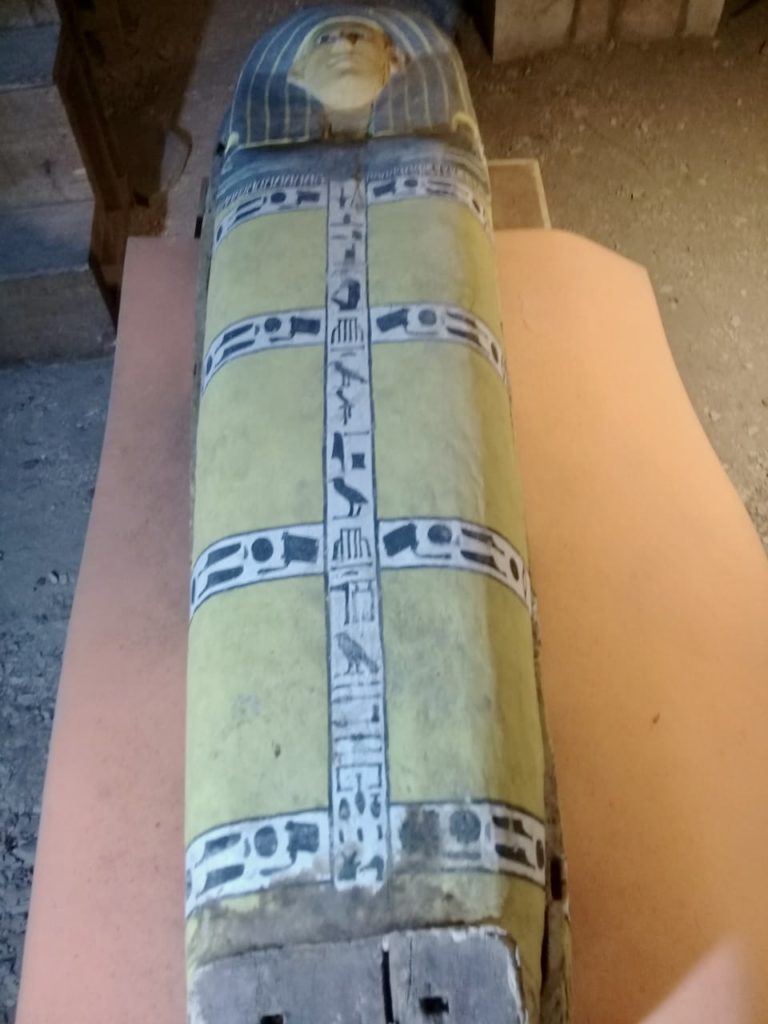 According to Dr. Mustafa Waziri, Secretary General of the Supreme Council of Antiquities, the three wooden sarcophagoi were located by a joined archaeological mission of the University of Strasbourg and IFAO, headed by Dr. Frédéric Colin. The French archaeologists worked in the designated archaeological area of Assassif, in the courtyard of tomb TT 33.

According to Fathi Yassin, Director General of Antiquities of Luxor’s West Bank Antiquities, the first sarcophagus belongs to a woman named Tabu; it measures 195 cm and bears colorful decorations and hieroglyphic inscriptions.

The second sarcophagus is about 190 cm long, is painted yellow, with columns of hieroglyphic inscriptions on a white background and it is ascribed to a woman called Rao. The third sarcophagus measures 180 cm, has a plaster layer, bears white coloring and brown columns, but it is devoid of any inscriptions.

It is worth mentioning that this was the second season of the the French archaeological mission in the area. During its first season, the team had unveiled a sandstone painting engraved with three offering texts showing the names of two senior statesmen, Titi Ankh and Anini (owner of the tomb TT 81), and a wooden coffin for a person called Pwya, dating back to the 18th Dynasty.