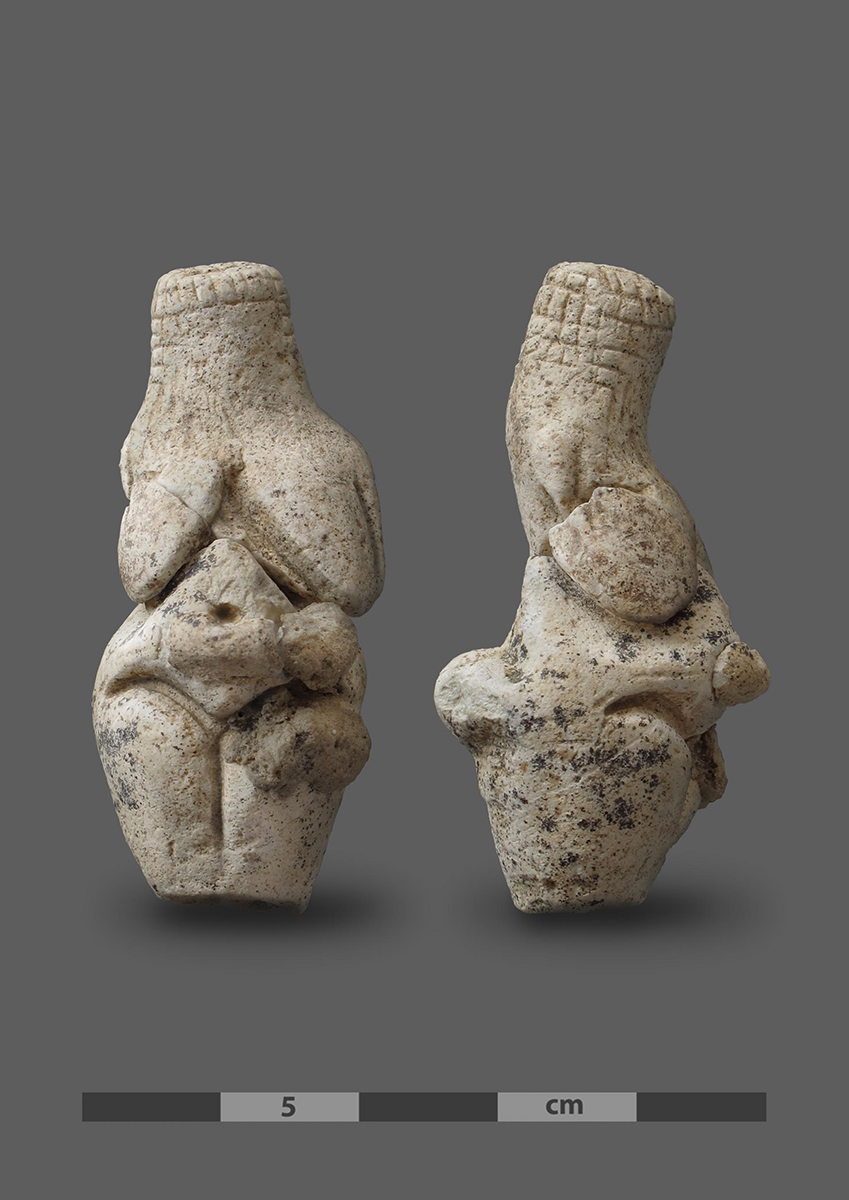 A unique “Venus” figurine has been discovered by archaeologists excavating at the prehistoric site of Renancourt in Amiens, northern France. The find is dated back to the Early Upper Palaeolithic.

The Gravettian figurine was found in a layer with organic remains. Radiocarbon dating determined the age of the artifact to be 23,000 years. The Gravettian culture was present in Europe between 28,000 and 22,000 years ago. The site of Amiens-Renancourt is today one of the rare sites that provides evidence for the presence of Modern Humans (Homo Sapiens) in northern France at the beginning of the Upper Palaeolithic.

Similar Venuses have been found from the Pyrenees to Siberia. About 15 of them have been found in France, mostly in southwest, the most recent of them in 1959 in Dordogne.

The exceptional Gravettian “Venus” is sculpted in chalk ans is 4 centimeters tall. This “Venus” is steatopygic: the volume of the rear, thighs and breasts is hypertrophied. The arms are barely present, and the face is represented without lines.

The sculpture can easily be attributed to the aesthetic canon of the Gravettian stylistic tradition, which includes the Venuses of Lespugue (Haute-Garonne) and Willendorf (Austria), as well the bas-relief Venus of Laussel (Dordogne).

What’s also astonishing about this “Venus” is the “hairdo” represented by a grid pattern of thin incisions similar to those of the Venus of Willendorf and, especially, of the Venus of Brassempouy (Landes), also known as the “Lady with a Hood.”

Archaeologists have found another 15 of the fertility deities in a mere five years of excavations at Renancourt. This proliferation of figurines is accompanied by thousands of fragments of chalk that could be waste chips. Archaeologists think the site may have been used by the Gravettians as a figurine manufacturing workshop.