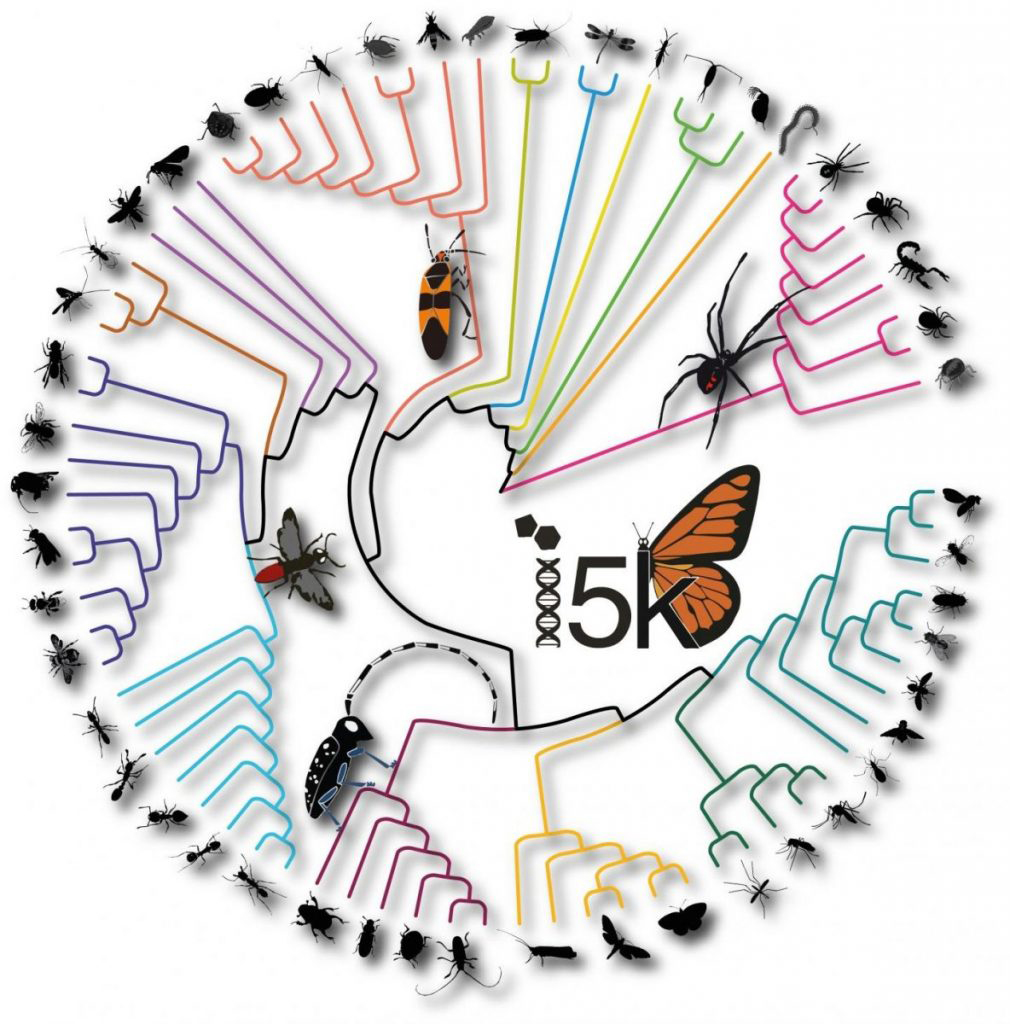 An international team of scientists report in the journal Genome Biology results from a pilot project, co-led by Robert Waterhouse, Group Leader at the SIB Swiss Institute of Bioinformatics and University of Lausanne, to kick-start the global sequencing initiative of thousands of arthropods.

Comparative analyses across 76 species spanning 500 million years of evolution reveal dynamic genomic changes that point to key factors behind their success and open up many new areas of research.

Arthropods make up the most species-rich and diverse group of animals on Earth, with numerous adaptations over 500 million years of evolution that have allowed them to exploit all major ecosystems. They play vital roles in the healthy ecology of our planet as well as being both beneficial and detrimental to the success of humankind through pollination and biowaste recycling, or destroying crops and spreading disease. “By sequencing and comparing their genomes we can begin to identify some of the key genetic factors behind their evolutionary success,” explains Waterhouse, “but will the impact of human activities in modern times bring an end to their rule, or will their ability to adapt and innovate ensure their survival?”

The i5k initiative to sequence and annotate the genomes of 5000 species of insects and other arthropods, was launched in a letter to Science in 2011. From the outset, the initiative aimed to support the development of new genomic resources for understanding the molecular biology and evolution of arthropods. Since then, the i5k has grown into a broad community of scientists using genomics to study insects and other arthropods in many different contexts from fundamental animal biology, to effects on ecology and the environment, and impacts on human health and agriculture2. To kick-start the i5k, a pilot project was launched at the Baylor College of Medicine led by Stephen Richards to sequence, assemble, and annotate the genomes of 28 diverse arthropod species carefully selected from 787 community nominations.

The team’s analyses focused on tracing gene evolutionary histories to estimate changes in gene content and gene structure over 500 million years. This enabled identification of families of genes that have substantially increased or decreased in size, or newly emerged or disappeared, or rearranged their protein domains, between and within each of the major arthropod subgroups. The gene families found to be most dynamically changing encode proteins involved in functions linked to digestion, chemical defence, and the building and remodelling of chitin – a major part of arthropod exoskeletons. Adaptability of digestive processes and mechanisms to neutralise harmful chemicals undoubtedly served arthropods well as they conquered a wide variety of ecological niches. Perhaps even more importantly, the flexibility that comes with a segmented body plan and a dynamically remodellable exoskeleton allowed them to thrive by physically adapting to new ecosystems.

Innovation through invention and repurposing

Newly evolved gene families also reflect functions known to be important in different arthropod groups, such as visual learning and behaviour, pheromone and odorant detection, neuronal activity, and wing development. These may enhance food location abilities or fine-tune species self-recognition and communication. In contrast, few changes were identified in the ancestor of insects that undergo complete metamorphosis: the dramatic change from the juvenile form to the fully developed adult (like a caterpillar transforming into a butterfly). This has traditionally been thought of as a major step in the evolution of insects from the original state of developing through gradual nymph stages until finally reaching the adult stage. “These findings support the idea that this key transition is more likely to have occurred through the rewiring of existing gene networks or building new networks using existing genes, a scenario of new-tricks-for-old-genes” explains Waterhouse.

Several detailed genomic studies of individual i5k species have focused on their fascinating biological traits such as the feeding ecology and developmental biology of the milkweed bug, insecticide resistance, blood feeding, and traumatic sex of the bed bug, horizontal gene transfer from bacteria and fungi and digestion of plant materials by the Asian long-horned beetle, and parasite-host interactions and potential vaccines for the sheep blowfly. The combined analyses reveal dynamically changing and newly emerged gene families that will stimulate new areas of research. “We can take these hypotheses into the lab and use them to directly study how the genome is translated into visible morphology at a resolution that cannot be achieved with any other animal group,” says co-lead author, Ariel Chipman, from the Hebrew University of Jerusalem, Israel. The new resources substantially advance progress towards building a comprehensive genomic catalogue of life on our planet, and with more than a million described arthropod species and estimates of seven times as many, there clearly remains a great deal to discover!

Next steps in arthropod genomics and beyond

More effective and cost-efficient DNA sequencing technologies mean that new ambitious initiatives are already underway to sequence the genomes of additional arthropods. These include the Global Ant Genome Alliance and the Global Invertebrate Genomics Alliance, as well as the Darwin Tree of Life Project that is targeting all known species of animals in the British Isles, and the global network of communities coordinated by the Earth BioGenome Project (EBP) that aims to sequence all of Earth’s eukaryotic biodiversity7. The EBP’s goals also include benefitting human welfare, where the roles of arthropods are clear and the hidden benefits are likely to be substantial, as well as protecting biodiversity and understanding ecosystems, where alarming reports of declining numbers make arthropods a priority. “The completion of the i5k pilot project therefore represents an important milestone in the progress towards intensifying efforts to develop a comprehensive genomic catalogue of life on our planet”, concludes Richards.