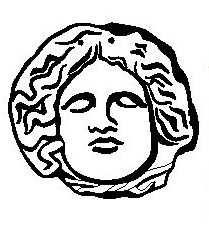 The International Conference “Apotropaia and Phylakteriα – Confronting Evil in Ancient Greece” will take place in Athens, on December 14-15 2020.

The belief in the existence of evil forces was part of ancient everyday life and a phenomenon deeply embedded in popular thought of the Greek world. Fear of such malevolent powers generated the need for protection and we find clear traces of these concerns in both textual and archaeological sources.

From the beginnings of literature, there is mention of ghosts and other daemonic beings that needed appeasement, and of ways of repulsing evil, such as the use of baskania and antibaskania (apotropaia). Repeatedly, we meet rituals of an apotropaic or prophylactic character conducted as part of everyday and family life,­­ as for example on the occasion of a birth, marriage or death in the oikos (the cleansing of the house and household, libations and sacrifices in honour of oikos ancestors), and other practices that focused on the protection of the community as a whole, i.e. the Pharmakos ritual.

Archaeology reveals an abundance of material objects thought to have the power to attract benevolent, and avert evil, forces. Traces of ritual practices necessary to ensure prosperity and avert personal disaster are manifest today in the form of amulets, certain semi-precious stones believed to protect women and children, eye-beads found in large numbers in many archaeological assemblages, possibly various types of terracotta figurines, such as nude female grotesques and various ithyphallic characters, to name a few. In addition, symbols and certain iconographic motifs, such as the phallus, the open hand, the Gorgoneion, images of triple Hekate, and Hermes, have been subject to a number of differing interpretations relative to apotropaic power.

In order to further our knowledge on this topic, the goals of the conference are:

a. To explore the role(s) apotropaic, and prophylactic material and relevant rituals could have played in everyday Greek life, as supported by archaeological, iconographic, epigraphic, and literary sources.

b. To explore the various interpretations of archaeological finds of an apotropaic and/or prophylactic character, with information gained by recent studies.

This conference will be divided into the following topics or thematic units:

-Representations of daemonic beings in art.

-Archaeological finds or iconographic documentation that illustrate ancient ritual practices of an apotropaic or prophylactic character.

The proposed conference papers may address relevant topics that range from the late 8th cent. BCE to the 6th cent. CE. The contributions should not exceed 20 minutes and they should be in Greek or English. Preliminary reports on archaeological material will not be accepted. The conference is scheduled to take place in Athens, 14-15 December 2020.

You are invited to submit a title and an abstract (up to 300 words) in Greek or English, at the following e-mail: [email protected] no later than March 31 2020.

The proceedings of the conference will be published and will include only peer-reviewed papers in English.