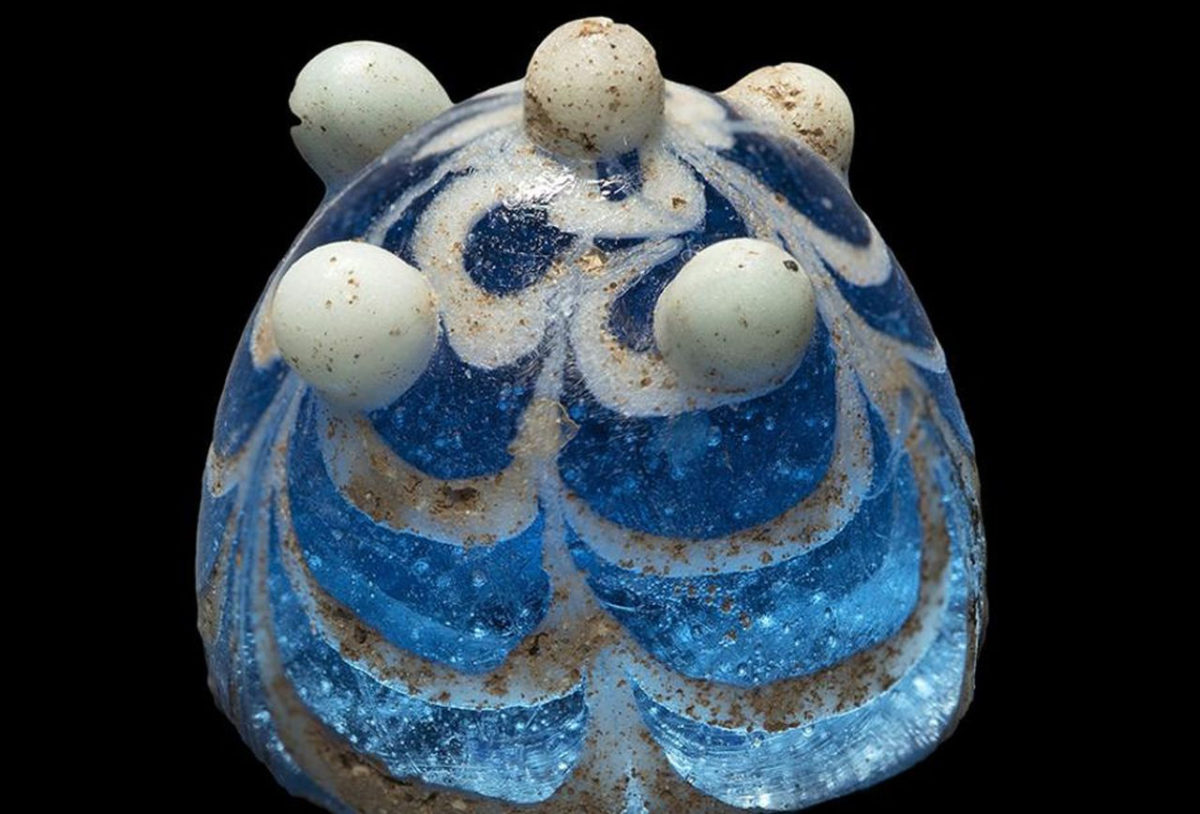 Durham Universityn archaeologists have helped unearth a 1,200 year old board game piece on a small island off the coast of north east England.

The tiny piece of swirling blue and white glass – no bigger than a small sweet – is thought to be from the Viking-age board game hnefatafl (‘king’s table’), which is similar to chess.

The treasure was found on Lindisfarne and is only the second of its kind to be discovered in the British Isles.

According to experts, the piece offers a rare, tangible link between the island’s Anglo-Saxon monastery and the Viking culture that eventually overwhelmed it, and helps show how Lindisfarne was a busy, vibrant place at that time.

Early medieval Christianity, especially on islands, is often thought of as a brutal, hard life. In fact Lindisfarne at the time would have been a bustling place with monks, pilgrims, tradespeople, and even visiting kings.

Our researchers say that even if the board game was being played by wealthy monks or pilgrims before the Vikings attacked Lindisfarne, it shows the influence that Norse culture already had across the north Atlantic.