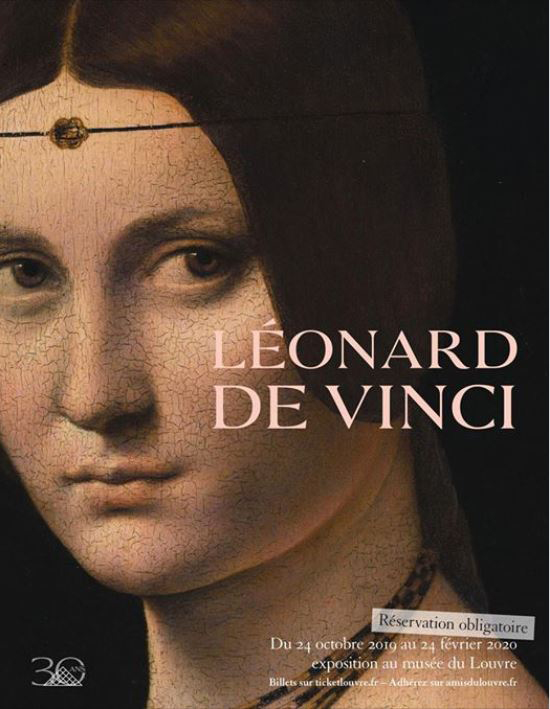 A new record for an exhibition at the Louvre

At its closing the evening of Monday, February 24, 2020, the exhibition “Leonardo da Vinci” had welcomed some 1,071,840 visitors. This broke a record for the Louvre, previously set by the retrospective dedicated to Delacroix in 2018, which attracted 540,000 visitors. The number of visitors to the Leonardo show averaged 9,783 per day over the 104 days of the exhibition.

These staggering figures, for an exhibition that lasted four months, may be explained by the addition of 46 extra evening openings (i.e. 175,000 visitors) and three last-minute all-night openings—a first in the history of the museum—in order to reach the largest possible audience. Among these visitors, 386,000 (36% overall), benefited from free entry.
In an extension of this landmark event, the Musée du Louvre and Pathé Live have announced the exclusive worldwide release of a filmed private visit of the exhibition: “A Night at the Louvre: Leonardo da Vinci” (September 2020).

Jean-Luc Martinez, President-Director of the Louvre proudly stated: “This immense success belongs first and foremost to the two curators of the exhibition, Louis Frank and Vincent Delieuvin, and goes to show just how much the Louvre means to people. It’s wonderful that 500 years after his death, an Italian Renaissance artist continues to fascinate the general public. Today, there are two things I’m proud of: managing to assemble the greatest number of Leonardo’s works ever, and welcoming such a large and diverse audience. The Louvre’s top-notch expertise and quality of its service deserve the acclaim it has received”.

Due to the exceptional enthusiasm Leonardo da Vinci generates among the public, entry to the exhibition was by timed reservation only. Tickets went on sale June 18, 2019. By managing the flow of visitors, this system allowed for easier access without long lines. The exhibition also offered new features, such as a free visitor’s booklet in French and English, which explained each work and kept traffic flowing smoothly throughout the exhibition space. Another booklet for families was also offered free of charge.

The Louvre opted to dedicate time slots to school groups, the disabled and the underprivileged on Tuesdays, the one day a week the museum is closed, to offer these populations special access to the works. Some 85 groups benefited from this.

Friends of the Louvre reported a 10.7% increase in subscriptions. Several evenings were reserved for them and a special reservation system was set up accordingly. Some 50,000 members visited the show.

Book sales also reported record-breaking numbers, with close to 50,000 copies of the catalogue already sold (when it was released, it was number 1 among art books and number 3 overall on Amazon). Lastly, more than 10,000 copies of the Léonard2Vinci comic strip by Stéphane Levallois (joint publication Musée du Louvre éditions / Futuropolis) were sold.