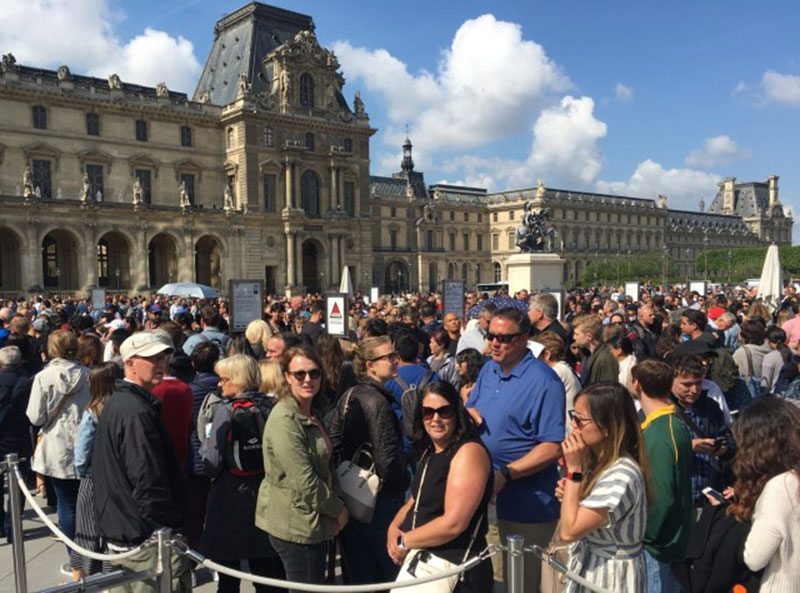 Louvre reopens after workers’ strike against large numbers of visitors

Conditions at the museum were suffocating

The Louvre workers have return to their posts after a strike against the high volume of visitors which suffocated the museum. Now, they say, only visitors with pre-paid tickets will be accepted.

Security and reception personnel of the museum decided to go on strike on Monday 27 May, due to overcrowding. The museum closed its doors and only people with pre-booked time-slot tickets were to be admitted. A statement released by the Sud Culture Solidaires Union said that the numbers of visitors have been growing but the museum remains the same, which leads to suffocating circumstances inside and outside the institution.

The Union highlighted that not only visitors were dissatisfied with the conditions, but also emergency evacuation procedures were inadequate. They also said that the number of staff was not sufficient.

After a meeting with the museum management, the employees returned to their posts after a series of measures were proposed by the museum. The measures included the implementation of a mandatory reservations system and the hiring of 30 extra members of staff.

Many visitors complained as they were not informed on what was going on and were left to wait in line for over three hours. Others had bought two-day passes they couldn’t use.

The museum announced that visitors who had bought tickets for Monday will be refunded. Also, due to large numbers of visitors expected in the forthcoming days, they advise the public to reserve their tickets online, as only visitors with pre-paid tickets will be accepted for the time being.