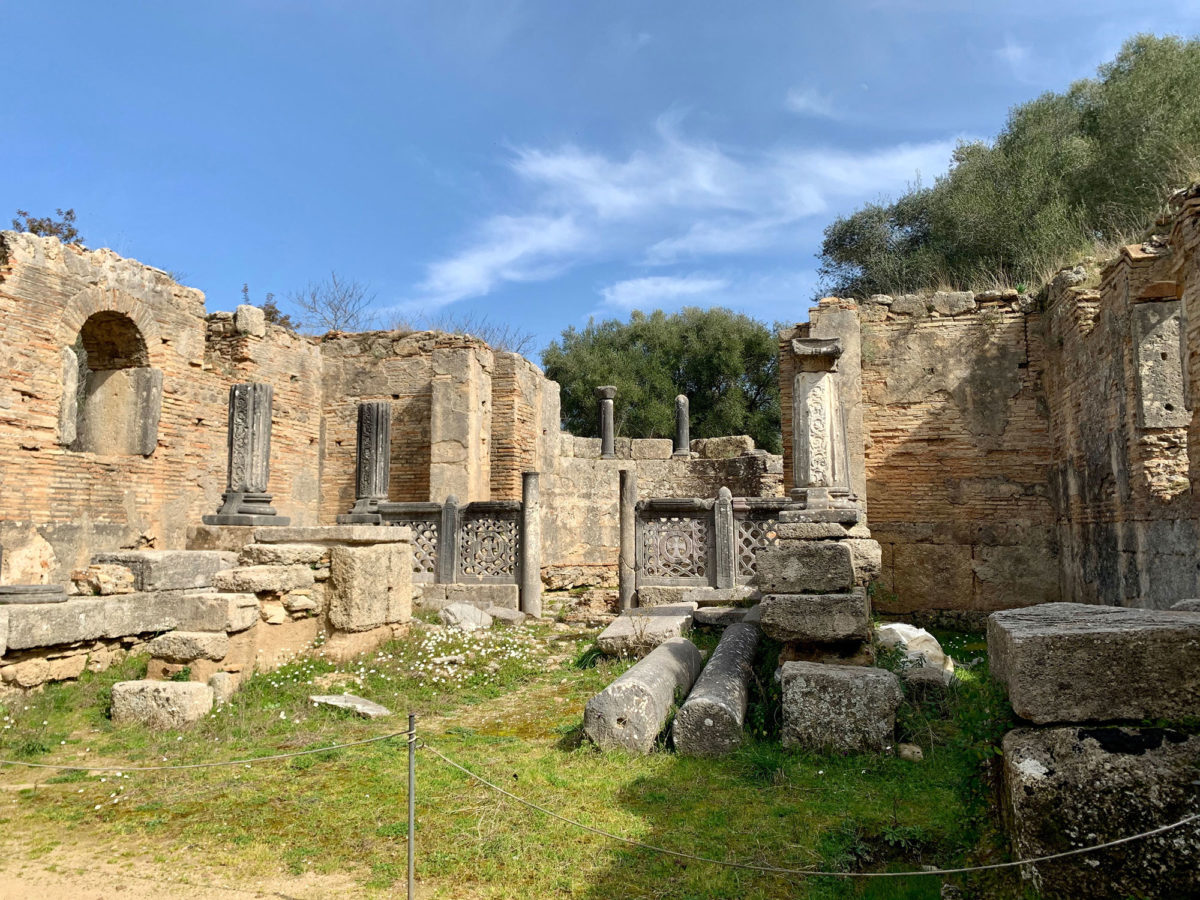 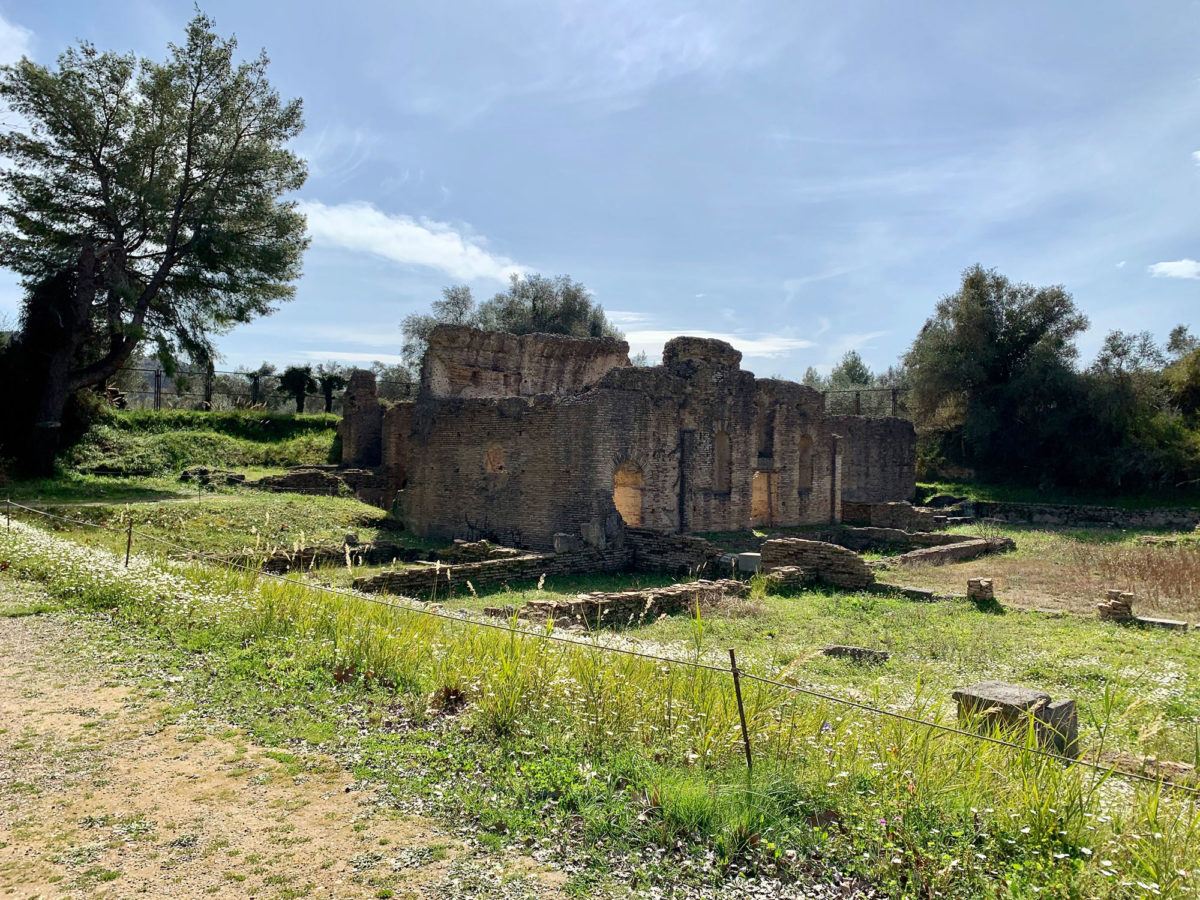 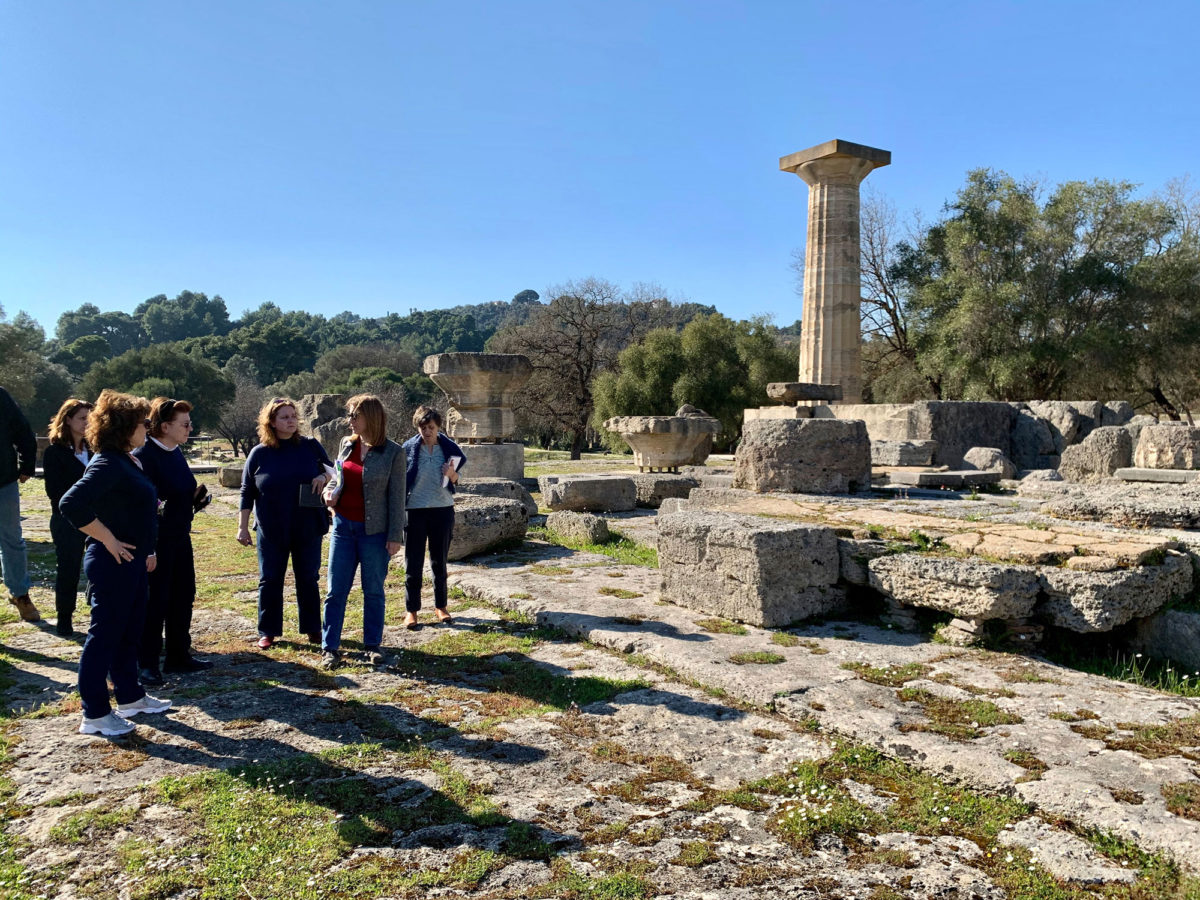 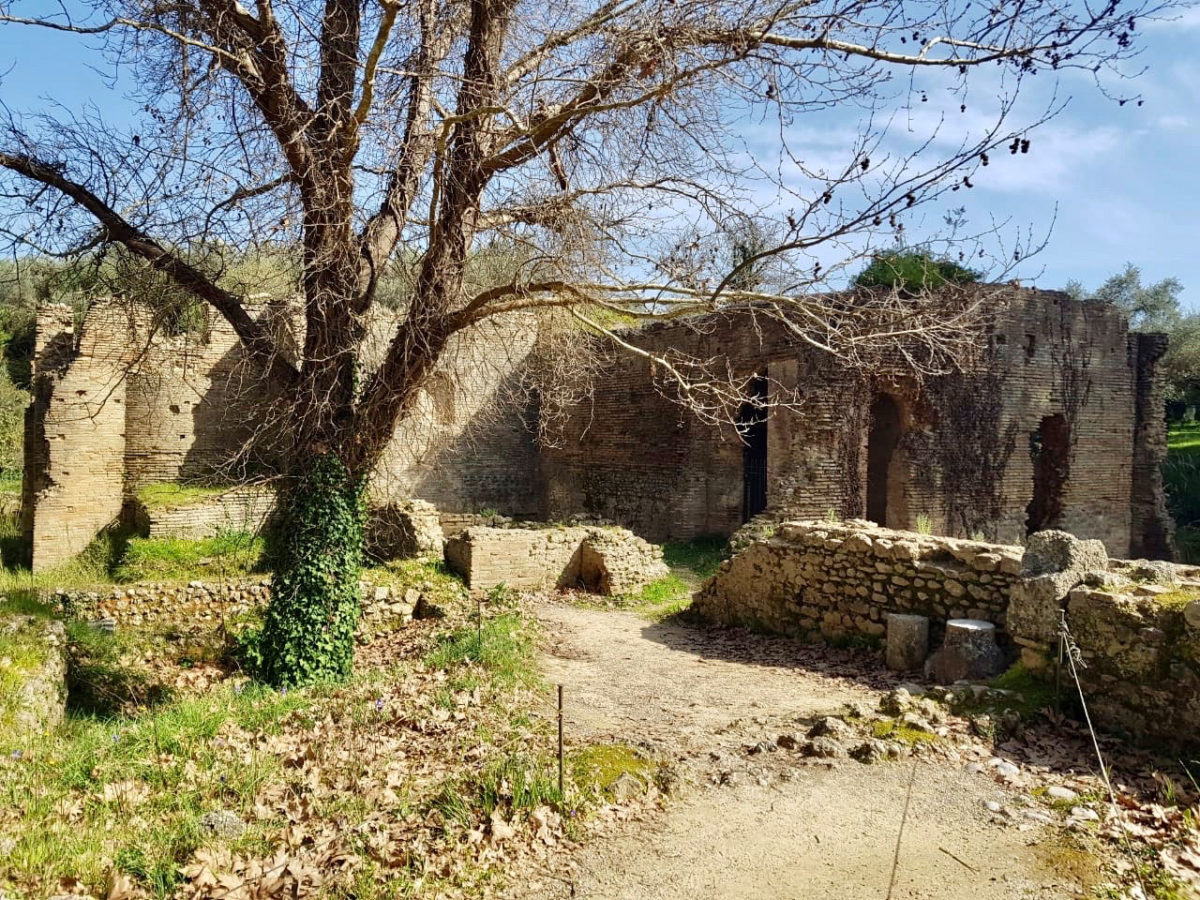 The archaeological site of Olympia was surveyed on Thursday, March 12, by Minister of Culture and Sports Lina Mendoni, accompanied by a team of administrative staff from the Ephorate of Antiquities of Ilia and the Central Service of the MOCAS.

The Minister requested that the Ministry’s services immediately prepare a specific programme for the conservation, restoration and enhancement of buildings from the Roman era. There are six buildings, of which the following four have almost entirely preserved their superstructure: the Octagon, known as the Baths of Nero, the Athletes’ Lesche (Clubhouse), the Leonidaion Baths, the Baths of Kladeos, the South Baths and the Early Christian Basilica.

In the immediate future, necessary rescue measures will be taken for all the buildings to avoid suffering further deterioration. The Minister of Culture and Sports scheduled a teleconference of the relevant authorities on Monday, March 23, to organize the planning for the conservation, restoration and enhancement of these particular buildings.

In addition to protecting the actual monuments, the enhancement of buildings of the Roman period will present the archaeological site of Olympia in an interesting new light, while significantly prolonging the visitors’ stay. Today, most visitors restrict their tour to the area containing the sanctuary of classical antiquity.

It should be reminded that with the project’s inclusion into the Regional Operational Programme for Western Greece in the NSRF 2014-2020, the second phase of uncovering the Stoa of the Olympic Games Gymnasium begins this year.

Once the programme of enhancing the Roman phase of the Ancient Olympia Sanctuary has been completed, the archaeological site’s appearance is expected to radically change, providing the visitor with a more complete experience of the site and its different periods, as these are recorded in the monuments.

The upgrading of services provided

In the following day’s inspection on Friday, March 13th, Secretary General of Culture George Didaskalou, President of the Archaeological Receipts and Expropriations Fund Panagiotis Dais, and executives of both bodies regulated issues related to the upgrading of services provided to visitors. These are the following: placing the new museum shop at the current entrance of the archaeological site, using the old refreshment area as an infirmary and hostel for volunteers with the Red Cross – with which the Ministry of Culture has signed an agreement for it to cover the ten most frequented archaeological sites – and the opening of a new refreshment area in the former Hellenic Culture Promotion Agency (ΟΠΕΠ) building. The Archaeological Receipts and Expropriations Fund is in the process of selecting a contractor for the lease of the refreshment area; a two-digit number of bids has already been submitted.