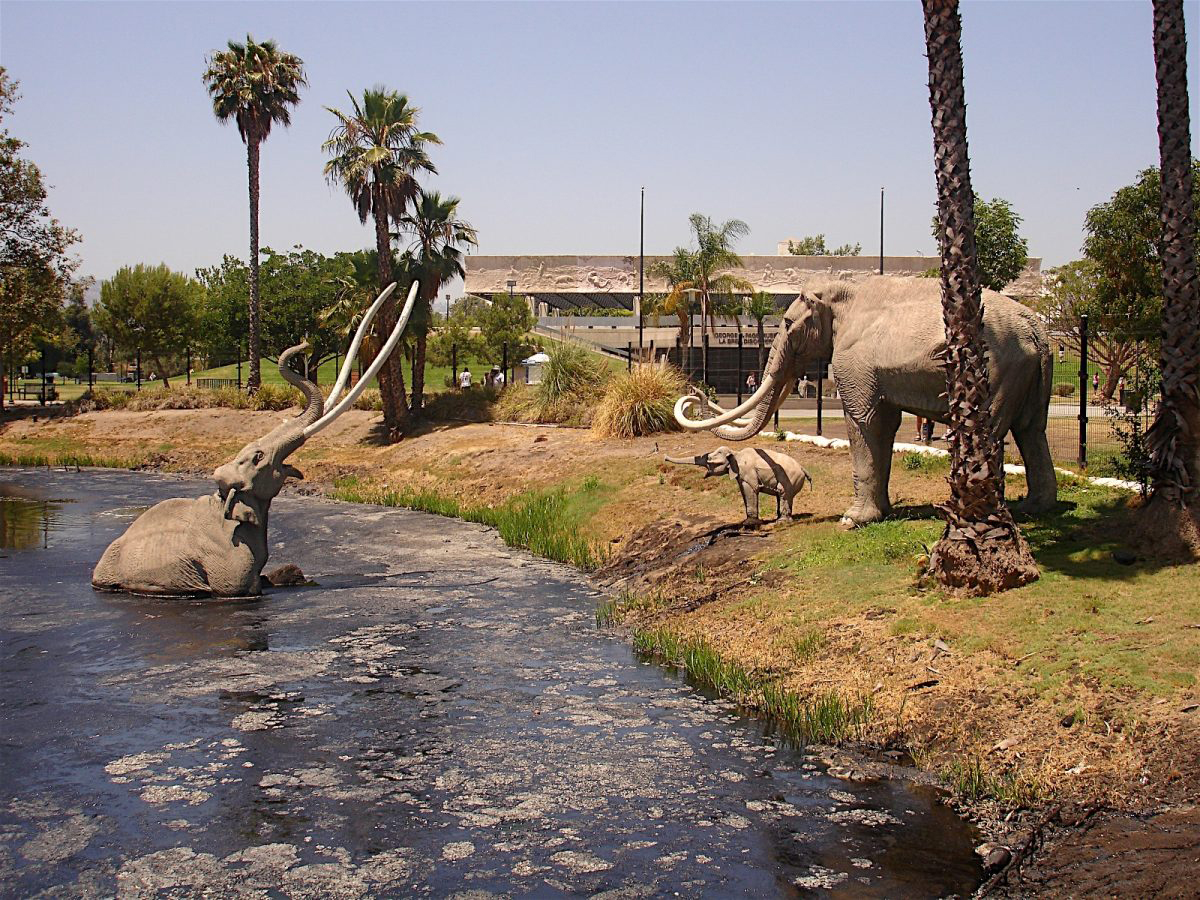 While Rancho La Brea, commonly known as the La Brea Tar Pits, is famous for its thousands of bones of large extinct mammals, big insights are coming from small fossils, thanks to new excavation and chemical techniques.

A team of researchers from La Brea Tar Pits, the University of Oklahoma and the University of California Irvine report the first coprolites – or fossil feces – ever discovered in an asphaltic – or tar pit – context. These hundreds of fossilized rodent pellets were found during the excavation of a parking garage for the Los Angeles County Museum of Art in Hancock Park in 2016, which had also yielded the more traditional La Brea fossils, such as extinct mammoths, dire wolves and saber-toothed cats.

Alexis Mychajliw, a postdoctoral research associate at OU, is the lead author of the study. The details of the research team’s findings were published in Scientific Reports.

“It’s incredible that after more than a century of excavation and study, we are still unearthing new types of fossils from La Brea’s treasure trove of deposits,” said Emily Lindsey, assistant curator at La Brea Tar Pits. “These tiny finds may lead to big discoveries about the climate and ecosystems of Ice Age Los Angeles.”

Researchers were skeptical at first, given the abundance of urban rats in the area.

“We noted the occasional rodent fecal pellet in the processed matrix before, but it was easy to explain it away as modern contamination,” said Laura Tewksbury, senior preparator at La Brea Tar Pits.

But, with more and more pellets appearing encased in asphalt, Tewksbury recalled, “We stared at the sheer number of pellets in silence for a minute, before looking at each other and stating, ‘There’s just no way that much is contamination.’”

Rancho La Brea has been associated with the image of big animals getting stuck in “tar pits,” or shallow, sticky asphalt pools, with carnivores attracted en masse by struggling herbivore prey. But these coprolites tell a new story of how fossils can be preserved at Rancho La Brea.

“The intact nature and density of the fossils require a taphonomic explanation other than entrapment. The preservation is more likely the result of an asphalt seep overtaking an existing rodent nest,” noted Karin Rice, preparator at La Brea Tar Pits.

Using a suite of cutting-edge tools, including stable isotope analysis and scanning electron microscopy, the researchers demonstrated that the fecal pellets were associated with beautifully preserved twigs, leaves, and seeds, apparently as part of an intact nest made by a woodrat. Woodrats – also known as packrats – are well-known in the paleontological community for their hoarding behavior that produces massive nests that can be preserved for thousands of years. Slices of plant material from these nests, in turn, represent snapshots of vegetation and climate conditions of the past.

“This nest provides an unparalleled view of what was beneath the feet of Rancho La Brea’s famous megafauna,” Mychajliw said. “And to me, it emphasizes the importance of studying small mammals, too. Woodrats survived the Ice Age and still build nests in local urban green spaces like Griffith Park! By studying these nests, we have a direct line from the past to the present through which to trace human impacts on Los Angeles’ nature over time.”