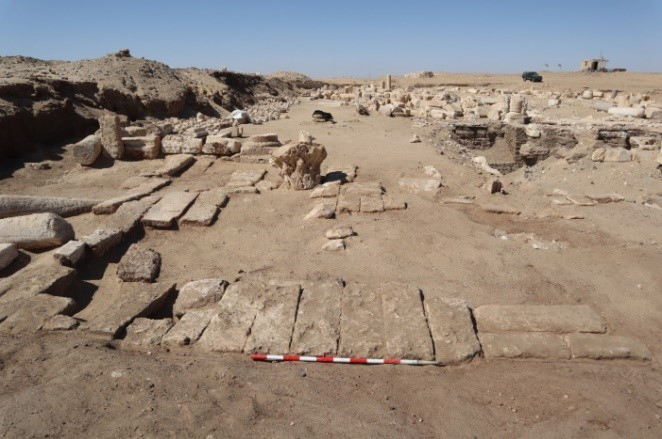 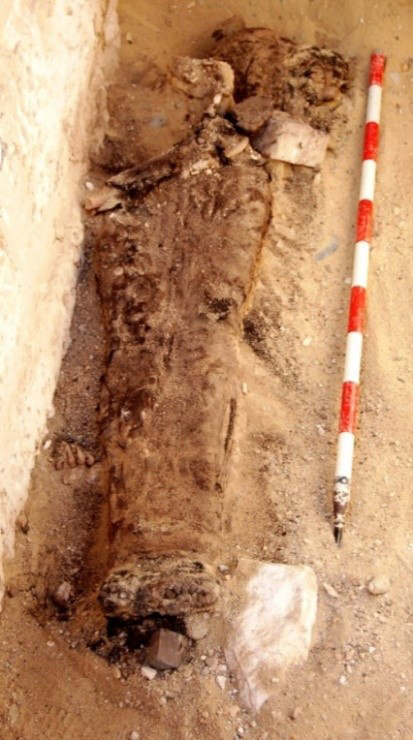 Mission returned this March to the site

The archaeological mission returned this March to the ancient city of Oxyrhynchus in Egypt. The work had to finish early due to the COVID-19 epidemics, although the campaign could focus on the study of architectonic structures and funerary rituals from the Saite Period (corresponding to the Late Period of Egypt, which started in the 7th century BC) until the Christian-Byzantine period.

The work was focused on the site of the High Necropolis. Researchers conducted anthropological studies of the buried deceased and consolidation and restoration tasks on wall paintings and different objects that were recovered during the excavation. They also worked on remains from the great religious building from the Christian-Byzantine period found in the site. They recovered many elements such as lesenes, cornices, and fragments from archs that were decorated with plant and floral, geometrical and zoomorphic themes. They highlighted the remains of a papyrus with a Greek carved text, which is under study, and a gravestone with an engraved text in Coptic.

During the campaign, the researchers found a total of six individual gravestones from the Saite Period and two from the Roman Period. This is the first time to find Saite-Persian gravestones under the bases of the gravestones from a Roman Period. Some of the findings were related to the deceased people from the Byzantine Period, such as inkpots and bronze earrings, ostracons (pieces of pottery to write on) and a funerary gravestone from a freedman (libertus), a released slave who could prosper and had been asked to work on a stele.

Last, during this mission, researchers worked on topographical works, as well as 3D photogrammetry and aerial imaging.

The excavation in the Oxyrhynchus site is a promoted project by the Institute of Ancient Near East Studies (IPOA) of the UB, the Spanish Ministry for Culture and Sports, the University Paul Valéry – Montpelier 3, the Palarq Foundation and the Catalan Society of Egyptology.