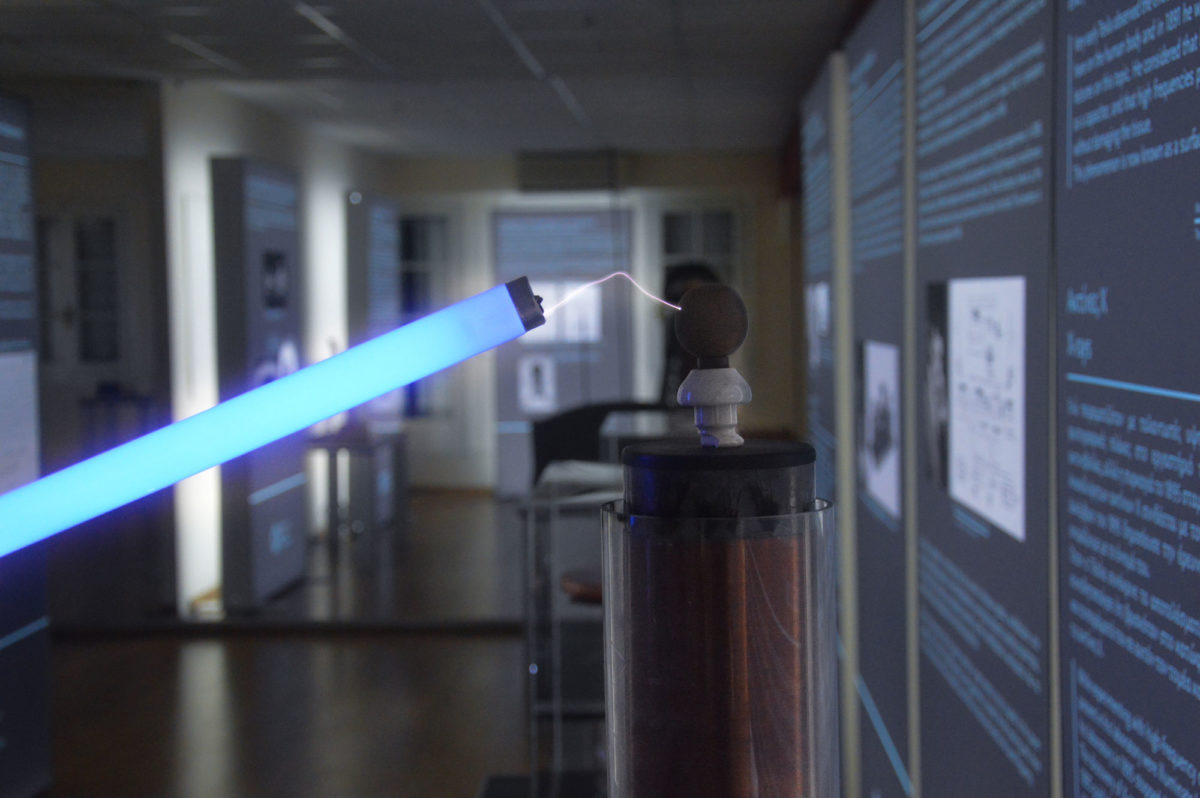 Online guided tour of the exhibition on Nikola Tesla

At a time we are all asked to show individual and social responsibility by staying at home, the museum is asking us to make use of our free time creatively and invites us on an online voyage of education and entertainment via the digital visit to the “Nikola Tesla: the man from the future” exhibition which has been seen by thousands of visitors, old and young, and travelled for the first time to Athens this year from the “Nikola Tesla” Museum in Belgrade.

We are taken on this experiential guided tour by Eva and Dimitris, two highly trained museum educators who are ready to escort us on an exciting route of Nikola Tesla’s important inventions, giving many more of us the opportunity of discovering them.

At the same time, an opportunity is given to students and teachers who had planned to visit the museum but were unable to do so because of present circumstances, to get acquainted with the eminent scientist through a digital educational tour.

The digital tour was carefully designed by the Museum’s  scientific personnel  specialists to offer the public an unusual interactive experience and highlight all the aspects of Nikola Tesla’s personality; an inventor “light years” ahead of his time.

A few words about the exhibition

Nikola Tesla’s name is synonymous with innovation. He was a complex personality, remarkable both for his scientific and technological work and for the humanitarian values he believed in. He invented the alternating current (AC) electric system and struggled for it to be widely established without aiming at any financial gain.

“The present is theirs. The future, for which I have really worked, is mine” he said characteristically. He was indifferent to praise and fame and died alone and poor leaving a legacy of technologies used more than ever today.

The exhibition includes a variety of exhibits: scaled models such as Nikola Tesla’s laboratory at Colorado Springs, the hydroelectric power plant at Niagara Falls, vertical takeoff aircraft, as well as operating models of his inventions; the induction motor, the Tesla coil and audio visual components on information processing panels and video rooms.

To “visit” the exhibition press here.