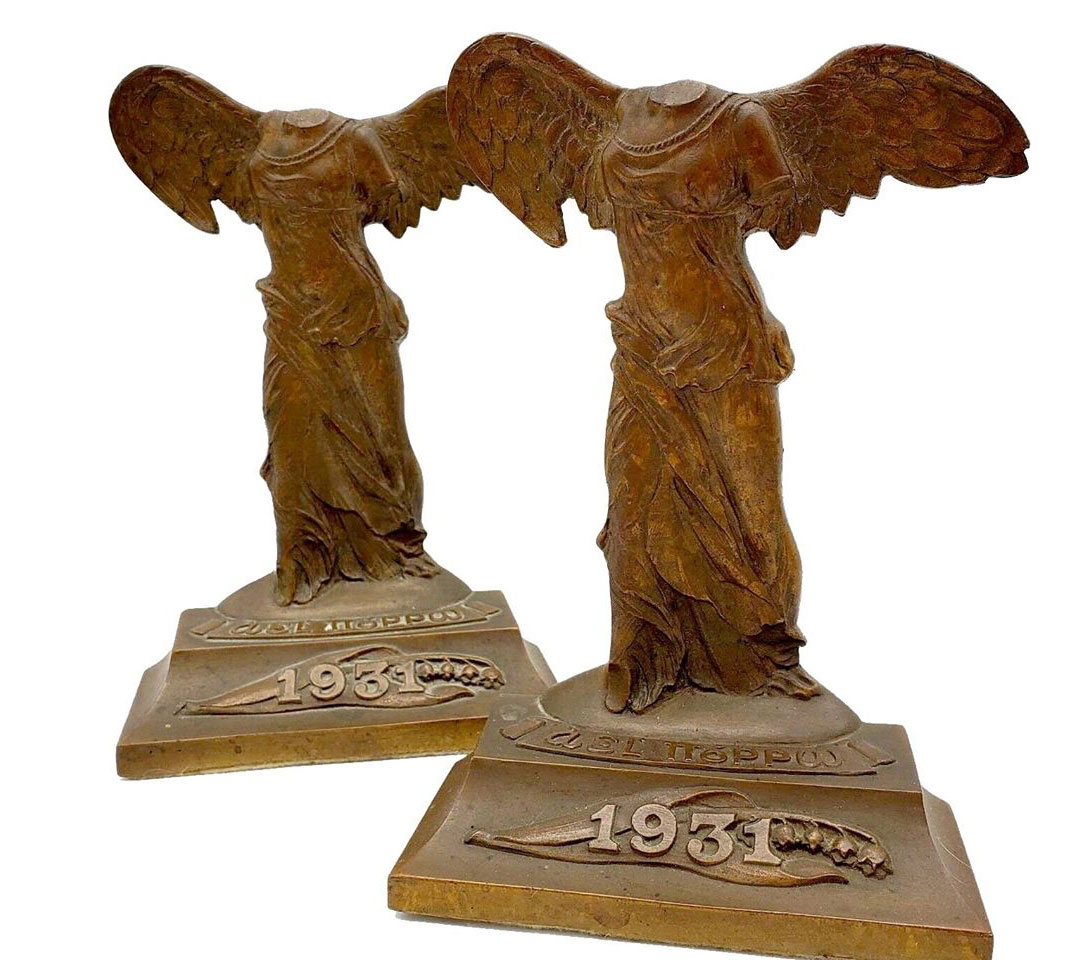 With the unfettered wings of Nike: exhibition of a unique collection

“With the unfettered wings of Nike ” is the title of the exhibition which was to be mounted in September in Venice, at the Sala del Capitolo, co-organized by the Thrace Research Centre and the Hellenic Institute of Byzantine and Post-Byzantine Studies in Venice under the auspices of the President of the Republic.

The exhibition comprising the unique collection of the collector-researcher Eleftherios Eleftheriou, records the modern history of the emblematic statue of the Victory of Samothrace and composes a global “mosaic” revealing those who love her, are enchanted by her grace, values  and ideals, and highlights the peoples and cultures whom she inspired and influenced in every corner of the globe

As the organizers point out: “It is truly impressive how many countries have depicted the ancient Greek symbol of Victory. These are hundreds of exhibits, both in philatelic material and coins, bank notes, medals, photographs, phone cards, publications, advertisements, audiovisual material from distant lands such as Uruguay, Zambia, Japan, Mali, Mozambique, Sierra Leone but also Poland, Italy, France and many others. ”

The purpose of the Thrace Research Center is “to strengthen and enrich the course of the ancient Greek symbol so that it becomes known both across Greece and internationally, but to also promote both our country in the best possible way 200 years after the Greek Revolution, as well as Greece’s borderlands which are celebrating the 100th anniversary of their liberation this year”.

Moreover, with the Hellenic Cultural Foundation of Trieste also as co organizer, the exhibition was to take place in this city, while there were discussions about other cities in Italy, as the ancient Greek statue is a dominant symbol of victory in our neighbouring country since the early 20th century. However, the programme for the exhibition’s presentation must be modified, due to the pandemic and its implications for all cultural events worldwide.

To see the exhibition’s page on Facebook press here.