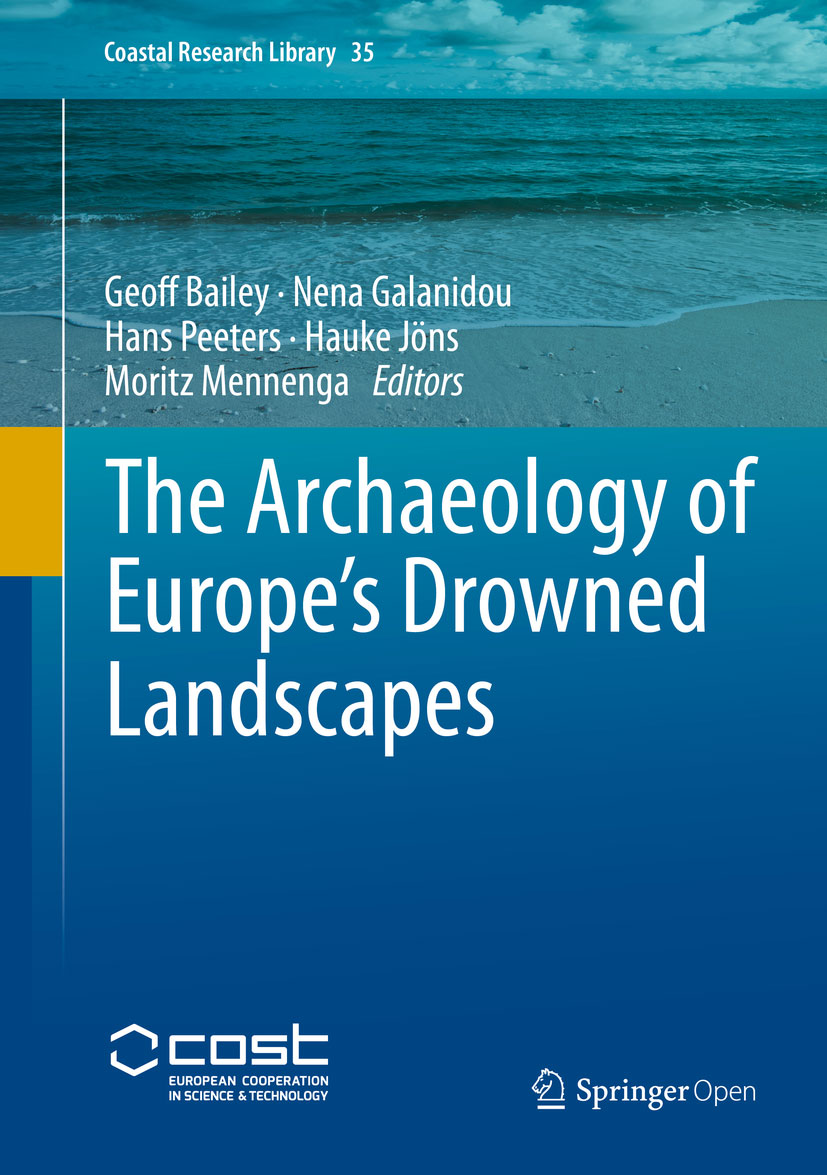 The Archaeology of Europe’s Drowned Landscapes

This open access volume provides for the first time a comprehensive description and scientific evaluation of underwater archaeological finds referring to human occupation of the continental shelf around the coastlines of Europe and the Mediterranean when sea levels were lower than present. These are the largest body of underwater finds worldwide, amounting to over 2500 find spots, ranging from individual stone tools to underwater villages with unique conditions of preservation. The material reviewed here ranges in date from the Lower Palaeolithic period to the Bronze Age and covers 20 countries bordering all the major marine basins from the Atlantic coasts of Ireland and Norway to the Black Sea, and from the western Baltic to the eastern Mediterranean. The finds from each country are presented in their archaeological context, with information on the history of discovery, conditions of preservation and visibility, their relationship to regional changes in sea-level and coastal geomorphology, and the institutional arrangements for their investigation and protection. Editorial introductions summarise the findings from each of the major marine basins. There is also a final section with extensive discussion of the historical background and the legal and regulatory frameworks that inform the management of the underwater cultural heritage and collaboration between offshore industries, archaeologists and government agencies.

The volume is based on the work of COST Action TD0902 SPLASHCOS, a multi-disciplinary and multi-national research network supported by the EU-funded COST organisation (European Cooperation in Science and Technology). The primary readership is research and professional archaeologists, marine and Quaternary scientists, cultural-heritage managers, commercial and governmental organisations, policy makers, and all those with an interest in the sea floor of the continental shelf and the human impact of changes in climate, sea-level and coastal geomorphology.

Geoff Bailey is Anniversary Professor of Archaeology Emeritus at the University of York, Visiting Professor at Flinders University, Australia, and Chairman of the EU COST Action ‘Submerged Prehistoric Archaeology and Landscapes of the Continental Shelf’ (SPLASHCOS). He received his PhD from the University of Cambridge in 1976 and has held Faculty appointments at Cambridge, where he was also Fellow and Senior Tutor of Clare Hall, and the University of Newcastle upon Tyne, where he was Professor of Archaeology and Head of Department from 1996 to 2004, before taking up the Anniversary Chair at the University of York. His research interests are in the archaeology of coastlines, submerged landscapes and Quaternary landscape evolution, and he has led major projects in Australia, Greece, Saudi Arabia and the UK. He is a Fellow of the Society of Antiquaries of London, Member of the Academia Europaea and Corresponding Fellow of the Australian Academy of the Humanities. In 2017 he was awarded the King AbdulAziz Prize for a book on Saudi Arabia in a non-Arabic language, and the Europa Prize of the Prehistoric Society for contributions to European Prehistory.

Nena Galanidou is Professor of Archaeology at the Department of History and Archaeology of the University of Crete. She received her PhD from the University of Cambridge in 1996 and continued with a post-doctoral Research Fellowship at Clare Hall to 1999. She is an expert on lithic technology and archaeological computing. Her research interests are Stone Age archaeology, ethnoarchaeology, archaeological history and method, and public archaeology. Dr Galanidou has conducted archaeological fieldwork in Greece and Croatia and has participated in various international projects on the Palaeolithic and Mesolithic of Southeast Europe. She is currently Director of the multidisciplinary Lesbos Lower Palaeolithic Project and of the Inner Ionian Sea Archipelago Project. Both projects are concerned with the history of Palaeolithic occupation and its relationship to sea-level change in regions where offshore islands were once part of their neighbouring mainland, in Anatolia and Greece respectively. Dr Galanidou is a member of the EU SPLASHCOS research network and was the Greek archaeological representative on the European Marine Board’s SUBLAND Working Group for European Continental Shelf Prehistoric Research.

Hauke Jöns is Head of the Culture Science Department and Director of the Lower Saxony Institute for Historical Coastal Research in Wilhelmshaven, Germany, as well as Professor of Prehistoric Archaeology at Rostock University. He received his PhD in 1993 and his Habilitation in 2000 at the University of Kiel, Germany. He is an expert in diachronic settlement and landscape research, with special interests in human adaptations to changing coastal environments, archaeometallurgy and the management of the coastal archaeological heritage. He was a member of the steering group of the interdisciplinary Research Programme SINCOS (Sinking Coasts) which published in 2014 on the dynamics of the Littorina Transgression on the Southwest Baltic Coast and its impact on the Mesolithic and Neolithic societies of the region. He has also conducted research on submerged sites of the late Mesolithic Ertebølle culture in the Western Baltic and the Zwischenahner Meer and on the archaeology of the German Wadden Sea. In addition, he has led a project on the settlement and land use of the Western group of the Neolithic Funnel Beaker culture. Dr Jöns is the German archaeological substitute representative on the EU SPLASHCOS Management Committee and is the coordinator of the web-based SPLASHCOS Viewer.

Hans Peeters is Associate Professor at the Groningen Institute of Archaeology, University of Groningen. He is a specialist in the archaeology of hunter-gatherers, landscape archaeology and lithic technology. He received his PhD from the University of Amsterdam in 2007 for his study on Mesolithic-Neolithic land-use dynamics and innovative approaches to heritage management issues in the Dutch Flevoland polders. He has led major multi-disciplinary research projects on Mesolithic and Neolithic excavations and landscape studies in the Netherlands. Dr Peeters also coordinated an international working group named the “North Sea Prehistory Research and Management Framework” (NSPRMF), the results of which were published in 2009, and evaluated and upgraded in 2019 under his direction. Dr Peeters is the Netherlands archaeology representative on the EU SPLASHCOS Management Committee and continues to play an important advisory role in the field of heritage management of prehistoric archaeology and landscapes, both on land and offshore.

Moritz Mennenga is Scientific Associate and head of the unit for ‘Excavation Technique and Geoinformatics’ at the Lower Saxony Institute for Historical Coastal Research in Wilhelmshaven, Germany, since 2015. He received his PhD at the University of Kiel in 2017 for research on Middle-Neolithic settlement structures and houses of the Funnel Beaker Culture in north-western Germany with the focus on the area between the rivers Elbe and Ems. Additional research interests are the spatial and GIS analysis of distributions of ancient human remains and the reconstruction of historical landscapes. He leads projects on Neolithic and ritual landscapes in the North Sea coastal region including investigations of settlements and megalithic graves buried beneath peat in the Elbe-Weser triangle. Dr Mennenga is responsible for the data-management of the SPLASHCOS Viewer and has created most of the distribution maps in this volume.