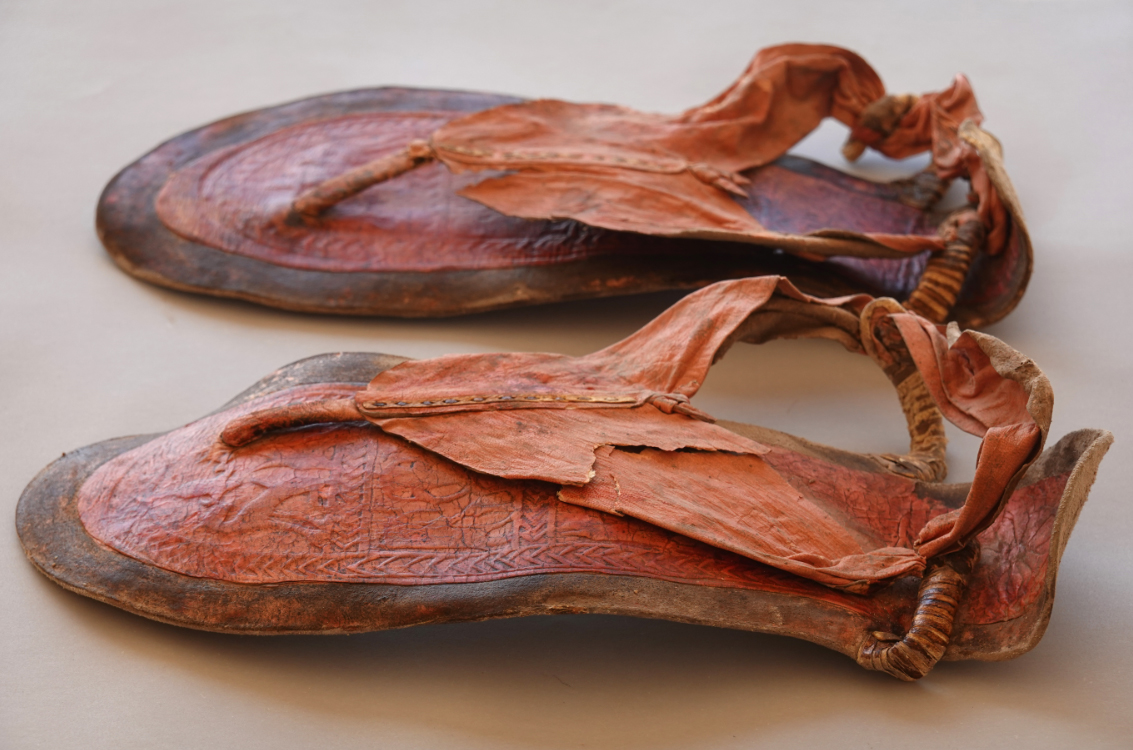 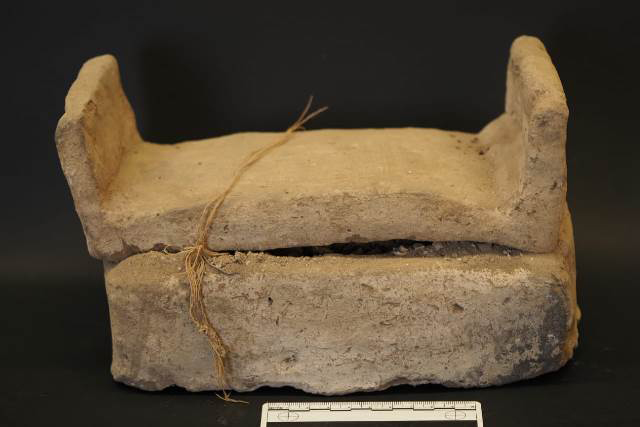 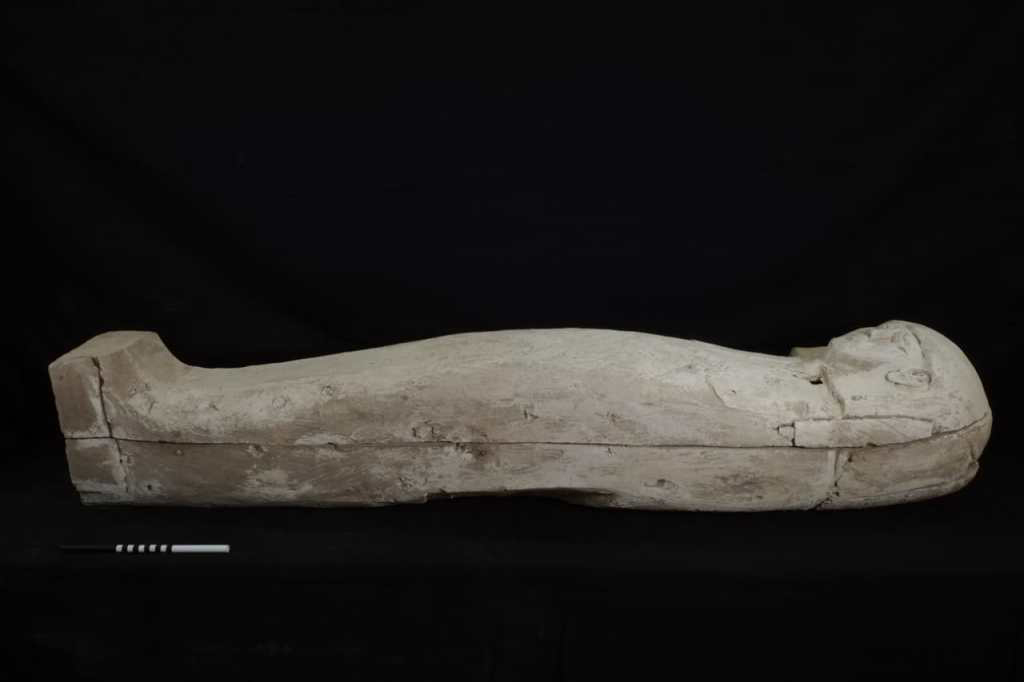 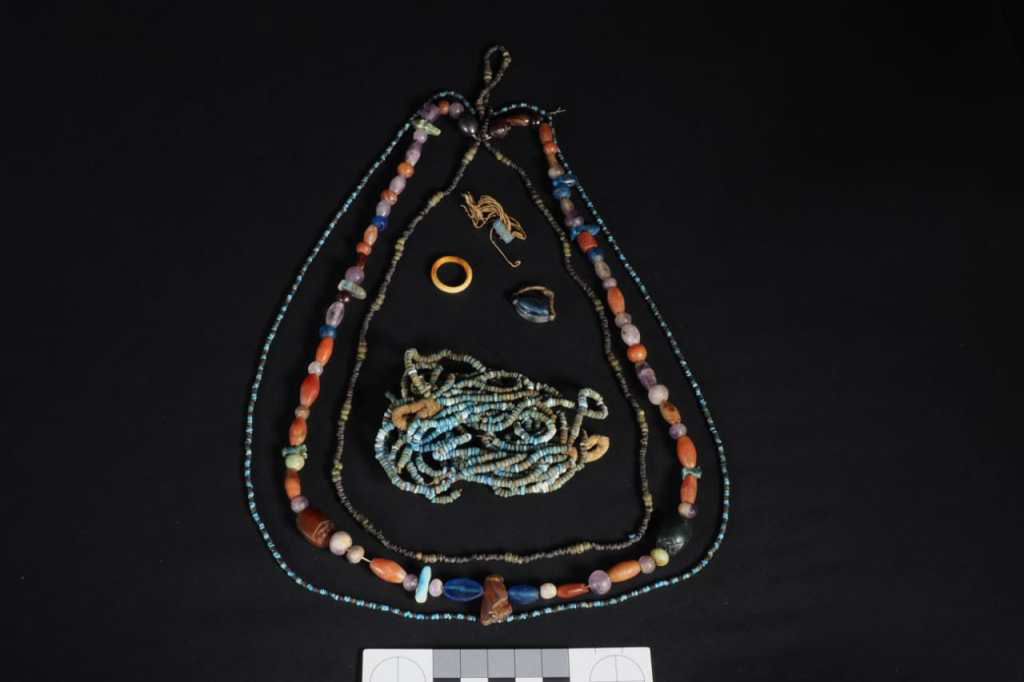 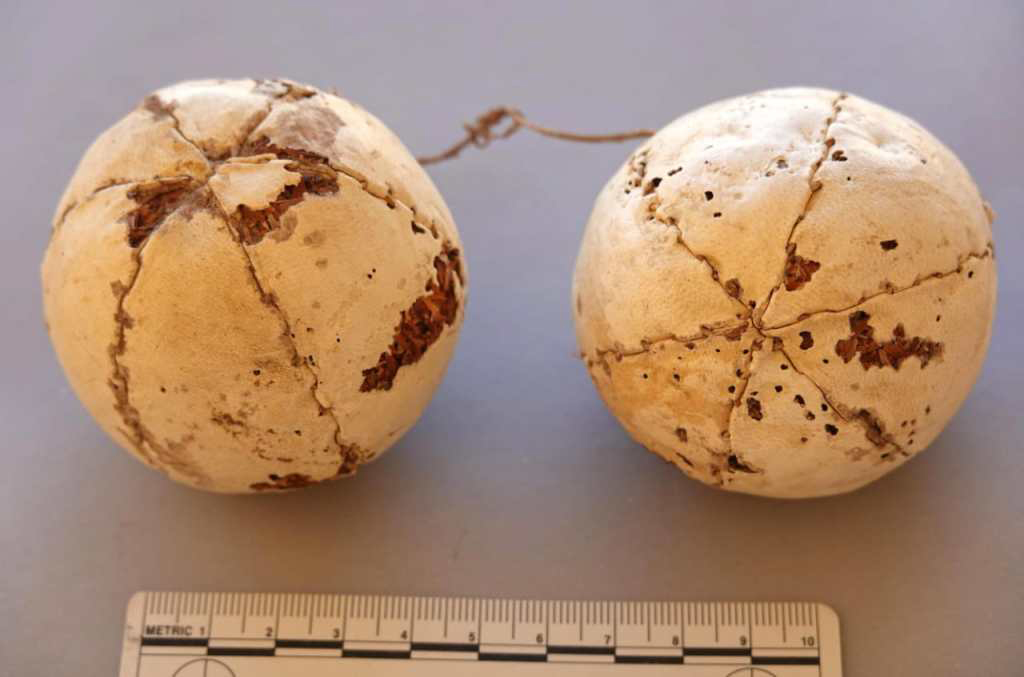 During Season 19 of the Djehuty Project

The rich burial of a teenage girl was discovered in Egypt’s Dra Abu El Naga (West Bank, Luxor) by the Spanish-Egyptian mission working on the site last January and February, during Season 19 of the Djehuty Project. Alongside, they found other items, including a shabti figurine inscribed for a certain Djehuty, different than the commissioner of the site’s main feature, tomb No. TT 11.

According to Dr. Mostafa Waziri, Secretary-General of the Supreme Council of Antiquities archaeologists led by project coordinator José Manuel Galán excavated in front of the open courtyard of tomb No. TT 11. The girl’s sarcophagus was found a meter away from the entrance to the courtyard of Djehuty’s tomb funerary chapel, in close proximity to a small mudbrick chapel dating to around 1600 BC. The 1,75 m.- high- sarcophagus is made of a single trunk of wood – probably sycamore – it is painted white on the outside and red on the inside. Its style suggests a 17th Dynasty date (around 3,600 years ago).

CT-scans performed on the sarcophagus revealed the presence of the poorly preserved body of a 1.59-high female aged probably 15 or 16. On her chest, the girl still wore four necklaces linked to each other with a ceramic clip.  The first necklace is 70 cm. long, and it consists of circular beads decorated in different shades of blue. The second is 62 cm long and combines beads of faience and green glass. The third is made of several chains of faience beads bound together by a ring that combines all threads. And the fourth is the most elaborate of all, consisting of 74 pieces in different shapes and of different materials: beads of known and even unidentified semi-precious stones coexist with glass beads and seven faience amulets. The necklace has a centerpiece of amber in the shape of a falcon (representing the god Horus) flanked by two scarabs.  The mummy is wearing two earrings in one of her ears, both with a spiral shape and coated with a thin metal leaf, maybe copper. The girl also wore two earrings in one of her ears and two rings, one in each hand. The earrings are of a spiral shape and coated with a thin metal leaf, probably copper. Of her rings, one is made of bone, and the other consists of a blue glass bead set on a metal base tied with string. According to Galán, the wealth of the jewels is surprising for such a young person buried in such a modest coffin.

Still, there were other finds for the Spanish-Egyptian mission to explore. On the other side of the mud-brick chapel, archaeologists found a small coffin made of mud, closed, with its lid and body tied together with a string. The miniature coffin contained a shabti wrapped in mummy bandages. Hieratic inscriptions found on the shabti and on one of the bandages identify the shabti as “the Osiris, Djehuty”. Still, this was not Djehuty who commissioned TT 11 during the 18th Dynasty, but an earlier individual who, as the coffin and shabti show,  lived during the 17th Dynasty. As Galán explains, the name Djehuty was popular in the period between 1600 and 1400 BC so, we can date this early Djehuty 100 years earlier than his namesake who raised his massive funerary complex in that site. Still, the actual tomb of this earlier Djehuty remains unknown.

Overall, the new finds come to be added to the important group of objects the site around TT 11 has given so far. Let us remind you that only last year, next to the shabti’s findspot, archaeologists had found a funerary shaft containing really interesting pieces of leather: a pair of sandals and a pair of balls tied together with the string. The remarkably preserved sandals are red and bear decorative motifs of advanced symbolism, such as the gods Bes and Taweret, two cats, an ibex, and a rosette. As for the balls, they represent a rare find which finds parallels in pictorial representations of dancing and sports’ activities in tombs of the 12th Dynasty. In that sense, the assemblage, which dates to the 17th Dynasty, has been linked to a woman who used the items as part of a dancing choreography.