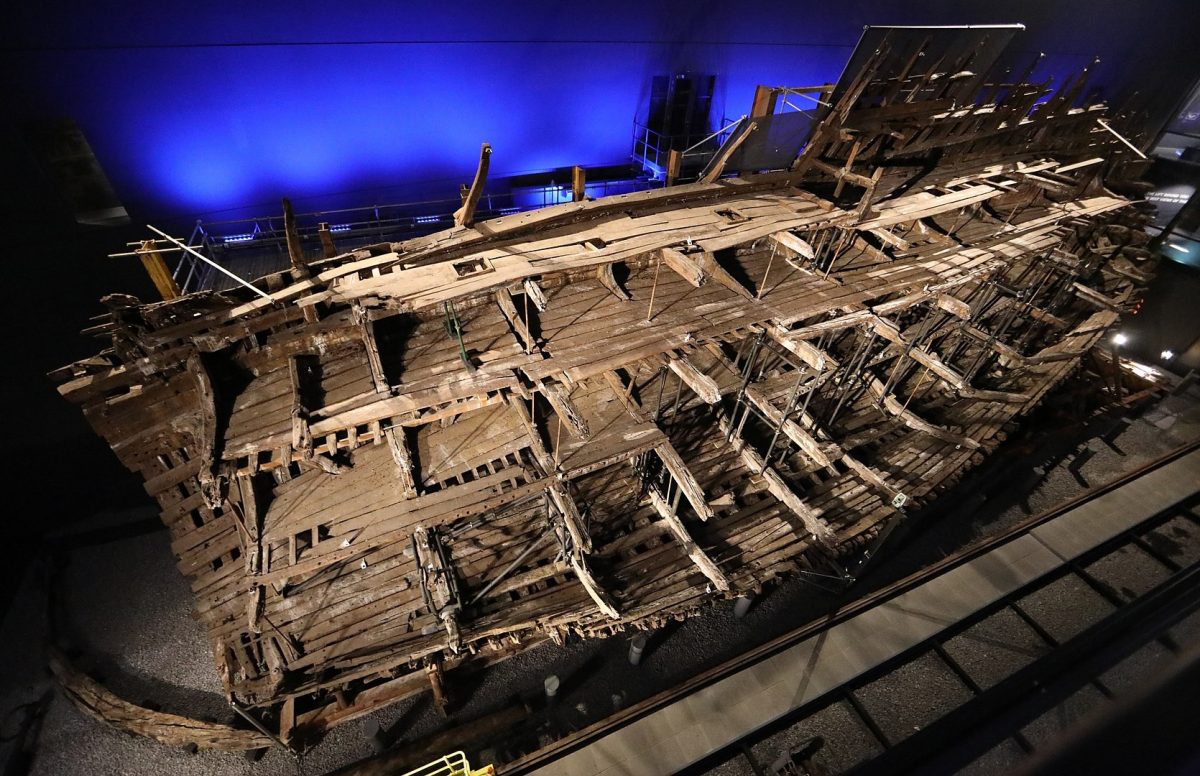 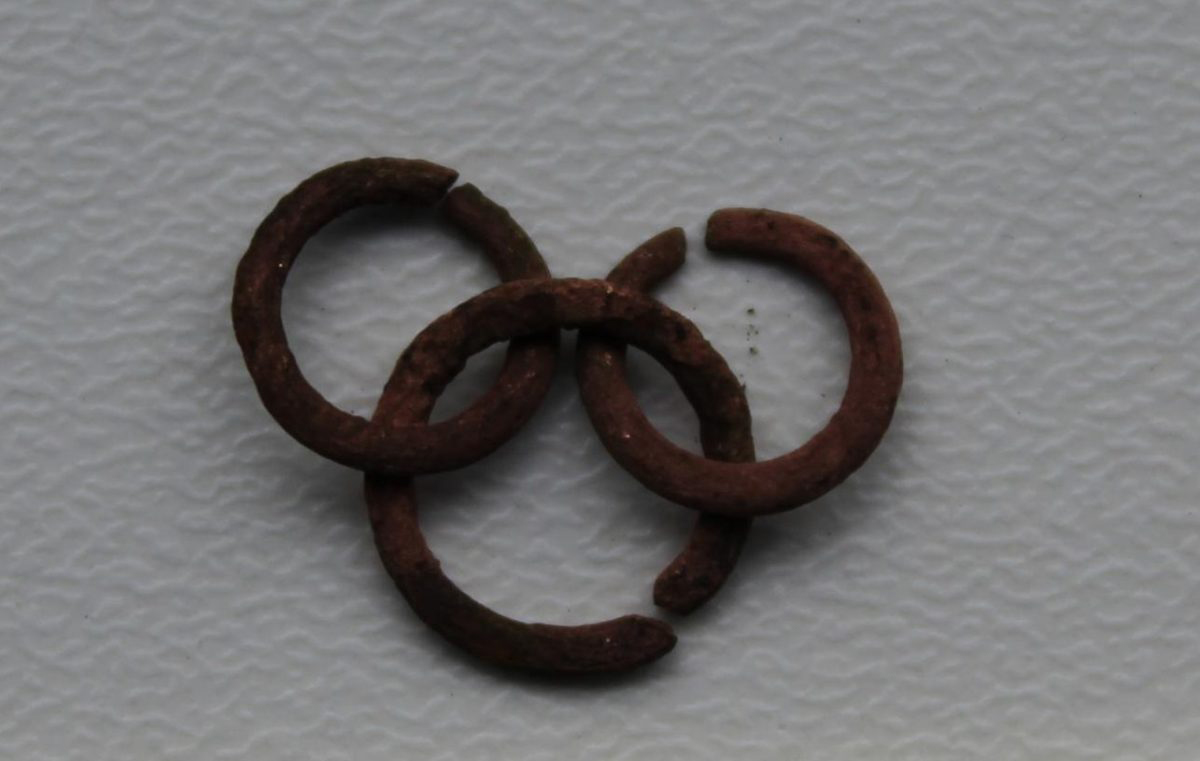 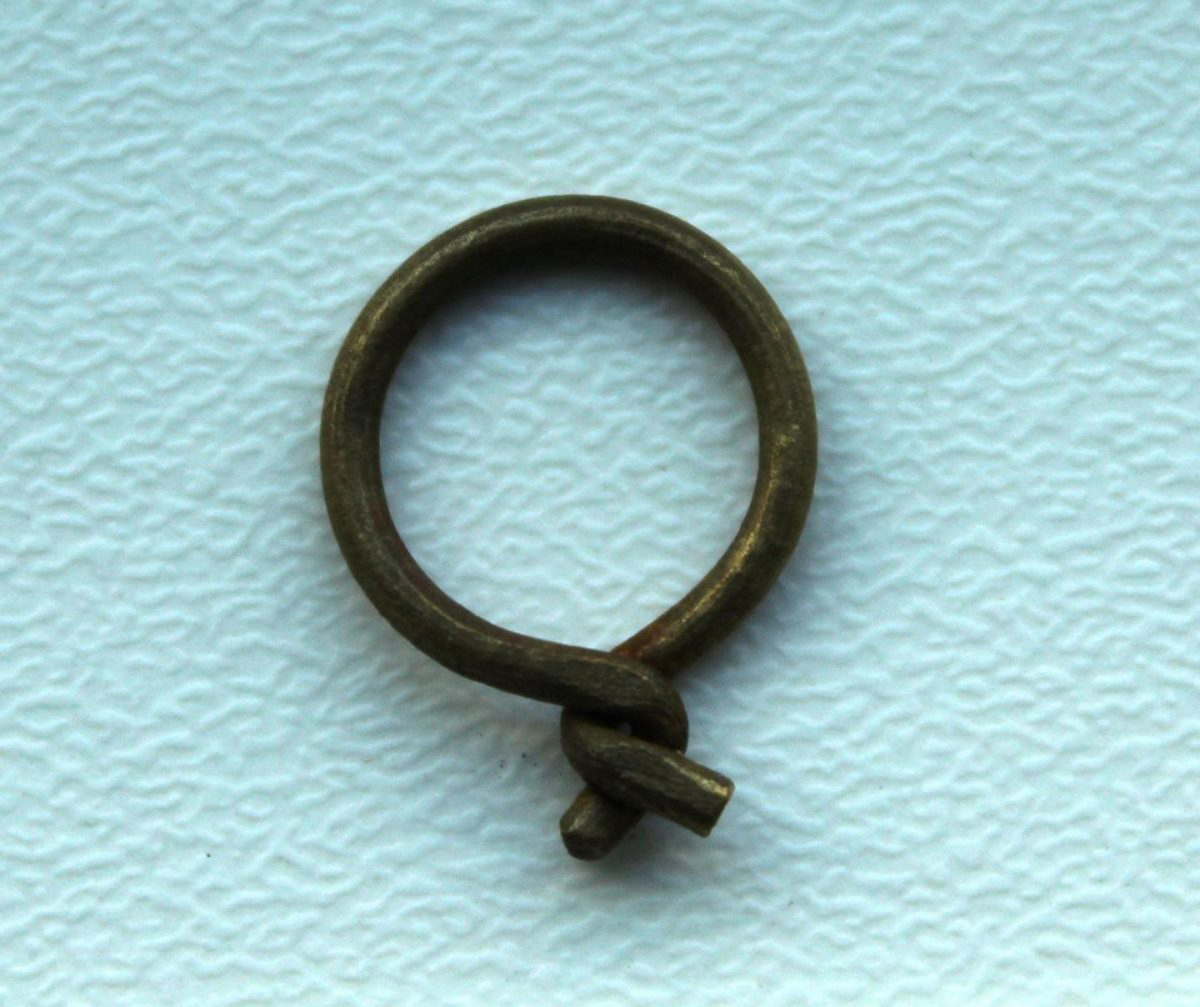 Their construction and conservation

21st century X-ray technology has allowed University of Warwick scientists to peer back through time at the production of the armour worn by the crew of Henry VIII’s favoured warship, the Mary Rose.

Three artefacts believed to be remains of chainmail recovered from the recovered hull have been analysed by an international team of scientists led by the Universities of Warwick and Ghent using a state-of-the-art X-ray facility called XMaS (X-ray Materials Science) beamline.

They analysed three brass links as part of continuing scientific investigations into the artefacts recovered during the excavation of the wreck in the Solent. These links have often been found joined to make a sheet or a chain and are most likely to be from a suit of chainmail armour. By using several X-ray techniques available via the XMaS beamline to examine the surface chemistry of the links, the team were able to peer back through time to the armour’s production and reveal that these links were manufactured from an alloy of 73% copper and 27% zinc.

Emeritus Professor Mark Dowsett from the University of Warwick’s Department of Physics said: “The results indicate that in Tudor times, brass production was fairly well controlled and techniques such as wire drawing were well developed. Brass was imported from Ardennes and also manufactured at Isleworth. I was surprised at the consistent zinc content between the wire links and the flat ones. It’s quite a modern alloy composition.”

The exceptionally high sensitivity analysis revealed traces of heavy metals, such as lead and gold, on the surface of the links, hinting at further history to the armour yet to be uncovered.

Professor Dowsett explains: “The heavy metal traces are interesting because they don’t seem to be part of the alloy but embedded in the surface. One possibility is that they were simply picked up during the production process from tools used to work lead and gold as well. Lead, mercury and cadmium, however, arrived in the Solent during WW2 from the heavy bombing of Portsmouth Dockyard. Lead and arsenic also came into the Solent from rivers like the Itchen over extended historical periods.

“In a Tudor battle, there might be quite a lot of lead dust produced by the firing of munitions. Lead balls were used in scatter guns and pistols, although stone was used in canon at that time.”

The Tudor warship the Mary Rose was one of the first warships that Henry VIII ordered not long after he ascended to the throne in 1509. Often considered to be his favourite, on 19 July 1545 it sank in the Solent during a battle with a French invasion fleet. The ship sank to the seabed and over time the silts covered and preserved its remains as a remarkable record of Tudor naval engineering and ship board life.

In 1982 the remaining part of the hull was raised and is now housed in the Mary Rose Museum in Portsmouth alongside many thousands of the 19,000 artefacts that were also recovered, many of which were remarkably well preserved by the Eocene clays.

After recovery, the three artefacts were subjected to different cleaning and conservation treatments to prevent corrosion (distilled water, benzotriazole (BTA) solution, and cleaning followed by coating with BTA and silicone oil). This research also analysed the surface chemistry of the brass links to assess and compare the levels of corrosion between the different techniques, finding that all had been effective at preventing corrosion since being recovered.

Professor Dowsett added: “The analysis shows that basic measures to remove chlorine followed by storage at reduced temperature and humidity form an effective strategy even over 30 years.”

XMaS is owned by the Universities of Liverpool and Warwick and is located in Grenoble, France, at the European Synchrotron Radiation Facility (ESRF). It works with over 90 active research groups, representing several hundred researchers, in diverse fields ranging across materials science, physics, chemistry, engineering and biomaterials and contributes to societal challenges including energy storage and recovery, tackling climate change, the digital economy and advances in healthcare.

It is a National Research Facility and is currently undergoing a major upgrade thanks to £7.2million funding from the Department of Business, Innovation and Skills through the Engineering and Physical Sciences Research Council (EPSRC).

Professor Mieke Adriaens, Head of the Electrochemistry and Surface Analysis Group at Ghent University said: “XMaS is extremely versatile and flexible in the analytical strategies which can be devised and implemented. What’s more, the beamline scientists are amongst the best we’ve encountered anywhere. It is fascinating to examine ancient technology using specially developed analytical methods which can then be applied to modern materials too. It was also a real privilege to be allowed access to these unique artefacts and to play a part in unravelling their story.”

Professor Eleanor Schofield, Head of Conservation at the Mary Rose: “This study clearly shows the power of combining sophisticated techniques such as those available at a synchrotron source. We can glean information not only on the original production, but also on how it has reacted to being the marine environment and crucially, how effective the conservation strategies have been.

Co-author Professor Pam Thomas, Pro-Vice-Chancellor for Research at the University of Warwick, said: “We are very pleased that researchers at Warwick are continuing to put our expertise in Analytical Sciences at the forefront of research on important historical artefacts. The long tradition of X-ray scattering and diffraction science within the Department of Physics at Warwick continues to give high-quality data and leads to penetrating insight across a wide range of scientific problems. It is testament both to the expertise at the XMaS beamline of ESRF and in the X-Ray Diffraction Research Technology Platform (RTP) at Warwick.”