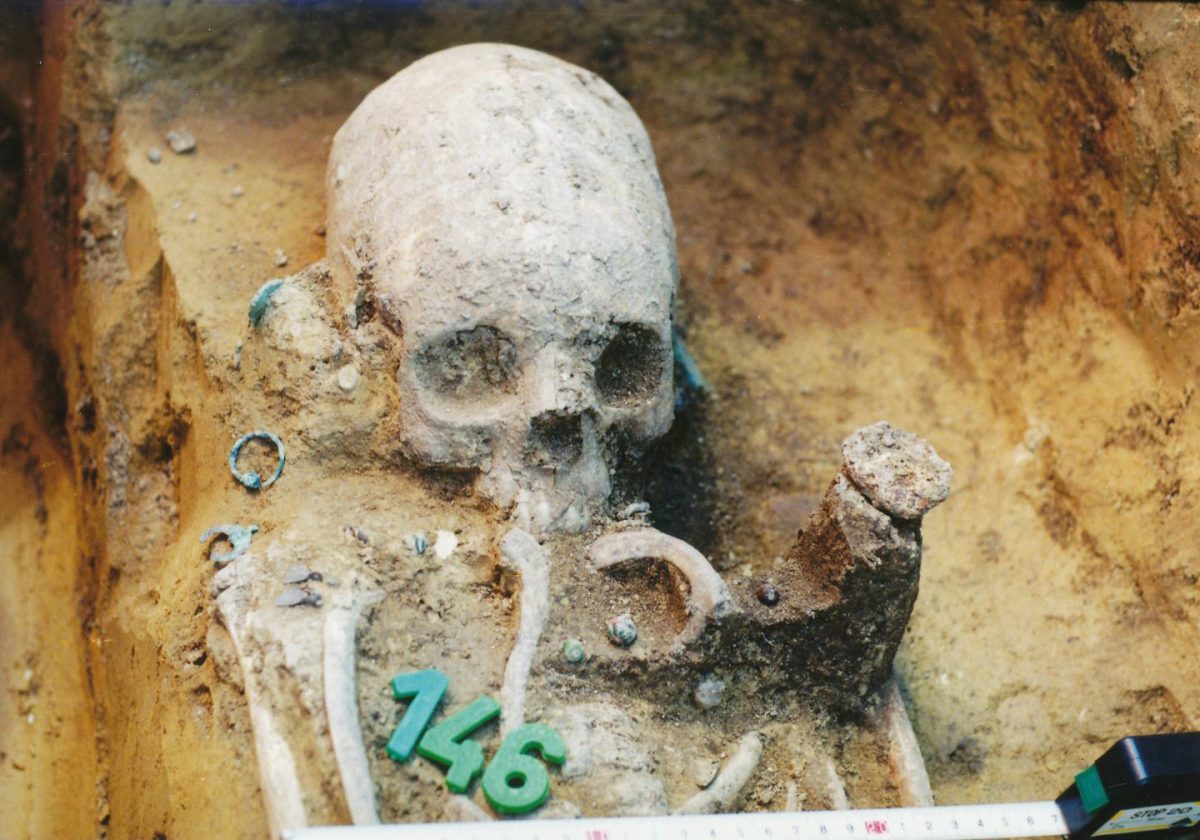 The ancient cemetery of Mözs-Icsei dülő in present-day Hungary holds clues to a unique community formation during the beginnings of Europe’s Migration Period, according to a study published April 29, 2020 in the open-access journal PLOS ONE by Corina Knipper from the Curt-Engelhorn-Center for Archaeometry, Germany, István Koncz, Tivadar Vida from the Eötvös Loránd University, Budapest, Hungary and colleagues.

As the Huns invaded Central Europe during the 5th century, the Romans abandoned their Pannonian provinces in the area of modern-day Western Hungary. Pannonia’s population entered a period of continuous cultural transformation as new foreign groups arrived seeking refuge from the Huns, joining settlements already populated by remaining local Romanized population groups and other original inhabitants. (Later, the Huns themselves would fall to an alliance of Germanic groups.) To better understand this population changing rapidly under chaotic circumstances, Knipper and colleagues turned to the cemetery of Mözs-Icsei dülő in the Pannonian settlement of Mözs, established around 430 AD.

The authors conducted an archaeological survey of the cemetery and used a combination of isotope analysis and biological anthropology to investigate the site’s previously-excavated burials.

They found that Mözs-Icsei dülő was a remarkably diverse community and were able to identify three distinct groups across two or three generations (96 burials total) until the abandonment of Mözs cemetery around 470 AD: a small local founder group, with graves built in a brick-lined Roman style; a foreign group of twelve individuals of similar isotopic and cultural background, who appear to have arrived around a decade after the founders and may have helped establish the traditions of grave goods and skull deformation seen in later burials; and a group of later burials featuring mingled Roman and various foreign traditions.

51 individuals total, including adult males, females, and children, had artificially deformed skulls with depressions shaped by bandage wrappings, making Mözs-Icsei dülő one of the largest concentrations of this cultural phenomenon in the region. The strontium isotope ratios at Mözs-Icsei dülő were also significantly more variable than those of animal remains and prehistoric burials uncovered in the same geographic region of the Carpathian Basin, and indicate that most of Mözs’ adult population lived elsewhere during their childhood. Moreover, carbon and nitrogen isotope data attest to remarkable contributions of millet to the human diet.

Though further investigation is still needed, Mözs-Icsei dülő appears to suggest that in at least one community in Pannonia during and after the decline of the Roman Empire, a culture briefly emerged where local Roman and foreign migrant groups shared traditions as well as geographical space.

Image: Upper part of the body of grave 43 during excavation. The girl had an artificially deformed skull, was place in a grave with a side niche and richly equipped with a necklace, earrings, a comb and glass beads. The girl belonged to a group of people with a non-local origin and similar dietary habits, which appeared to have arrived at the site about 10 years after its establishment. Credit: Wosinsky Mór Museum, Szekszárd, Hungary.