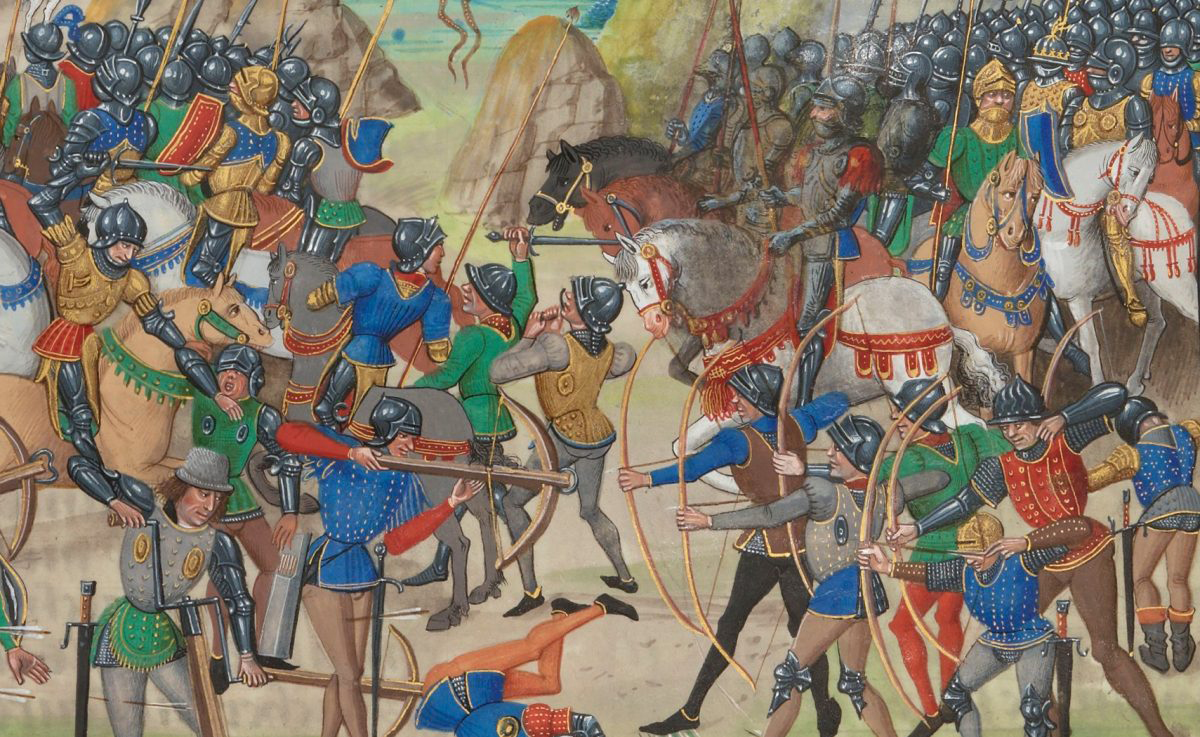 Injuries from medieval arrows just as horrific as gunshot wounds

They were designed to spin clockwise as they hit the victim

Bones exhumed from a Dominican Friary in Exeter has revealed that arrows fired from a longbow caused injuries as deadly as modern-day gunshot wounds.

The remains examined were most probably soldiers who died in battle, displaced, and reburied in consecrated holy ground.

The team of researchers found that the injuries sustained from arrows penetrated completely through the human skull and created small entry and large exit wounds. The arrows were designed to spin clockwise as they hit the victim, acting like a drill that cut through the bone. Gun manufacturers have predominantly rifled barrels so that bullets spin in the same, clockwise, direction.

Excavations at the Friary was conducted by Exeter Archaeology in advance of the construction of a shopping precinct. The team analysed 22 fragments of bone, 3 teeth, a complete cranium, a left femus, a right tibia and a left humerus. All the bones showed traumatic injuries most likely caused by arrows.

Radiocarbon dating of the remains show they date from AD 1482 to 1645. The tibia with the puncture wound was dated to AD 1284 to 1395 and the cranium from AD 1405 to 1447. This suggests the injuries to the cranium and leg were sustained by different men.

The English longbow was a deadly medieval type of bow, used by the English and Welsh for hunting and warfare. The Longbow was a decisive instrument of war against the French during the Hundred Years’ War, most famously at the Battle of Agincourt in AD 1415, where approximately 1,500 men-at-arms and 7,000 longbowmen defeated the 14,000 – 15,000 strong French army.

Professor Oliver Creighton, an archaeologist from the University of Exeter who led the research, said: “These results have profound implications for our understanding of the power of the medieval longbow; for how we recognise arrow trauma in the archaeological record; and for where battle casualties were buried.

“In the medieval world, death caused by an arrow in the eye or the face could have special significance. Clerical writers sometimes saw the injury as a divinely ordained punishment, with the ‘arrow in the eye’ which may or may not have been sustained by King Harold II on the battlefield of Hastings in 1066 the most famous case in point. Our study brings into focus the horrific reality of such an injury.”