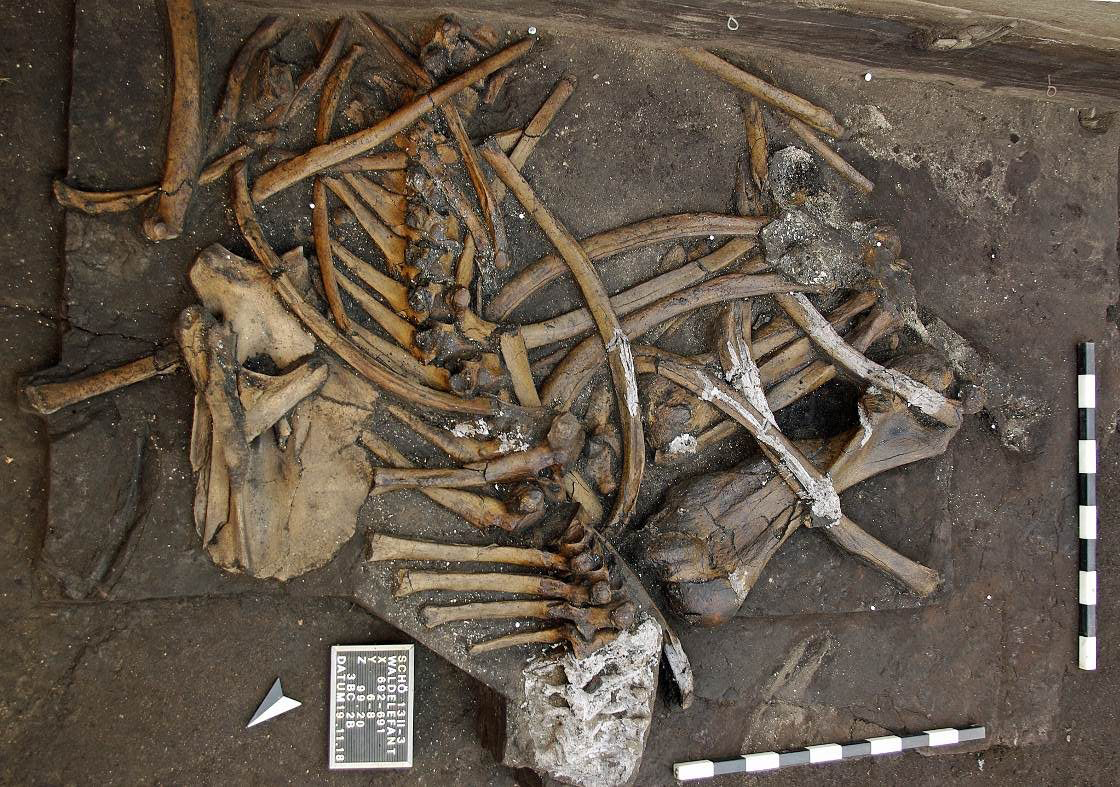 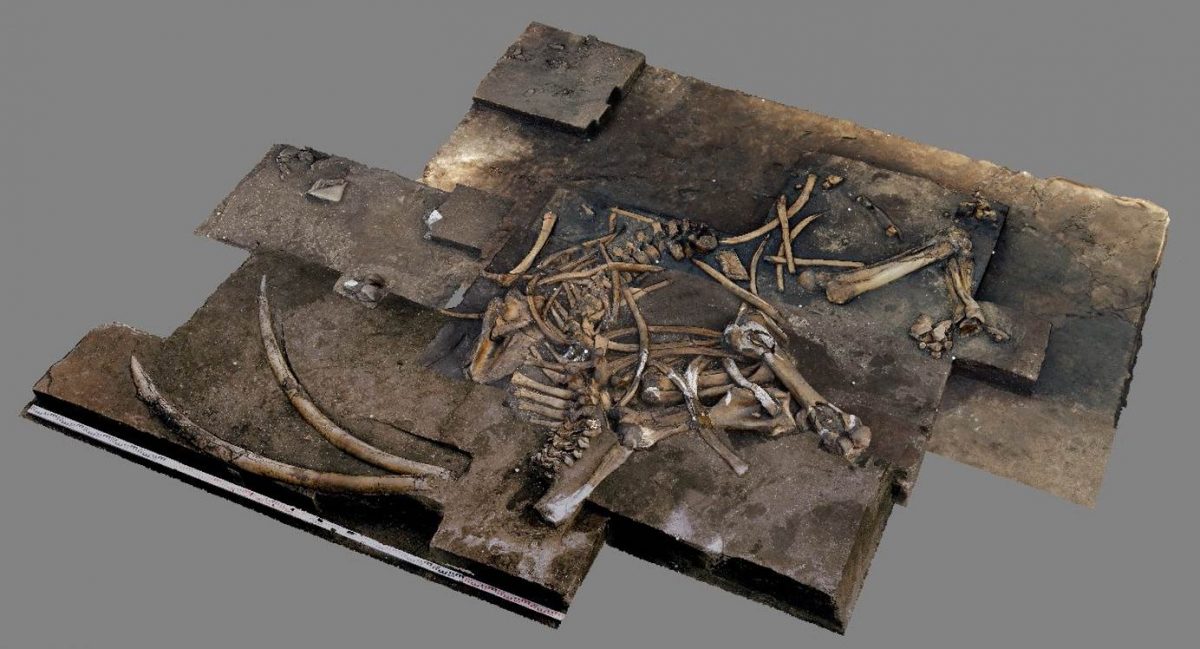 Archaeologists from the University of Tübingen and the Senckenberg Centre for Human Evolution have discovered the almost complete remains of a Eurasian straight-tusked forest elephant (Palaeoloxodon antiquus) from a Palaeolithic site near Schöningen, Germany.

The elephant died on what was the western lakeshore 300,000 which is now the site of a former opencast lignite mine. The remains have been well-preserved due to the water-saturated sediments.

Jordi Serangeli, head of the project excavations said: “We found both 2.3-metre-long tusks, the complete lower jaw, numerous vertebrae and ribs as well as large bones belonging to three of the legs and even all five delicate hyoid bones.”

The elephant has been identified as an older female with worn teeth that had a shoulder height of around 3.2 metres and weighed 6.8 tones – much larger than African elephant cows today.

Archaeozoologist Ivo Verheijen said: “It most probably died of old age and not as a result of human hunting. Elephants often remain near and in water when they are sick or old. Numerous bite marks on the recovered bones show that carnivores visited the carcass, however, the hominins of that time would have profited from the elephant too.”

The team found 30 small flint flakes and two long bones which were used as tools for knapping among the elephant bones. This included micro flakes embedded into bone which shows that re-sharpening of stone artefacts took place near to the elephant remains.

The discoveries in Schöningen include some of the oldest fossil finds of an auroch in Europe, of a water buffalo and three sabre-toothed cats. In Schöningen archaeologists also recovered some of the world’s oldest and best-preserved hunting weapons: ten wooden spears and at least one throwing stick.

Stone artefacts and bone tools complete the overall picture of the technology of the time. “The lakeshore sediments of Schöningen offer unique preservation and frequently provide us with detailed and important insights into the culture of Homo heidelbergensis,” says Nicholas Conard, head of the Schöningen research project.