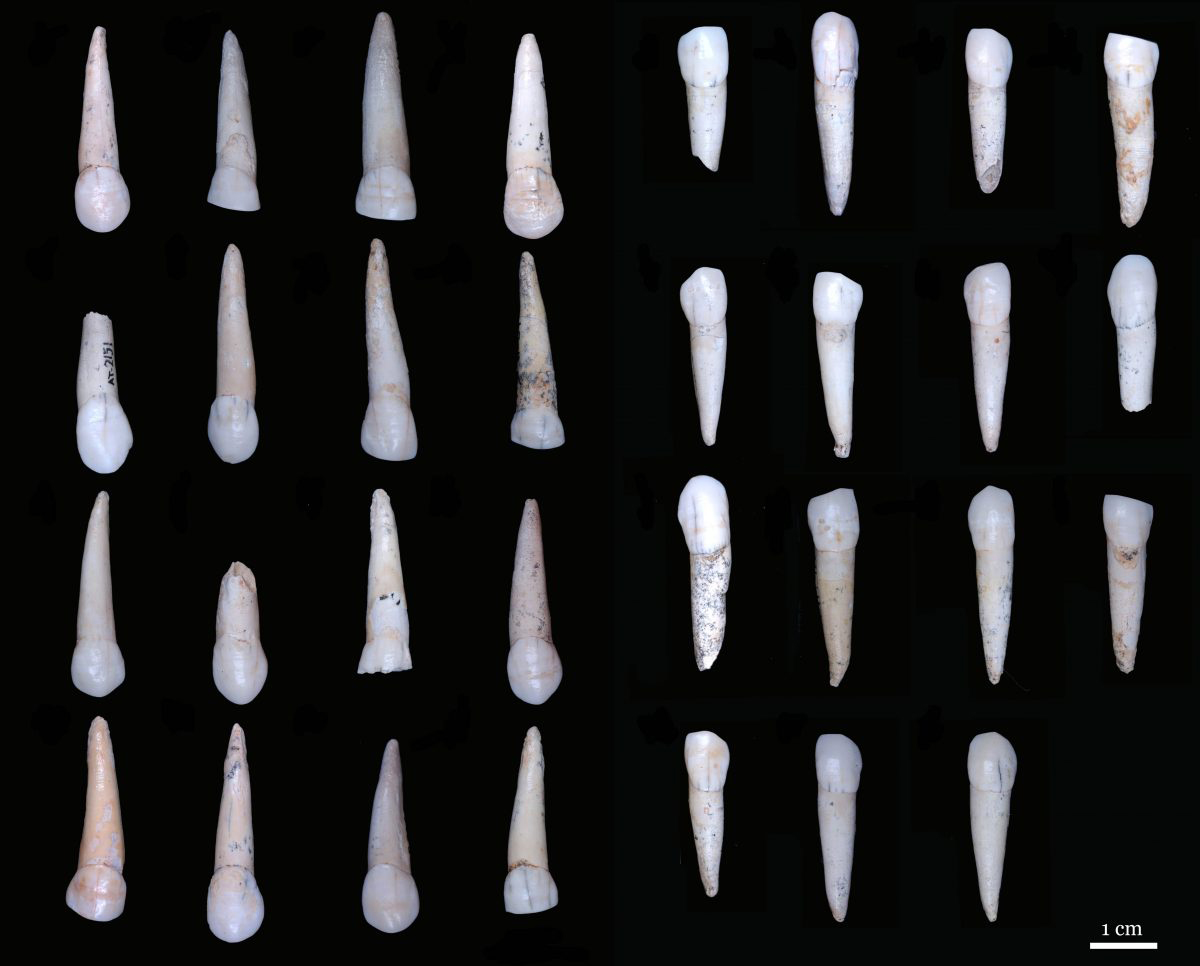 Development of teeth enables sex from fossil site to be estimated

An analysis of 32 dental pieces from Sima de los Huesos in Spain, has enabled researchers to estimate the sex of 15 individuals.

The extraordinary fossil collection recovered at this Middle Pleistocene site offers a unique opportunity for conducting demographic studies of the populations inhabiting Europe during that period. Nevertheless, many of the individuals in the Sima de los Huesos population are sub-adults or young adults who had not completed their development, so that their skeletons do not present clear secondary sexual traits that could help to determine their sex.

By contrast, these traits can be detected in their dentition, as the lead author of this work explains: “The teeth form early, allowing us to suggest a sex assignment even in those individuals who have not come through adolescence, so that dental anthropology turns out to be a very useful tool when endeavoring to study past populations with demographic structures similar to that in Sima de los Huesos”.

By studying the dentition of modern populations, in 2018 the CENIEH Dental Anthropology Group managed to identify a characteristic histological pattern to distinguish the canines belonging to male individuals from those of female individuals, and which offers an efficacy of 92.3%.

The application of this pattern at Sima de los Huesos has not only enabled the sex estimations proposed in earlier studies to be ratified, but also to suggest a sex assignment for the youngest individuals in the sample, something which had not been possible in previous work. All of this, therefore, has made clear the usefulness of dental histology for the assessment of sexual dimorphism and estimating sex in modern and past human populations.

“Specifically, this tool is especially useful in paleoanthropological settings, in which the other bone structures usually appear fragmented or are absent, and above all in those where sub-adults are better represented in their demographic structures”, says García Campos.