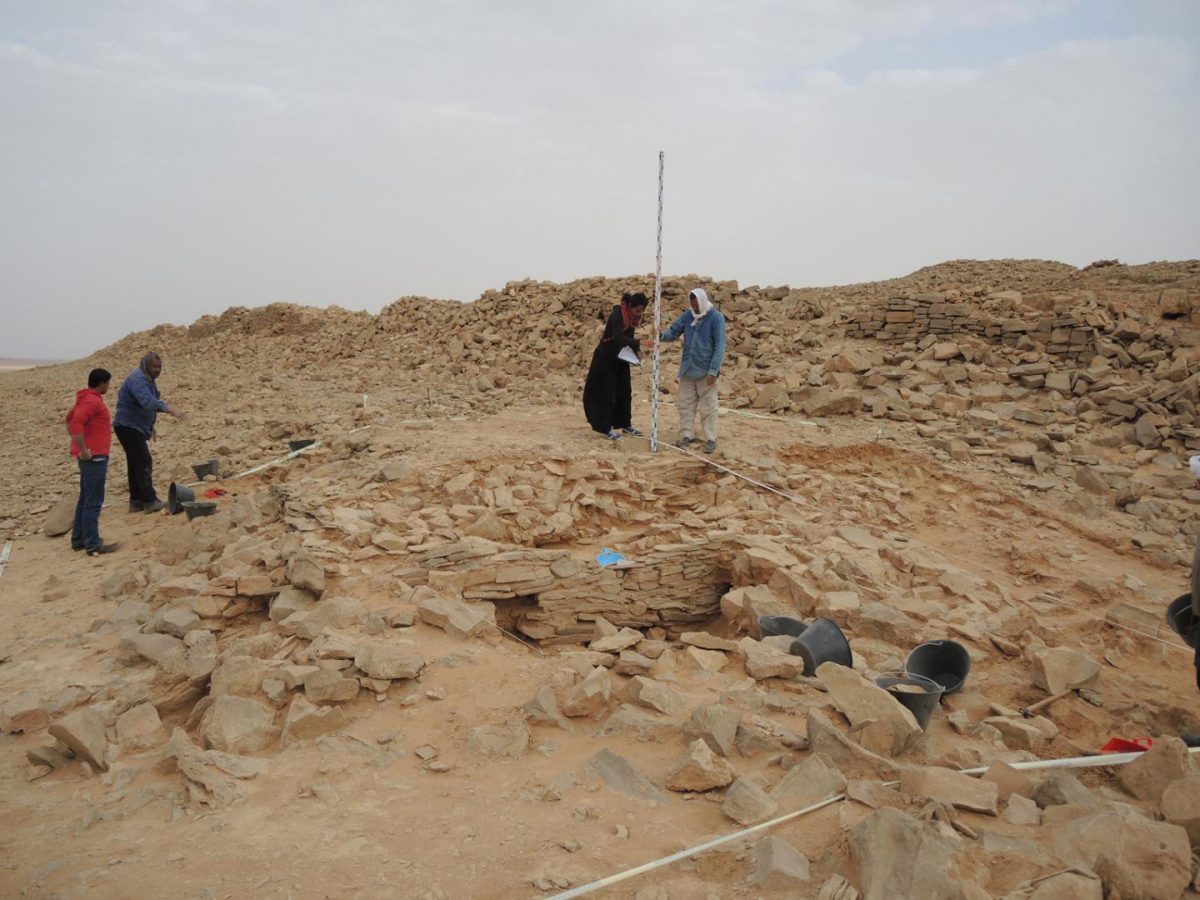 Discovering the prehistoric monuments of Arabia

In contrast to the prehistoric remains of the Near East, the megalithic monuments of Arabia remain largely unknown. These monumental structures, made of dry stone walls, still hold many secrets in terms of their construction, function and chronology. An international collaboration of scientists from France, Saudi Arabia and Italy, led by Olivia Munoz, a researcher at the CNRS, have discovered a 35-metre long triangular platform in the oasis of Dûmat al-Jandal (northern Saudi Arabia). Built in several phases from the 6th millennium BC, this exceptional monument was probably dedicated to ritual practices, some of which were probably funerary and commemorative. To arrive at these conclusions, scientists studied and dated the objects and human remains from deposits found in and around the platform — in the two side niches and also in nearby tombs.

These discoveries, which appear in the journal Antiquity on June 9th, 2020, demonstrate a ritual use during Prehistory, and are a potentially symbolic imprint left by nomadic pastoralists in the landscape during this remote period.