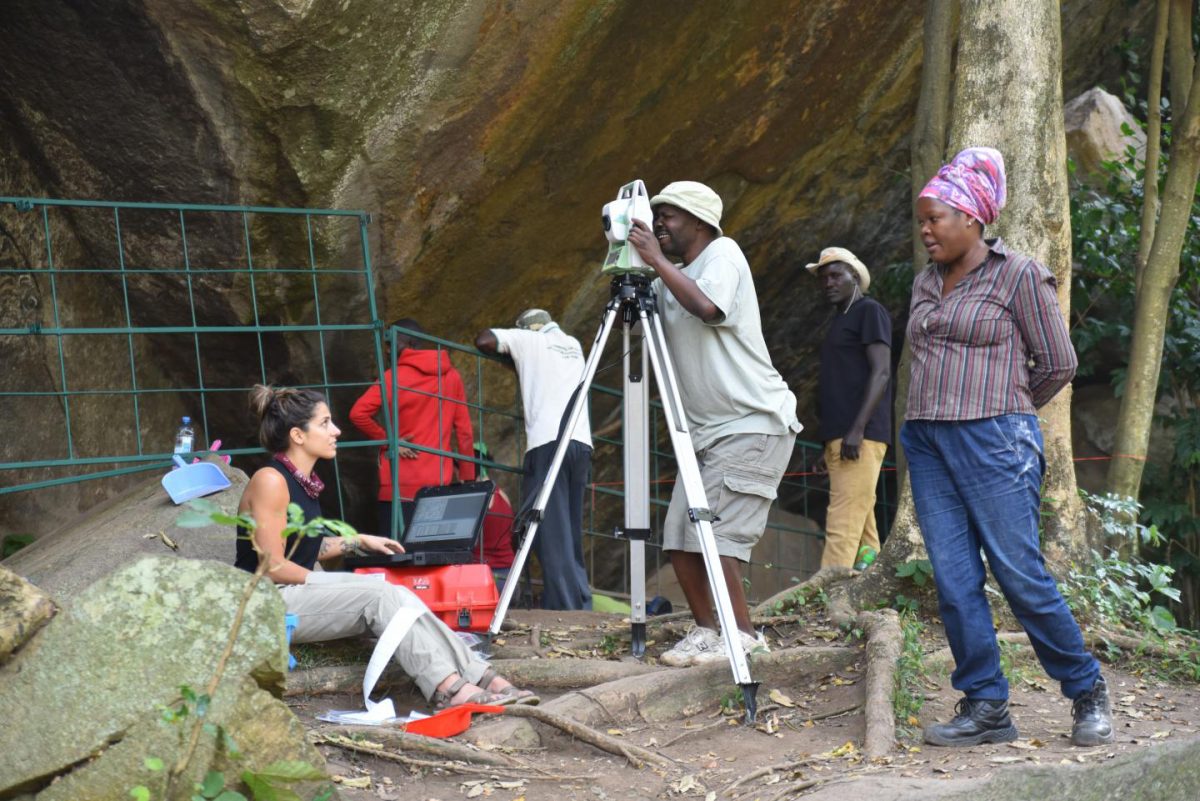 In order to reveal the population interactions that gave rise to Africa’s enormous linguistic, cultural, and economic diversity, an interdisciplinary team of researchers from Africa, Europe, and North America sampled key regions in which current models predict a legacy of significant population interactions. The collaborative study between researchers at the Max Planck Institute for the Science of Human History (MPI-SHH), the National Museums of Kenya and other partners was led by archaeogeneticist Ke Wang and archaeologist Steven Goldstein of MPI-SHH. It sheds light on patterns of population change as food production spread throughout sub-Saharan Africa.

A complex mosaic of interactions

While the spread of food production led to the gradual replacement of local foragers in most parts of the world, foraging lifeways have persisted in several regions of contemporary Africa among populations such as the San in the south, the Hazda in the east and the Mbuti of the central African rainforest. However, the present study shows that, thousands of years ago, the ancestors of these groups once formed an overlapping genetic cline that stretched across much of eastern and southern Africa.

“Restricted gene flow between regional forager groups in contemporary eastern, southern, and central Africa, whether due to climactic and environmental factors or as a result of encapsulation by food producing groups, has likely contributed substantially to the spatial genetic structure we can see across the continent today,” says Ke Wang.

“We are still at a point where we learn a lot from every individual,” Steven Goldstein adds, “the interactions between hunter-gatherers, pastoralists, and farmers were more complex even into recent centuries than we previously understood.”

To better understand these interactions and their impact on subsistence strategies, the researchers focused their investigations on key groups and regions previously identified as significant contributors to changes in food production: eastern and southern forager groups, eastern African Pastoral Neolithic and Iron Age groups, and Iron Age groups related to present-day Bantu speakers.

Mixture and migration during the Pastoral Neolithic

“In such a scenario,” Dr. Emmanuel Ndiema of the National Museums of Kenya explains, “a single base population in northern Africa may have branched into many as some herding groups moved along the Nile corridor, some through southern Ethiopia, and possibly some through eastern Uganda.”

Along the way, migrating pastoralists would have encountered different populations and formed varying inter-community relationships, ultimately resulting in varying integration of diverse ancestries. This model may explain why archaeologists observe stark differences in material culture, settlement strategies and burial traditions between Pastoral Neolithic populations whose ancestries are in fact closely related.

The Iron Age and the Bantu Expansion

Some of the most exciting findings come from the site of Kakapel Rockshelter in western Kenya, where the National Museums of Kenya and the MPI-SHH have teamed up to investigate early farming in the region.

At Kakapel, two individuals dated to roughly 300 and 900 years ago show significant increases in ancestry related to people speaking Nilotic languages today, such as the Dinka from South Sudan, compared to previously published genomes from the Central Rift Valley. This suggests that genetic turnover must have been region-specific and could have involved multiple divergent migrations. Genomic analysis revealed that the 900-year-old individual had close affinity with Dinka populations, but also showed influence from West-Eurasian or North-African groups, suggesting that the population that this individual represents formed between Pastoral Neolithic-related herders and incoming Nilotic (Nile Valley) agropastoralists — not from a major migration of groups with western African ancestries.

Similar evidence is detected from Botswana, where analysis detected the first archaeogenetic support for the hypotheses that herders from eastern Africa spread to southern Africa before the arrival of Bantu-speaking farmers. Despite raising questions about the uniformity of the Bantu Expansion, the current study documents the arrival of people with Bantu-related ancestry in Botswana during the first millennium CE and their subsequent admixture with eastern African pastoralist and southern African forager populations.

“We identified Bantu-related ancestry in Uganda, western Congo, Tanzania and Kenya, which is consistent with the well-documented genetic homogenization caused by the Bantu expansion,” says Stephan Schiffels of the MPI-SHH, “but we also see highly variable patterns of Bantu admixture with regional forager and pastoralist populations in southern Africa.”

“While supraregional studies can help reveal population interactions on a continental scale,” says Schiffels, “we want to emphasize the importance of regionally focused studies to better understand local patterns of cultural and population changes in the future.”